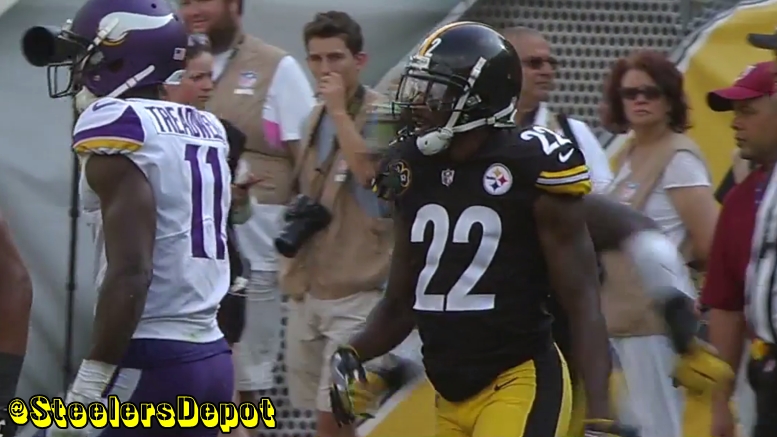 Gay has seen his role diminish in similar, though not quite as drastic, fashion. For the season opener, he saw work as the team’s slot corner while they were still getting to know Mike Hilton. But Hilton took over full-time in Week 2 and never looked back, meaning Gay’s main role came in dime packages. The Steelers have run quite a bit of dime this year but still, a reduction Gay hasn’t had to deal with in his career.

But he’s taking it in stride.

“I don’t give a dang if I’m out there or not,” Gay told Fittipaldo. “I’m going to be out there mentally or physically. Of course, you want to be out there physically so you can put your hand in the pile. But either way I plan on being out there.”

That’s meant a stronger leadership presence, nurturing a young secondary around him. Artie Burns, Sean Davis, Hilton, and the rookies, Cam Sutton and Brian Allen. Heck, Joe Haden might be a veteran but new to the Steelers and acquired at the 11th hour.

“It wasn’t difficult because that’s the responsibility of being the veteran in the group,”

That veteran knowledge has let Gay be flexible in where he aligns. Over roughly the last month, the team has used him more frequently as a deep safety out of dime, allowing Sean Davis to roll up on either a tight end or slot receiver, a more natural fir for both.

This could be Gay’s last season in Pittsburgh. Maybe he makes it to camp but the odds of landing on the 53 man roster again seems tough. If Haden is kept, Sutton will be used in dime packages, leaving Gay without a home. It wouldn’t shock me if the Steelers asked him to make a complete transition to safety; depth is thin there, Gay’s physical skills continue to diminish, and he’s already sorta taken on that role already. That may help his roster odds but only slightly.

For now, Gay is content in his role. Help the others and soak up whatever playtime is offered. Like the rest of his career, it may not have been spectacular but certainly respectable.