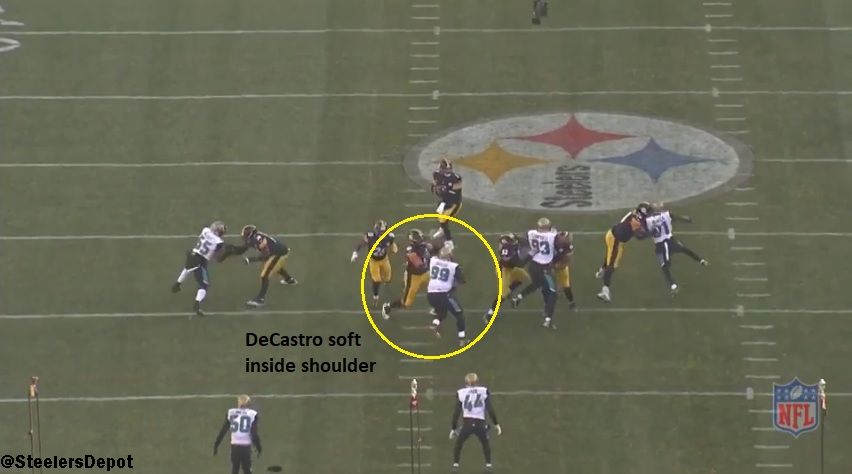 For the final time this year, breaking down the two sacks allowed by the Pittsburgh Steelers in their divisional loss to the Jacksonville Jaguars.

The forced fumble/returned for touchdown at the end of the half. And this one is on Ben Roethlisberger. I get him wanting to make a play but simply holds onto the ball far too long. About 3.5 seconds. He slide steps to his left but that’s into pressure. Alejandro Villanueva does a nice job of sealing the edge and then squaring up to the bull rush counter. But when Ben gives Yannick Ngakoue an angle to go around Villanueva, not through, there’s nothing the left tackle can do. Fumble, sack, touchdown. 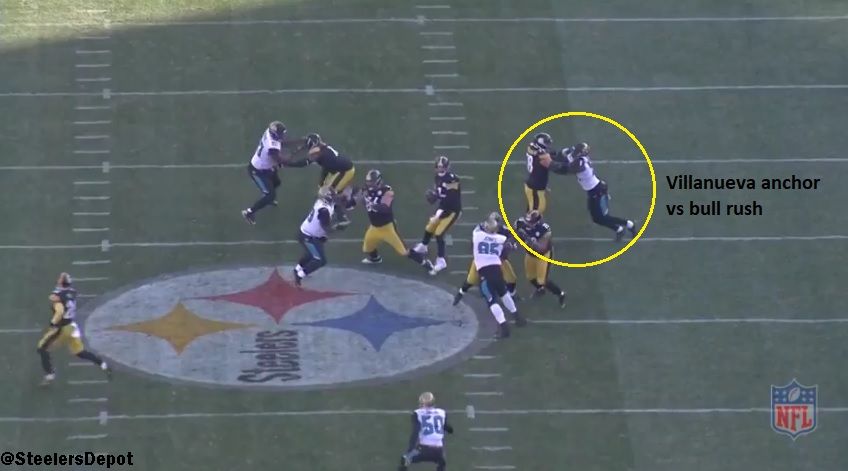 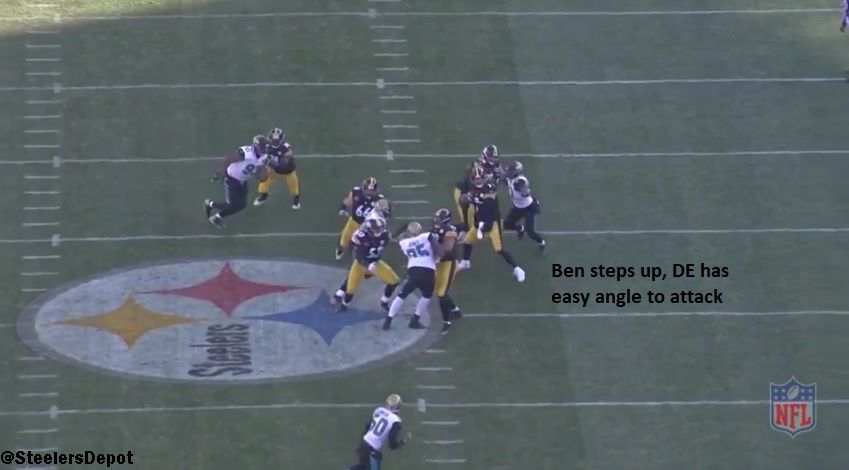 In coverage, I think Ben was going to hit Le’Veon Bell on the crosser but linebacker Myles Jack does a nice job to come down out of his zone coverage and force Roethlisberger to his next read. That’s rush and coverage going together. 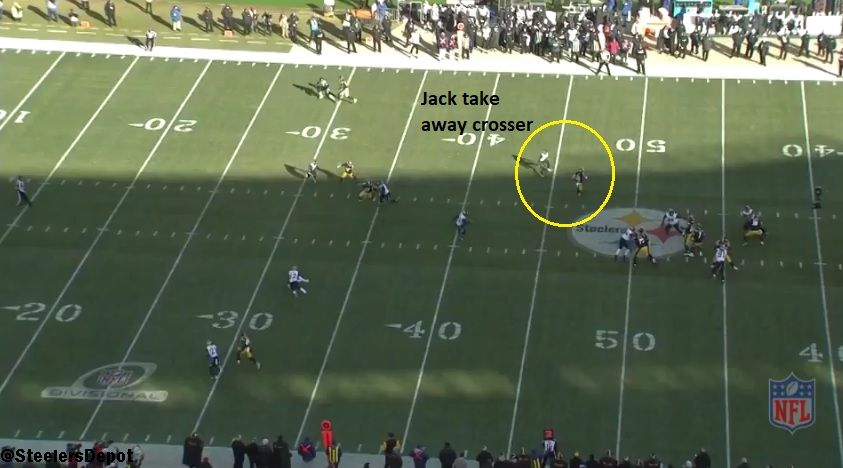 This time, it’s on the line. Specifically, David DeCastro. Not good technique. Isn’t getting his shoulders square vs Marcell Dareus. Something Mike Munchak always preaches. Dareus beats him to the inside, running through him, and dragging Roethlisberger down from behind as he looks to escape. 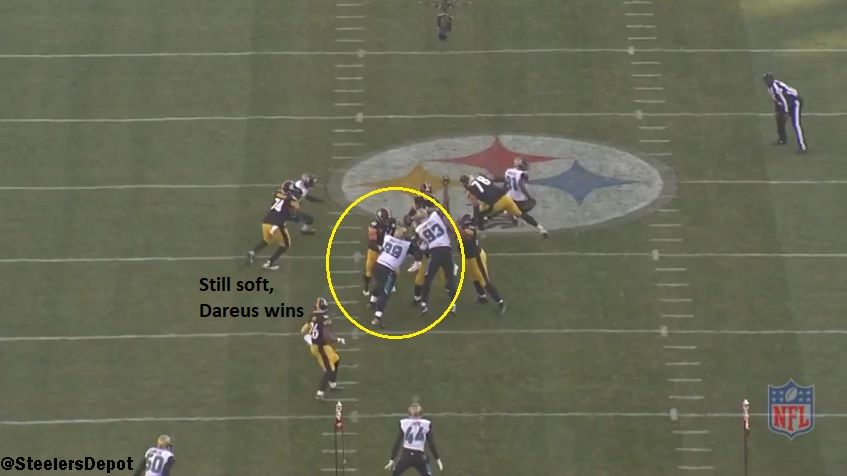 That’s on 66. Luckily, the Steelers got a TD out of this drive and make it competitive at the half.