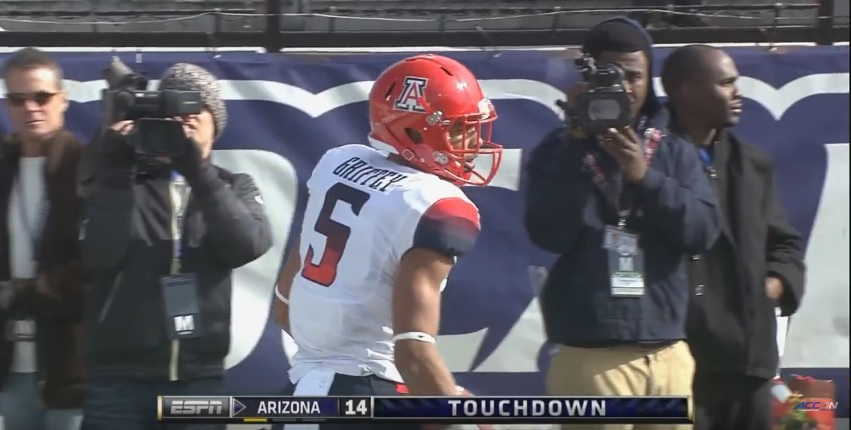 The Pittsburgh Steelers announced the signing of three players to futures contracts, the team tweeted out a short time ago. They are: WRs Trey Griffey and Tevin Jones and RB James Summers.

Neither player has a return background.

Summers, from East Carolina, is a big back at 6’1 218. There is no 40 time listed for him. He played two years for the Pirates after transferring in from a JUCO where he played quarterback before making the switch to running back. In 2016, he ran for nearly 900 yards and over five yards per carry. He spent time with the Arizona Cardinals. Perhaps a college connection helped him land in Pittsburgh. East Carolina’s head coach is Scottie Montgomery, who served as the Steelers’ wide receivers coach prior to Richard Mann.

The team is adding another running back after Terrell Watson signed a futures deal with the New York Giants days ago. Look for full reports on all three players during the offseason.