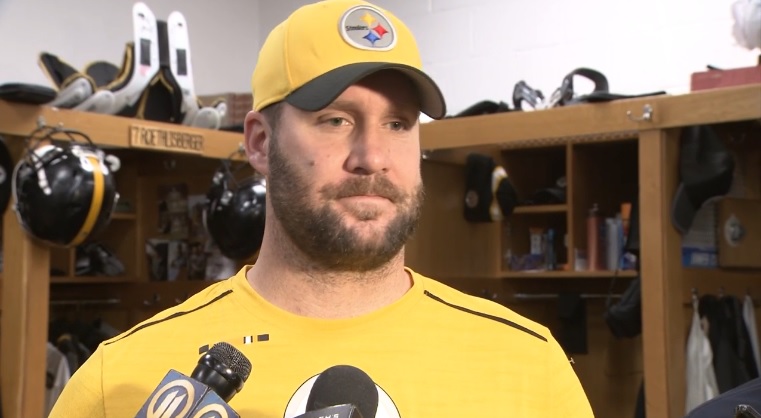 The Pittsburgh Steelers’ 2017 rookie class has been marvelous. But the playoffs are a different beast. And a time for the veterans on the team to step up. That’s what Ben Roethlisberger hoped for in his weekly Wednesday media session.

“I hope some of the young guys will be benefited by being on a veteran team,” he said via the team site. “Because I consider us a veteran team now. Having guys who have been there before to talk, to lead the way by example definitely helped me.”

Because there was a point, well more than a decade ago, where Roethlisberger was that rookie. Players like Jerome Bettis, Jeff Hartings, James Farrior, and Hines Ward were the old guys in the room. They taught Roethlisberger valuable lessons, including to cherish the moment.

“You should never take these moments for granted. I remember hearing that my first year here from some of the veteran guys who hadn’t been there in awhile saying, ‘don’t take this for granted. Embrace it,’ and all this stuff.”

He reflected on his time as a rookie, calling it a “whirlwind” during the back half of the regular season and playoff run. Roethlisberger said the rookie wall was a very real thing and though it might not affect other positions as harshly, it’s an obvious hurdle to clear. College players are down with football by now, on a shorter schedule overall, and now have to gut out as much as three more games in as high-pressured an environment as they’ve ever been in.

Luckily for the Steelers, there are key vets in most places where there are rookies. Arthur Moats at OLB for T.J. Watt. Antonio Brown and Darrius Heyward-Bey at WR for JuJu Smith-Schuster. William Gay at CB for Cam Sutton.

For Roethlisberger, he said the fact he hasn’t won a Super Bowl in a long time is motivation for him. And for those who don’t have a ring, like Brown, Le’Veon Bell, even Joe Haden, the chance to chase it should be equally as motivating.