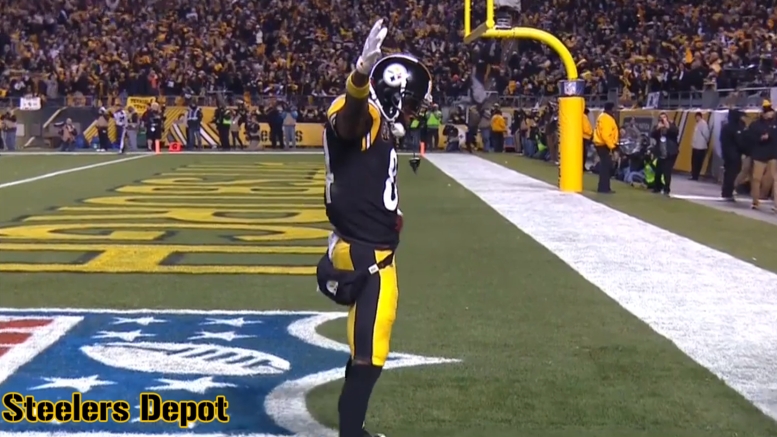 Pittsburgh Steelers wide receiver Antonio Brown officially ended the week listed as questionable on the team’s Friday injury report after failing to practice earlier in the day because he was sent home sick. Brown, however, was expected to be back at the team’s practice facility on Saturday, according to head coach Mike Tomlin, and it appears that has happened.

According to Aditi Kinkhabwala of the NFL Network, Brown was present for the Steelers Saturday morning walkthrough. According to a couple of teammates, Brown looked fully healthy and ready to play against the Jacksonville Jaguars on Sunday.

OK #Steelers fans, breathe easy: Antonio Brown WAS at walk through this morning. According to a couple teammates, he looked fully healthy – and ready for tomorrow's faceoff w/ #Jaguars.

This report from Kinkhabwala comes on the heels of the Friday night report by Pro Football Talk which stated that Brown is expected to be a game-time decision on Sunday because his calf injury is still causing him issues.

Brown, who has been sidelined since Week 15 with a calf injury, was listed Wednesday and Thursday as a full practice participant on the injury report and there’s no reason to think that he won’t play on Sunday according to what Tomlin said about the wide receiver at the conclusion of the team’s Friday practice.

“Antonio [Brown] has looked really good, Tomlin said on Friday. “Today, I sent him home with an illness. I didn’t want him to get any of the guys that weren’t sick, sick. We’ll bring him back in the building tomorrow and continue on with his game readiness but really, I don’t have a lot of reservations about him from a physical health standpoint. We do need to get him well from an illness standpoint.”

Per source, Steelers WR Antonio Brown is currently expected to be a game-time decision. Calf injury is still an issue.