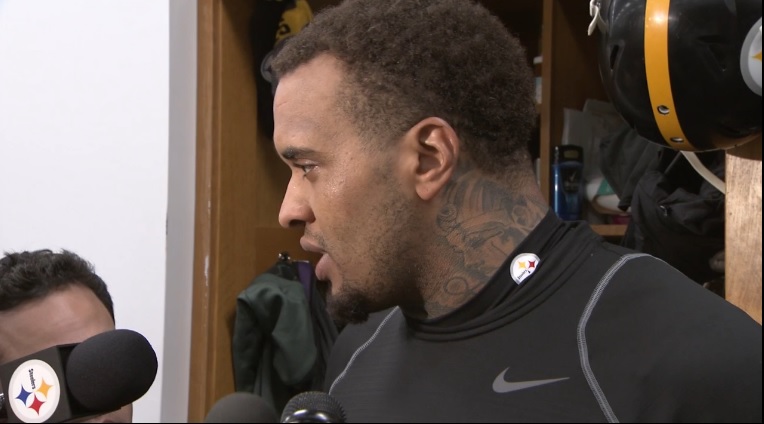 The playoffs are nothing new for the Pittsburgh Steelers. Still, it requires a change in mentality, even during their off week while other teams duke it out to try and advance. For Maurkice Pouncey, and the rest of the group, that change is pretty easy to make.

“Guys are really into it today,” Pouncey said via the Steelers’ team site. “We know it’s an elimination. We could play next week and be at home right after. So guys are really really locked in and focused. This time of year, not every team is in it. We’re one of the teams who are. And we’re just trying to run with it and see how it goes.”

Pouncey credited having a “mature team” and not needing to tell guys to take their game to the next level. As Ben Roethlisberger described it earlier in the week, it’s a veteran bunch and where there are rookies in key spots, like linebacker and wide receiver, there are veterans who have been in the playoffs before to show them the way.

Described as a leader, Pouncey might not be the heart of the team but he feels like its soul. There might not be anyone on the team closer to Roethlisberger and the two have – joked? – that when one retires, the other will too.

For the struggles, and controversy, that’s seemed to engulf the team this year, Pouncey says they’ve gone out and accomplished what they wanted to.

“I think we came into OTAs saying we wanted this. Have a first round bye and try to sweep the North. We accomplished some of those goals. We just got to stay focused, keep our eyes on the prize. The bigger prize is down the line. But we gotta take it one day at a time.”

No, they didn’t capture the #1 seed. But the Steelers, despite their reputation, have proven to be one of the league’s best road teams. It might not have always been pretty, in fact, it definitely wasn’t, but they finished tied with the best road record in the NFL. A 7-1 mark, right up there with those New England Patriots and Los Angeles Rams, as wrote about earlier today.