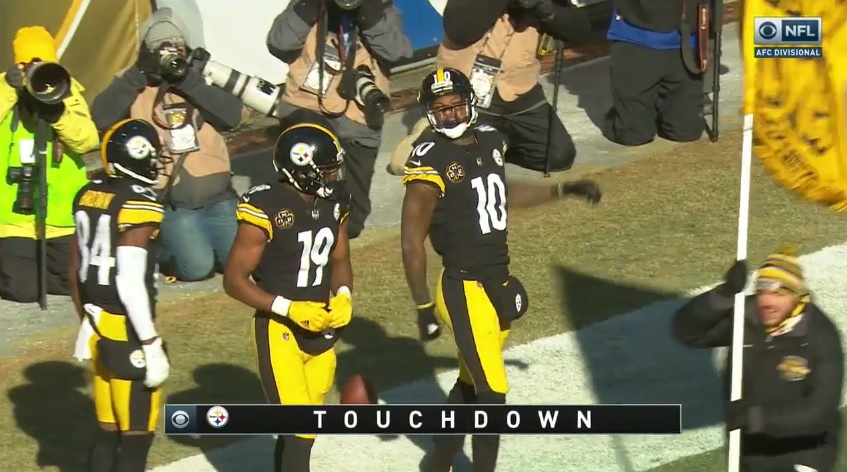 For a large chunk of the year, Martavis Bryant’s name was in the headlines. Mostly for reasons that weren’t helpful to the team. After the mess of taking a shot at JuJu Smith-Schuster, requesting a trade, and getting suspended for a game by the team, there’s light at the end of the tunnel. Not only has Bryant played much better to round out the year but now, he says he wants to remain a Steeler.

This comes from PennLive’s Jacob Klinger, who sent out this brief tweet a short time ago.

Martavis Bryant says he wants to stay with the Steelers.

It’s unclear if Bryant had anything else to add about his future. But hopefully it’s a sign of things being on the mend between he and the team. Bryant was, understandably, frustrated about his lack of a role in the offense, though as Mike Tomlin made it clear, the way he went about showing it wasn’t professional. Instead of talking with Ben Roethlisberger of the coaching staff, he took to social media.

After his suspension against the Detroit Lions, Bryant caught at least three passes in seven of the final eight regular season games. He found the end zone twice and had 55+ yards in his final four games, playoffs included. His effort as a blocker remained and he appeared to be more detail-oriented in his route running and catches, beginning to look like the Bryant of old.

Though the sting of the season abruptly ending remains, some of the drama that could’ve lingered throughout the offseason seems to be gone. We know Ben Roethlisberger will return in 2018. And so will Martavis Bryant.

Thanks to reader CountryClub, Ray Fittipaldo added this piece from Bryant. Bryant said things improved over the second half of the year and he doesn’t want to start over with a new team.

Martavis Bryant wants to return. Said he doesn’t want to start over with another team. Said things improved for him in second half of season