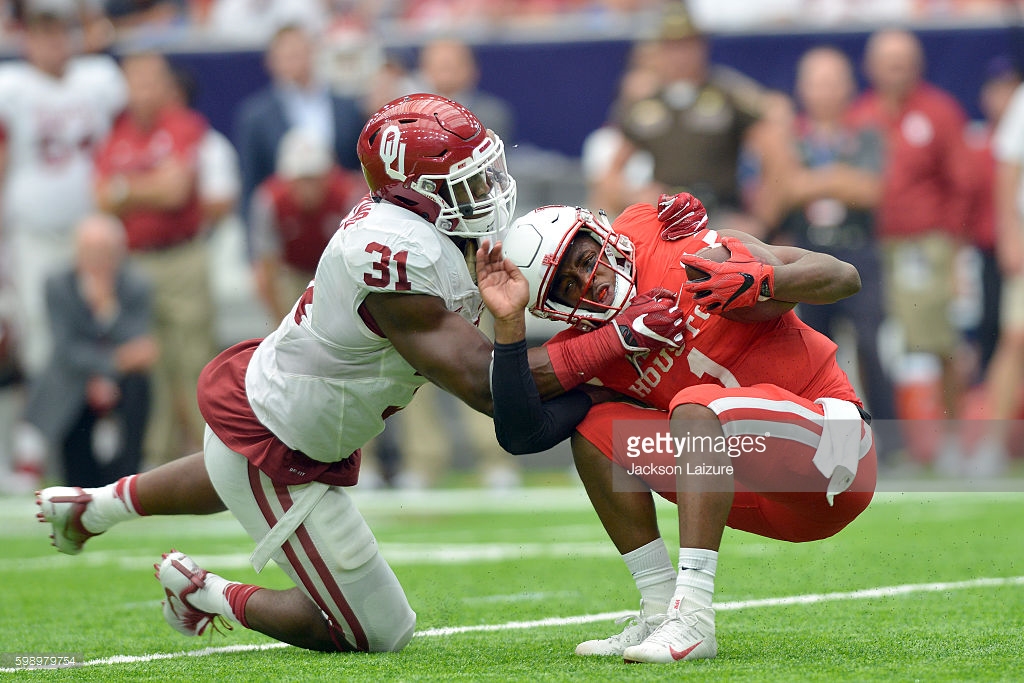 I’ll be creating my first full mock draft in a couple weeks but with the Senior Bowl wrapping up this past weekend, I wanted to do a mock that focused just on those who attended the game in Mobile. The players I – and maybe you, if you’ve been reading the site – are most familiar with. So just keep that in mind – Senior Bowl players in this mock only.

Let me know your thoughts below.

Analysis: Finding a first round pick is a little tougher in this class. 30 players dropped out either by their own decision (like Rashaan Evans) or injury. There may not be more than four or five first round picks from this years class and most don’t fit the Steelers’ needs.

Though there may be concerns a guy like Okoronkwo is just another one of those high-athletic guys, his 6’1 frame is a nice change from the size/weight guys the Steelers have gravitated towards in the past. And his 34 inch arms are unique. He’s gotta be able to hold up on the edge, that’s the biggest concern, but he is a guy who is going to create high quality sacks, something the position sorely lacked a year ago. 20 of them in his career, including 17 the last two seasons.

Analysis: Safety was a tough one to figure out. Could’ve gone in a lot of directions. Landed on Kelly, who I think they like and compare to Sean Davis. Like Davis, Kelly played three years at safety before getting moved to corner his last season, something he volunteered for when the depth chart was thin.

Kelly didn’t have a particularly great or terrible Senior Bowl week but has size, physicality, and enough ball skills to be the heir to Mike Mitchell. Nine career interceptions and five tackles for loss a year ago. Made some clutch plays, including game-clinchers against Stanford and Northern Illinois.

Analysis: Unfortunately, the ILB group was one of the thinnest down here. Warner might be the most interesting name who helped himself during the week. Not the most physical guy but there’s a want-to there and he’s a high level athlete who can replace Ryan Shazier as the Mack linebacker. Steelers need another athlete at the position. Like his size at 6’3 235. Might be able to grow into that frame a little more.

If not Warner, keep an eye on Vanderbilt’s Oren Burks in the later rounds. Injury replacement but fluid mover in what I saw from him.

Analysis: Remember, no fourth rounder after the team dealt that away for Vance McDonald. I call Corbett as just an offensive linemen because he could line up anywhere. Guard is going to be his best home. Tons of starting experience, incredibly strong and hard to bull rush, with the flexibility that can make him the eventual replacement for Chris Hubbard. Fifth round might be a little too low for him, to be honest. One of the best Senior Bowl performances I saw.

Analysis: The one guy I talked to who said he actually met with the Steelers. And it’s easy to see why. Won’t have the triangle numbers some of the other receivers they’ve taken possess, especially in speed, but he’s closer to JuJu Smith-Schuster. Physical, willing blocker, with the right attitude and unselfishness. Still made big plays in the Tigers’ wide open offense, averaging over 16 yards per grab in each of his final two seasons.

Depth is needed with Eli Rogers’ future looking very uncertain. Steelers are an 11 personnel team 75% of the time. You can’t have just three guys. Someone is going to get hurt. Gotta be four deep, minimum.

Analysis: Just taking a flier on this one. I thought Jordan Berry had a pretty good 2017 but Townsend has consistently been excellent and some competition is never a bad thing. Averaged over 47 yards in his final two years with the Gators. Second-team All-American as a senior.

Analysis: Yes, another receiver, but like Demarcus Ayers, this has a special teams focus. Another byproduct of losing Rogers is you lose another return candidate. And the Steelers are one of the thinnest teams in the return game. Berrios did punts only at the U but man, he was good at it. 15.9 per punt return as a senior and he ran one back as a junior.