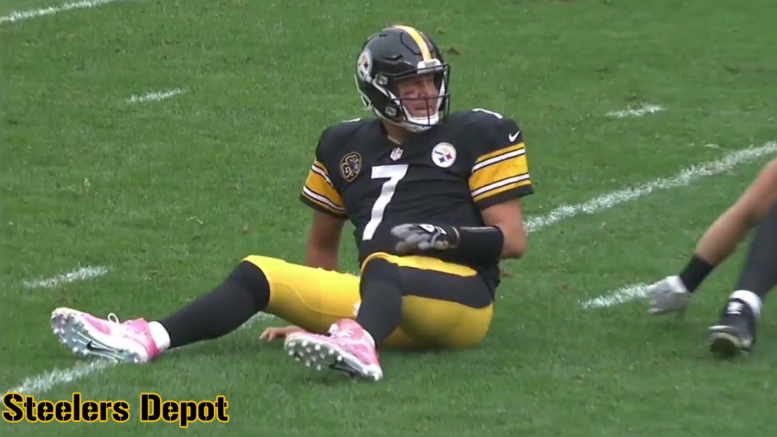 The Pittsburgh Steelers will deny to the bitter end that they in any way were looking past the Jacksonville Jaguars, even while many fans and beat writers were, several of which predicted blowout victories today.

It doesn’t really matter if they were looking ahead to the New England Patriots, who had already advanced to the AFC Championship Game last night. The Jaguars believed it. It would be easy to say that they played like it, but the truth is that they simply played well on offense, despite their defense allowing 42 points.

Jacksonville had a chip on its shoulder, without a doubt. They were not getting the respect that they felt that they deserved simply because of how bad they had been in the past. Since 2010, through the 2016 season, for example, they only won 22 games, which was two fewer than the Cleveland Browns in the same span.

Yet they got off to a 10-4 start before losing their final two games, their playoff seeding pretty much already locked in place at the third seed. Then they beat the Buffalo Bills in the Wildcard Round, their first playoff game and first playoff win since 2007.

So why were so many people looking past them? That was unacceptable. And they knew it. And they played like it.

After the game, linebacker Myles Jack, who intercepted Ben Roethlisberger at the Steelers’ own 18-yard line, told reporters after the game that they felt disrespected by Pittsburgh, whom they believed were taking a victory as a given.

“I was wondering if they got the schedule wrong”, Will Graves Tweeted. “I’m not sure they even talked about playing us”.

Jags LB Myles Jack on if they felt #steelers disrespected them by talking about NE. “I was wondering if they got the schedule wrong. I’m not sure they even talked about playing us.”

Even the team’s social media handlers were in on it. Quoting a days-old Sports Center Tweet wherein Mike Mitchell talked about playing the Patriots again and beating them this time around, the Jaguars’ official Twitter account replied, “you can play them on Madden all offseason”.

You can play them on @EAMaddenNFL all offseason. #DTWD https://t.co/ykG44quI7d

It was a good dig, for sure, though certainly not something you would see coming from the Steelers. And after all, Pittsburgh put itself in the position to take a dig like that. Their focus has largely been on the Patriots since the AFC Championship game a year ago.

But they couldn’t get past the Jaguars, who put up 45 points at Heinz Field after scoring 30 at Heinz Field earlier in the season. They are the only non-divisional opponent to beat the Steelers in Pittsburgh twice in a season, and they have done it twice now.