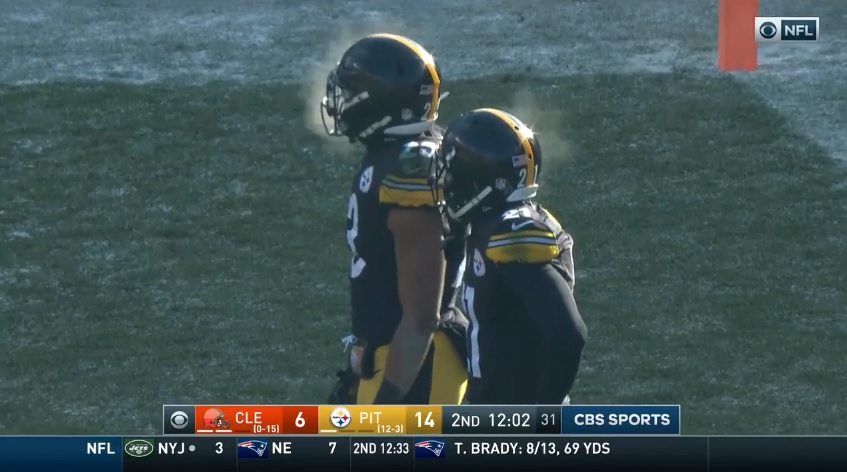 No Pittsburgh Steelers’ fan wants to see the secondary give up a chunk play. Which, unfortunately, has become an all too familiar sight in 2017. What’s especially frustrating is seeing the same exact concept burn the Steelers. And it came only two weeks apart.

I’m talking about Josh Gordon’s 54 yard catch in the second quarter. To the Cleveland Browns’ credit, it was a pretty throw and catch by Deshone Kizer to Gordon. But it should’ve been stopped or at least contested by the secondary. Let’s break it down.

Cleveland fakes an end around to the motioning receiver, running only a one-man route. That’s Gordon, running a post-corner. Fake to the inside on the post, break to the outside on the corner route. 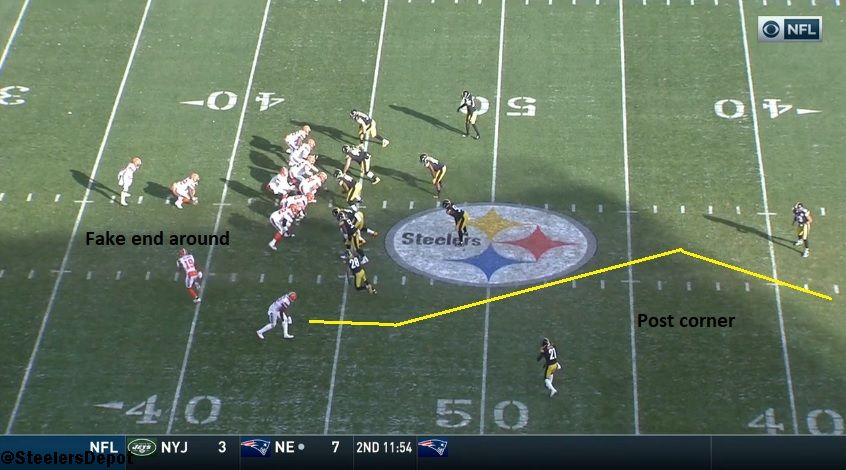 And here’s the whole look at it. Joe Haden points to deep safety Mike Mitchell to try to pass the route off. I’m not sure if Haden was expecting something else coming across. But Mitchell has to respect the middle of the field and can’t break on Gordon until he declares the corner route. Haden doesn’t do well to sink and squeeze the throw and ultimately ends up doing basically nothing on the play. 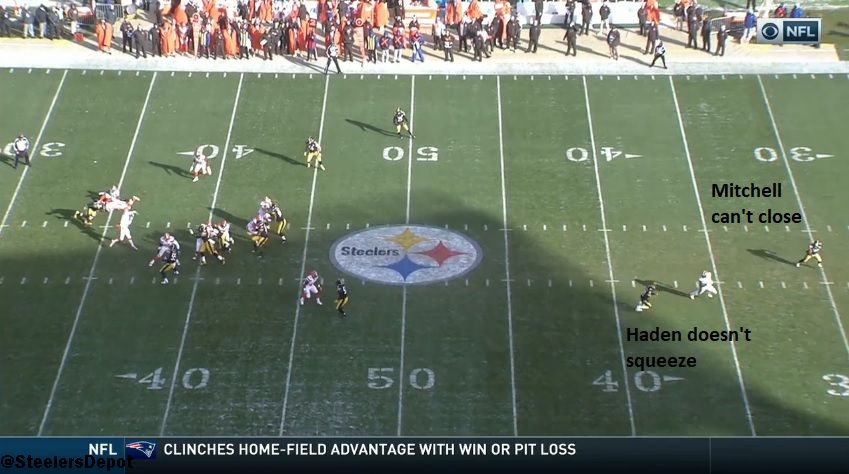 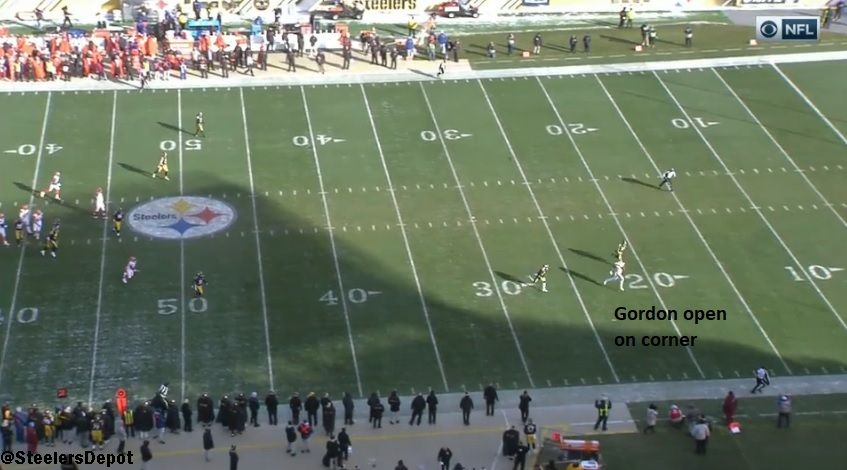 Kizer fires it on the money to the corner. Mitchell can’t get across in time and Haden doesn’t get enough depth. Only the sideline saves a TD. The Browns score right after.

If this looks familiar, it’s because it is. Flashback to two weeks ago against the New England Patriots. Same. Exact. Thing. Fake the end around. Post corner to the sideline. Steelers don’t squeeze it, safety doesn’t get there, and it’s a 43 yard completion.

You know the saying. Fool me once…

The Steelers were fooled again. All the Browns did was look at that Week 15 tape, see what the Pats did well, and dared Pittsburgh to stop it again. And they failed.

It’s stuff like this that must be cleaned up. Playoffs won’t afford this margin of error. And I gotta admit; I don’t have confidence this defense can play clean for a three-game Super Bowl run.