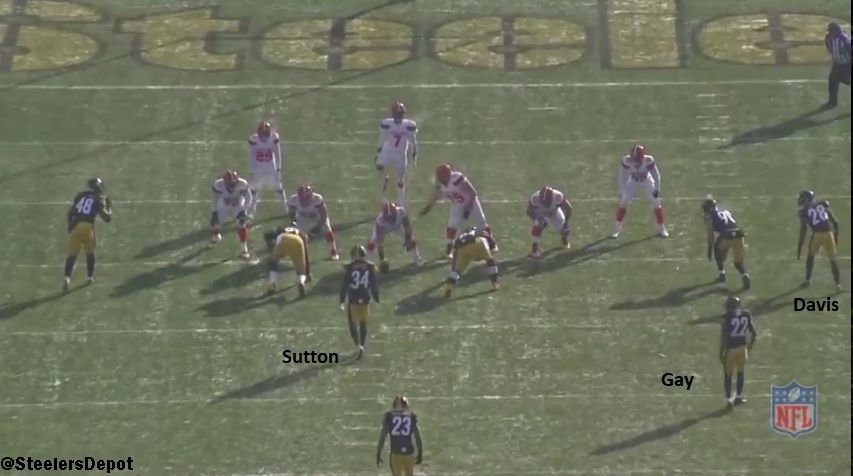 All season, we’ve honed in on how different this Pittsburgh Steelers’ defense looks. No longer is it what Dick LeBeau ran or heck, even what Keith Butler did in his first two years. This isn’t the predictable Steelers’ defense. 3-4 versus base, nickel versus 11, and that’s about it. Not anymore. Butler has thrown the script out the window and you can’t really predict what he’ll do week to week. Or what he’ll add in.

For three plays in Sunday’s finale against the Cleveland Browns, Butler used a seven defensive back dime package. A 2-2-7 grouping. Two defensive linemen, two linebackers – both edge rushers – and seven DBs. Mike Hilton was the nickel, William Gay the dime, and Cam Sutton the seventh DB, whatever you want to call him. Sutton is replacing ILB L.J. Fort, who has been working in dime packages. 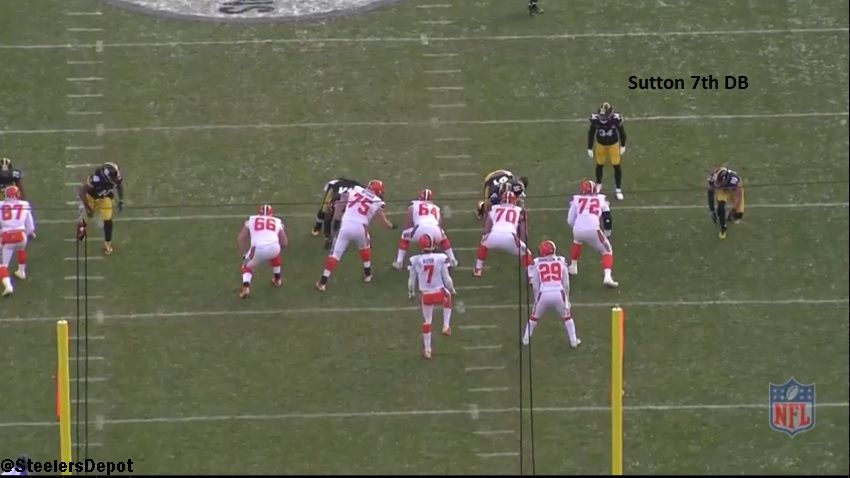 What Butler has also done out of dime and this dime package on steroids is move Sean Davis around. When the Steelers used dime earlier in the year, William Gay was always the robber/rat player, the DB in the box who wasn’t matched up on anyone, with Sean Davis in his SS spot.

That’s changed over the weeks. Often times, Davis will roll up on either the tight end or slot player with Gay taking his safety spot. Like here Sunday. 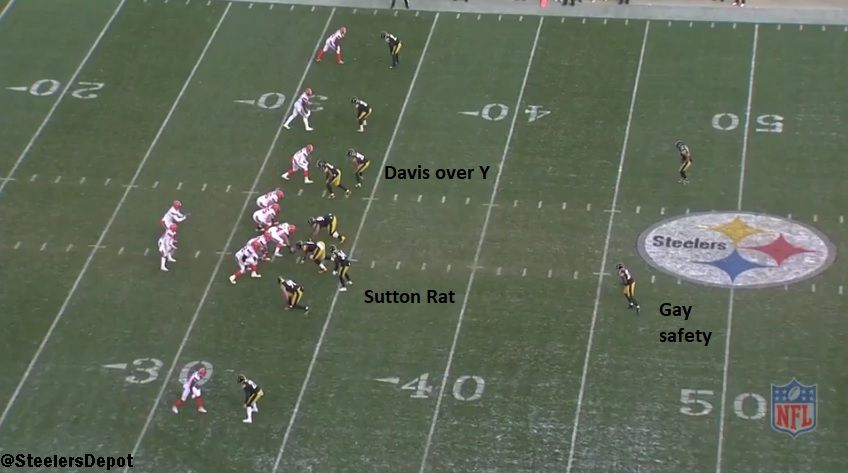 Gay is as much a safety as he is a corner or dimeback anymore and that’s probably a hint that if he’s on the roster next year, even in camp, he’ll be a backup safety.

Again, this all goes back to Butler’s theme of being as multiple as possible. Effectiveness is a separate story but Butler and this defense is as varied as it’s ever been. There’s flexibility to this lineup. Run heavy teams? Butler will now stay in base against 11 personnel or roll with a “big nickel,” a 3-3-5 front. An athletic tight end? Butler will use dime earlier than third and long and roll Davis down and Gay up high. Or any other of the countless things we’ve written about throughout the year.

It’s been a lot of fun to watch. Can’t fault Butler for being different. As the group has grown and matured, Butler’s been adding more to their plate. Unlike last year, the defense may fail, but it won’t be without trying everything they can.