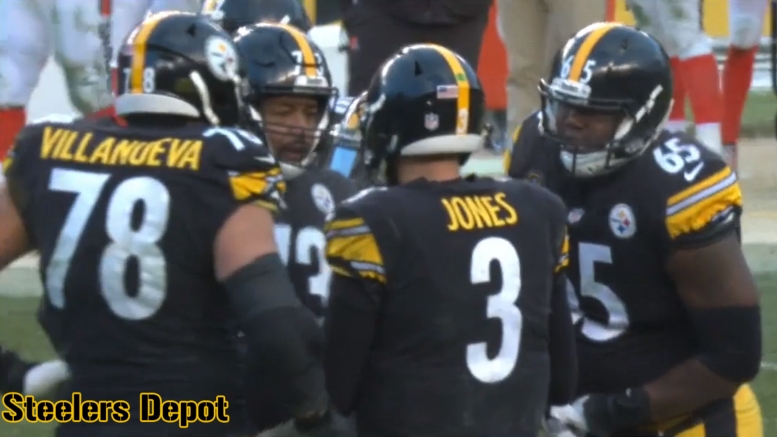 As Chris Hubbard has likely priced himself out of a continuing backup role with the Pittsburgh Steelers heading into the offseason, that has only placed greater emphasis on the future and continued development of Jerald Hawkins, the team’s second-year tackle product out of LSU taken in the fourth round of the 2016 NFL Draft.

The year of 2017 didn’t get off to a great start for him, however. He began it recovering from shoulder surgery, and that was followed by a mixed showing in the offseason and even all through training camp and the preseason.

He made the 53-man roster but was routinely a game-day inactive. He had a minor injury to deal with in the first couple of weeks, but when healthy, and with Marcus Gilbert injured, the team elected to dress Matt Feiler as the backup tackle to Hubbard.

That changed in the second half of the season. When Gilbert was suspended for four games, Hawkins dressed and was used as a tackle-eligible, a role that he reprised in the season finale with starters resting. Hubbard was called into action at center, as well, so he was the only option.

It was, though, somewhat of a shaky performance, which one might think could at least have been influenced by the possibility that he wasn’t necessarily planned to be used in this role. But he did log time as a tackle-eligible prior to B.J. Finney’s injury that put Hubbard at center, so that was not the case.

In the middle of the first quarter, the Steelers lined up in 22 personnel, Hawkins and Vance McDonald to the left. Hawkins did a good job of washing the linebacker inside, though the play only gained a yard.

Later in the first, running out of 13 personnel, all the tight ends to the right, the lineman was beaten off the line of scrimmage by Carl Nassib, who got around him and helped set up a tackle for a loss of four yards, recorded by Jamar Taylor.

A few minutes later on the same drive, now at the goal line, Hawkins again lost his battle at the line of scrimmage, the defensive lineman able to turn him inside with relative ease, even bringing him to a knee, able to join in on the gang tackle late for a run of no gain.

Two plays later, on fourth and goal from the one, he was lined up next to Gilbert with the two tight ends on the other side of the formation. He attempted to downblock for a fullback dive, but the defender penetrated and helped set up a tackle for loss.

Later in the game, at least, he looked better on a block away from the play working against Nassib, this time again out of 13 personnel, all tight ends aligned next to one another. That is a look they’ve rarely shown, it at all, this season prior to the finale.

This game was certainly not Hawkins at his best. He performed better during his four-game stint in Gilbert’s absence, and it would have been nice to see him end the season on a better note, as he likely won’t dress during the postseason. He has a big offseason ahead of him.