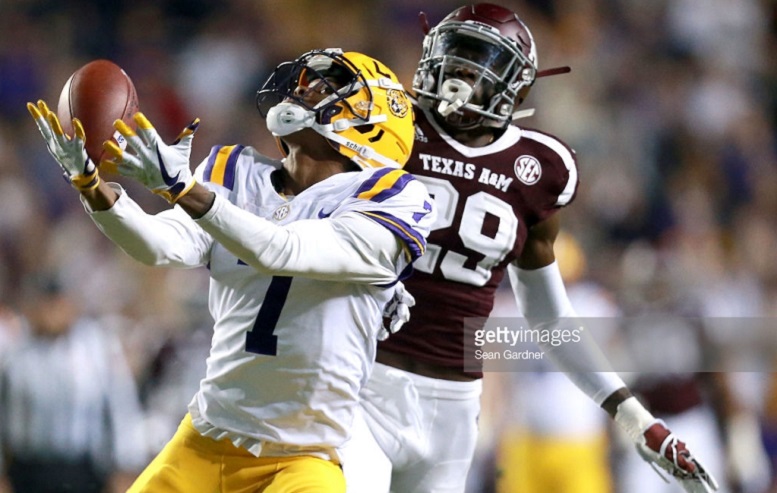 It’s officially mock draft season for fans of 28 NFL teams and on Friday, Daniel Jeremiah of the NFL Network released his first prediction of 2018.

In his mock of the first round of the 2018 NFL Draft, Jeremiah has the Pittsburgh Steelers selecting LSU cornerback Donte Jackson with the 28th overall selection.

I wouldn’t be shocked if the Steelers took a running back like Derrius Guice or Ronald Jones here, but I have them landing a very talented cornerback instead. Jackson has inside/outside flexibility and he might be the fastest player in the entire draft.

In three seasons at LSU, Jackson registered 130 total tackles, one sack, 4 interceptions and 19 total passes defensed. The 5-foot-11, 175-pound speedster announced more than a week ago his intentions to enter the 2018 NFL Draft as an underclassman.

Currently, the Steelers appear to be in fairly good shape at the cornerback position and especially if veteran Joe Haden is retained during the offseason. He, Artie Burns, Cameron Sutton and Mike Hilton, all figure to be atop the Steelers depth chart in 2018 with Brian Allen potentially serving as depth at the position.

In short, it would come as a surprise to see the Steelers spend a first round draft pick on a cornerback being as they have a bigger need for another inside linebacker and free safety. Jackson, however, will certainly be a player to watch at the NFL Scouting Combine in just over a month from now.

We’ll have a full breakdown and player profile for Jackson in the coming weeks.