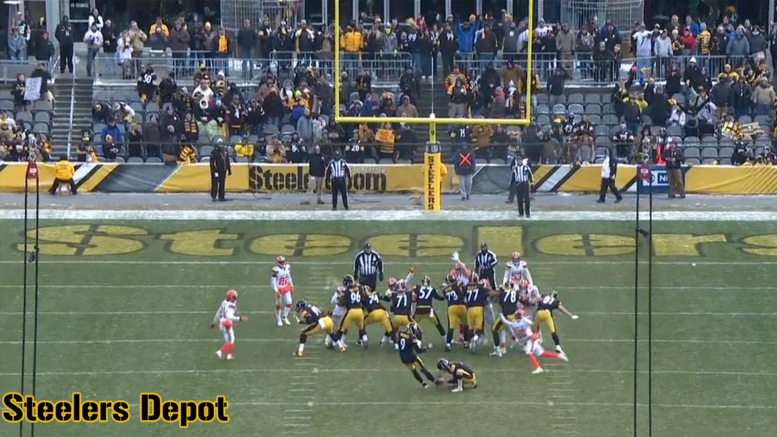 The last three weeks have been good to Pittsburgh Steelers third-year kicker Chris Boswell, and he didn’t even have to do a whole lot of heavy lifting yesterday during the regular season finale. During that span, he became the first Steelers kicker in decades to be named to the Pro Bowl, broke the franchise record in field goals made in a season, and now, set a new franchise single-season scoring record.

Currently standing as the third-most accurate kicker in NFL history with a minimum of 90 field goal attempts, the former undrafted free agent has been something of a revelation for the Steelers since they picked him up off the scrap heap after the first quarter of the 2015 season.

And while this has been a good year for Boswell, it was a bad one for Norm Johnson, the Steelers’ kicker from 1988 to 1995. It was Johnson’s mark of 34 field goals made during the 1995 season that Boswell broke last week, finishing the season with 35 made field goals on 38 attempts. Johnson connected on 34 of 41 attempts.

A week after breaking that Johnson franchise record, Boswell’s four successful extra points made in the season finale also pushed him past the 141 total points that Johnson scored for the Steelers during that 1995 season, accumulating 102 points on field goals and another 39 via extra points.

Boswell’s 105 points on field goals added with his 37 successful extra points give him 142 points scored during the 2017 regular season, which is now the most that any player has scored in franchise history. He can thank JuJu Smith-Schuster and his 96-yard touchdown for the opportunity to break the record, though he did have a successful field goal taken off the board because the Browns jumped offside, and the offense ending up failing on fourth and goal.

You may not be surprised to learn that the top 33 single-season point totals in team history are all from kickers. Boswell also owns the 19th– and 32nd-most points in a season in franchise history. The highest total by a non-kicker is Willie Parker’s 2006 season, when he recorded 13 rushing touchdowns and three receiving touchdowns for 96 points.

Considering that he has now scored more points in a season than anybody in Steelers history, can we really deny him entry into the ranks of the ‘Killer Bs’? He has even satisfied the modern criteria of connecting from distance, making all of his four attempts from 50 yards and beyond, including a game-winner from 53 yards out, the longest in Heinz Field history in an NFL game.