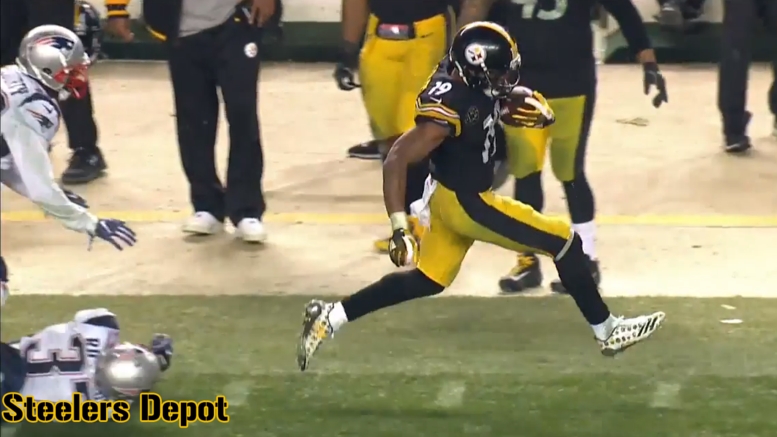 It has been somewhat of an unusual experience in recent year for the Pittsburgh Steelers to be getting highly meaningful contributions from rookies. There are a number of factors that play into the reasons for that, which don’t need to be discussed at the moment, but suffice it to say that it has allowed us all to ride along with JuJu Smith-Schuster this year, and it’s been a fun trip.

In spite of the fact that the second-round pick has had to miss two games this year—once due to a hamstring injury, and then because of an unjust suspension—the USC product has already turned in a very solid rookie season for himself, with two games yet to play.

Games in which he is likely to play an even bigger role. Actually, I shouldn’t say likely, since it is assured. With Antonio Brown shelved at least until the start of the postseason, Smith-Schuster is going to be getting plenty of targets in the passing game over the course of the final two games of the regular season, a load that he will have to share with Martavis Bryant, Eli Rogers, Darrius Heyward-Bey, Justin Hunter, and the members of the other position groups.

And he is coming off one of the better games of his rookie season, catching six passes for 114 yards and authoring the play that nearly set up a win, taking a crossing route 69 yards from the Steelers’ 21-yard line to the Patriots’ 10-yard line. I don’t think we need to rehash yet again what followed, though.

That offensive explosion came after a fairly quiet period for the rookie. Of course, he had just missed two of the previous three games, and the game in between, he was limited to just 17 yards on four receptions. In the game prior to those three, he had four receptions for 47 yards.

The heart of his rookie season preceded that, of course. In back-to-back games, though separated by the bye week, Smith-Schuster put up big numbers. Topping off a thrilling win in Detroit with a 97-yard touchdown, he caught a career-high seven passes for 193 yards and the score. Then he caught five passes for 97 yards and another score.

At the moment, he sits at 43 receptions for 699 yards and five touchdowns on the season, and he is averaging 16.3 yards per reception. His four receptions of 40 yards or more ranks eighth in the league, and nobody with more has done it on as few receptions, though a few who also have four have fewer receptions.

It’s been fun riding with Smith-Schuster so far, and I get the sense that we’re only getting started.