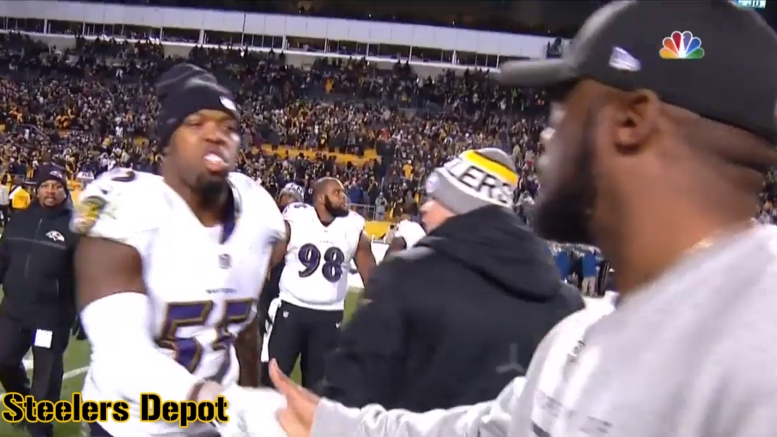 Never in the history of the rivalry between the Pittsburgh Steelers and the Baltimore Ravens have more points been scored in a single game than last night’s division-clinching victory for the former, the home team, who just barely edged out their biggest rival by a margin 39 points to 38.

That should not come as too much of a shock, as, for the bulk of their time together in the league—the Ravens beginning as a franchise in 1996—the defining trait of both organizations has been their defense. In 49 games all-time, the Steelers have been held to 20 points or fewer 27 times, and the Ravens have been limited to that same mark 28 times. 16 times, both have scored 20 points or fewer in the same game.

But while 38 may be a series-high score for the Ravens, the Steelers have topped the 39 points that they scored twice before. Their peak was a 43-23 blowout in 2014, during which Ben Roethlisberger threw six touchdown passes.

But they also scored 42 points all the way back in 1997, in just the third Steelers-Ravens game ever, in a game in which the Ravens scored 34. The 76 total points scored in that game stood as the series-high for over two decades until last night, when Chris Boswell’s last-minute kick to put Pittsburgh ahead 39-38 brought the combined score up to 77.

The Steelers won their 24th game in the regular season against the Ravens with that 77th point, to 20 losses, and have now won three in a row after losing four in a row, including a game in the postseason, to Baltimore.

As I talked about yesterday before the game, this was also an opportunity for them to claim their first series sweep of their arch rival in nearly a decade, a feat that they last accomplished during the Super Bowl season of 2008. That year, they beat the Ravens three times, including in the AFC Championship game to advance to Super Bowl XLIII.

The two wins vault the Steelers up to 11-2 on the season, setting up a pivotal showdown next week with the New England Patriots in a game that could determine who hosts the AFC Championship game. Meanwhile, the second loss to Pittsburgh finds the Ravens clinging to the sixth seed at 7-6.

Imagine if the series had gone the other way, though. If the Ravens had beaten the Steelers twice this year, both teams would be sitting at 9-4 right now, with Baltimore owning the tie-breaker, and in position for the third seed in the AFC.

That is the importance of dominating your division, which the Steelers have done this year. They are currently 5-0 against the AFC North, with only a season finale hosting the Browns left to attend to, and Cleveland has not won a game yet this year. 38 percent of your schedule is in your own division. You’d better own it.