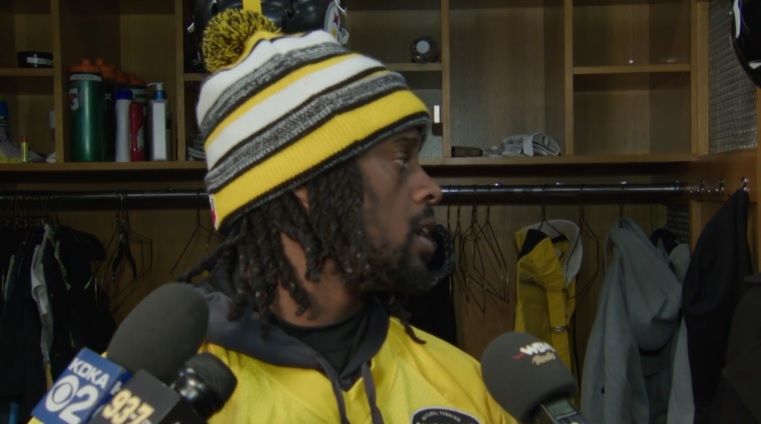 Replacing Ryan Shazier is an impossible task. But picking someone up who knows the system is a good place to start. That’s why Sean Spence was brought back into the fold. Speaking with reporters yesterday, he says there isn’t much of a difference in the playbook from when he left to today.

“I went to Tennessee for a year and it was pretty much the same thing. I didn’t miss much.”

Spence played under Keith Butler in 2015, Butler’s first year taking over, and then followed Dick LeBeau to Tennessee in 2016. After a brief stint with the Colts, marred by injury, Spence is back in the LeBeau/Butler system.

“Some things here and there,” Spence said when asked about the differences in Butler’s defense. “But nothing that was too hard to pick up.”

It’s likely Spence’s first goal will be on special teams, where he made a living during his first stint in Pittsburgh. Arthur Moats is likely to start at the Mack linebacker Sunday night against the Baltimore Ravens. But when the team needed to replace Shazier in the past, they did use a rotation, Spence and Vince Williams splitting time. That can’t be ruled out either for the remainder of the season. Butler hinted as much Thursday afternoon.

“Me and AB used to talk at least once or twice a week. Me and Golden talk almost every day. I had a group chat with Ryan and Vince. We trained together in Arizona. So we kept in contact.”

Obviously, Spence is coming in under less-than-ideal circumstances. He called getting signed a “blessing” but witnesses Shazier go down Monday night.

“As soon as I saw Ryan go down, my heart dropped. I felt for him. I saw him grab his back. And then when I saw they had to bring the stretcher out, I dropped to my knees and said a prayer for him before I went to sleep for him and when I got up.”

Though not nearly on the same level, Spence himself came back from a severe injury, tearing multiple ligaments in his knee during the final preseason game of his rookie season. Since leaving the Steelers, he’s started six games, recording 50 tackles and three sacks. He will wear #51, the number he previously donned with Pittsburgh.