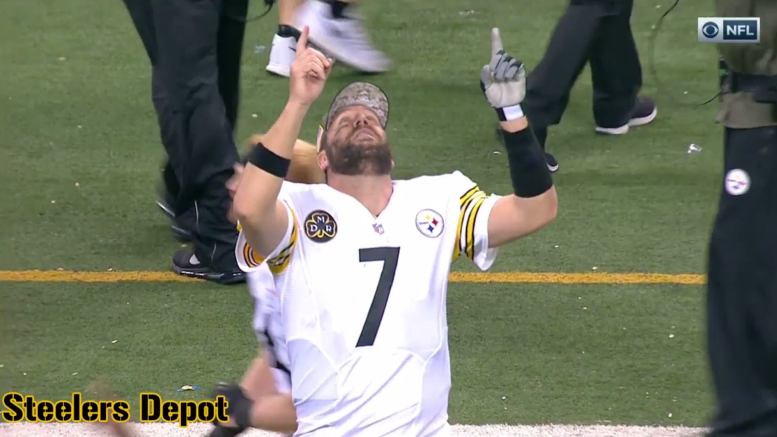 The Pittsburgh Steelers keep winning ugly. But they keep winning. And that is the key. The AFC North leaders are 10-2 so far this season, their best start in over a decade, and with the win have assured that their game against the Patriots in two weeks will be for the first seed in the AFC.

Far too often, this season, this team has had to demonstrate its mental toughness, but time and again, they have done so, coming through with big wins. Their resiliency through adversity has to be the story of the season to date. Through controversy, through injury, through drama, through self-inflicted wounds and simple struggles, the Steelers have been down on the mat, but gotten back up, and even won.

Last night was just the latest example of that. They were dealt a critical emotional blow early in the game with the injury suffered by inside linebacker Ryan Shazier, who was immobilized and transported to a local hospital. No update on his status has been given, and the anxiety of uncertainty is a cloud that still hangs over the locker room, the organization, and the broader NFL community.

And truly, the Steelers played through most of the half pretty much looking like a team that had the wind knocked out of its sails. They trailed 17-3 at halftime, and it really could have been worse. The defense looked bad throughout the night, the run defense in particular being porous, first Joe Mixon and then Giovani Bernard dominating through the middle.

As the game wore on, however, the offense particularly was able to slowly get into a rhythm. Le’Veon Bell nearly had 200 yards from scrimmage with his first receiving touchdown of the season, and Antonio Brown, nursing a toe injury, had yet another 100-yard game with another touchdown with eight receptions as he further separates himself from the rest of the league.

And yet another win. “We’ve got a no-blink group”, Tomlin said. The record suggests as much.