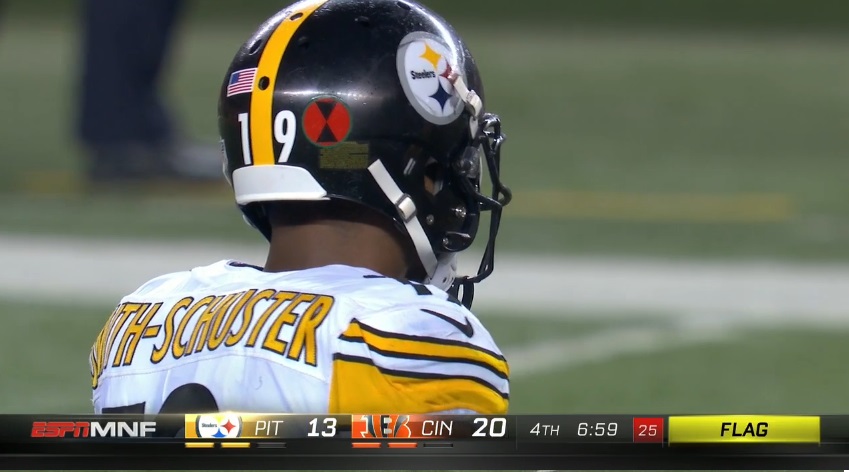 After showing up on the team’s injury report Thursday as limited with a hamstring injury, Pittsburgh Steelers wide receiver JuJu Smith-Schuster ultimately ended the week listed as questionable. Smith-Schuster, however, is expected to play Sunday against the New England Patriots, according to a Saturday night report by Adam Schefter of ESPN.

Smith-Schuster, who was also limited on Friday because of a hamstring injury, missed the Steelers Week 14 Sunday night game against the Baltimore Ravens due to him serving a one-game suspension for an illegal block he had on Cincinnati Bengals linebacker Vontaze Burfict during the team’s Week 13 Monday night game.

The Steelers could certainly use a healthy Smith-Schuster in the slot Sunday at Heinz Field against the Patriots. The rookie enters Week 15 with 37 receptions on the season for 585 yards and 5 touchdowns.

The Steelers list of seven inactive players won’t be announced until 90 minutes prior to the kickoff of Sunday’s game and that’s when we’ll know for sure if he’ll dress and play.