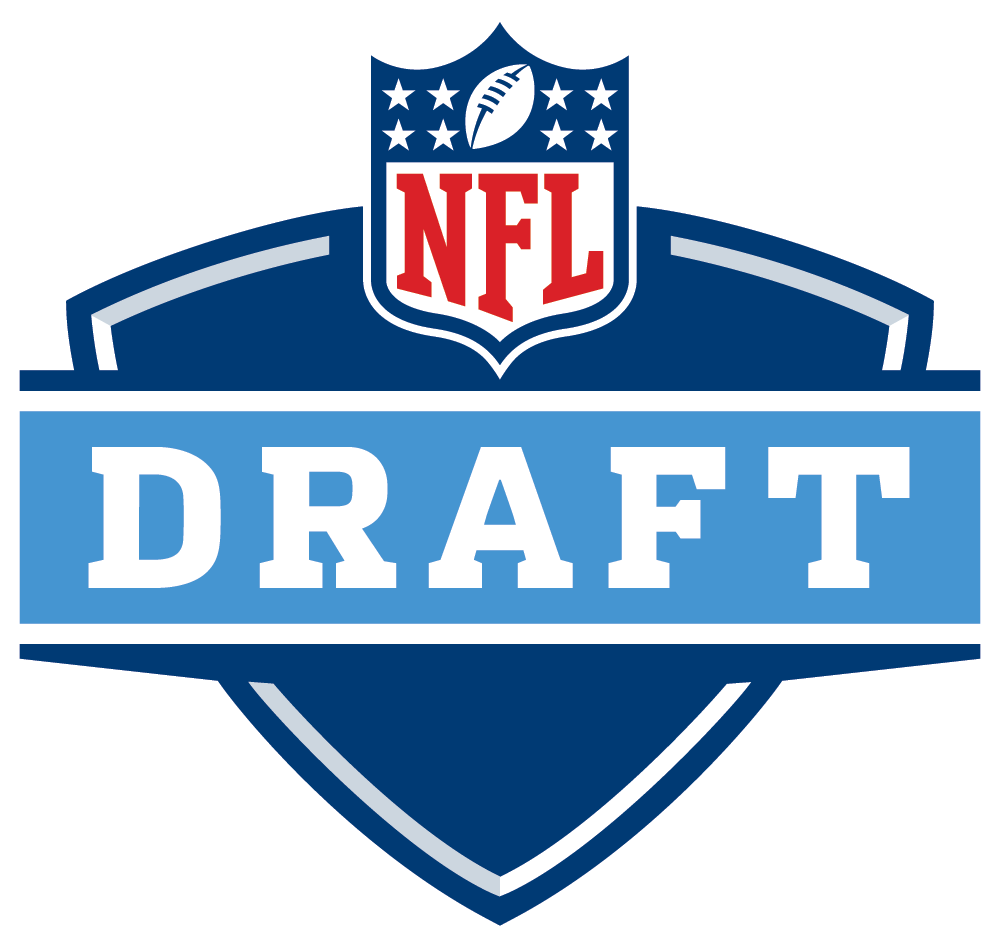 Bowl season is really starting to heat up. Today, we will see six ranked teams and a number of NFL prospects whose journeys to the league are beginning to intensify. This starts with their respective bowl games.

Virginia has four guys who have the opportunity to get taken within the first five rounds.

The Cavaliers safety, Quin Blanding has shown flashes of having the ability to be a top NFL safety. When I think of ball hawk, I think of Blanding. He is gifted with athleticism and speed. He plays deep most of the time and could succeed in any number of NFL zone schemes. I have been impressed with his ability to read the quarterback and tackle. He is one of the more unique safeties in the draft and should go late on day one or earlier on day 2.

Linebacker, Micah Kiser has been an animal this year for the Cavs defensively. He is 6th in the nation with 134 total tackles, not to mention his 5 sacks and 9.5 tackles for loss. Kiser is a big guy who adds a little extra when he hits. He is able to cover tight ends and slower receivers because of his speed and athleticism. He does have occasional trouble with his reads and attacking the line of scrimmage on running plays. A lot of mock drafts have him going on the third day, but I think with a solid showing throughout the next couple of months, he could go on day 2.

DE, Andrew Brown (6-4, 285) is a large, physical player. Brown’s most impressive attribute is his first step off of the line. He is a gifted pass rusher and constantly disrupts offenses in the backfield (9 tackles for loss in 2017). Brown’s draft stock lies around the middle rounds.

QB, Kurt Benkert may be a first round choice any other year, but not this one. This season, he has shown flashes of being able to make several different throws. He is extremely athletic at 6-3, 215 and has decent pocket presence. His timing on throws has been very elite this year. He is also extremely tough in the pocket and doesn’t go down easily. In 2018, he is a mid-round pick.

Do not expect any players from Navy to get drafted as each player must serve for two years before being eligible to play in the NFL.

There are plenty of NFL prospects in the Camping World Bowl. We have to start by talking about Oklahoma State QB, Mason Rudolph (6-5, 235). Rudolph has great footwork paired with athleticism that allows him to extend plays and make things happen. Rudolph compares to Eagles QB, Carson Wentz. He is a big, athletic quarterback with a strong arm and the ability to move in the pocket. Rudolph projects as a top tier franchise quarterback because of his presence in the pocket and great vision. The main question surrounding Rudolph is his draft stock. Some see him as a top ten pick while others don’t see him until going late in the first round or early in the second.

Rudolph’s partner in crime has been WR, James Washington. This guy has the potential to make any catch in the book. He has freak athleticism and is a dangerous deep threat. He is not going to wow you with his size at 6-0, 200, but he is extremely tough, and will fight for every jump ball and each extra yard. Washington is one of the best receivers in the draft and has a chance to go in the top 32.

Right tackle, Zachary Crabtree is going to hear his name called in either the third or fourth rounds. His strength is his run blocking, but if he wants to play in the NFL, he needs to get a little better pass blocking. He has an excellent ability to get through to the second tier of defenders and block on running plays.

Ok. State, safety, Tre Flowers is extremely fun to watch. Flowers has impeccable closing speed. He has the vision of an NFL safety and does a superb job reading the play as it develops, and letting his instincts take him from there. He projects as a third day guy, but I think he is going to be very successful in the NFL.

The Hokies have one of the better linebackers in college football. Tremaine Edmunds hits awfully hard and has speed that allows him to run all over the field. He seems to constantly be involved with the action and around the football. He has decent coverage skills and has a shot to be taken in the top 2 rounds.

Virginia Tech DB, Brandon Facyson has a great first step and has great size (6-2). He is one of the best corners in the draft and is projected to go on the second day. He has good tackling abilities and plays physical football. He will succeed more in zone coverage compared to man as he has had trouble with quicker receivers. He looks to be a guy taken in the 3rd or 4th round.

CB, Greg Stroman, ILB, Andrew Motuapuaka, OG, Wyatt Teller and C, Eric Gallo are other Hokies to look out for in next year’s draft.

Heisman candidate, Bryce Love (5-10, 196) has been a running machine for Stanford. He has incredible vision and hits holes with force. His 1,973 rushing yards and 17 touchdowns were no fluke. He is very shifty and has the tools to break out multiple 20+ yard runs. Love also has great footwork and makes quick cuts that fool defenders. He will most likely go late in the first or early in the second.

DT, Harrison Phillips (6-4, 285) has the makeup to be a run stuffing stud. He has serious strength that he showcases when controlling the line of scrimmage. He opens up holes for teammates when the offensive line is focused on him. Phillips also has a keen sense of where the play is headed. He, unlike some big men, does not give up and will keep pursuing until the play is over. Phillips has a draft stock that lies in the 2nd or 3rd round.

CB, Quentin Meeks is another Cardinal with a high ceiling. He is physical at the line of scrimmage and uses his size (6-1, 200) to gain an advantage. He has very good closing skills and

is athletic enough to play all over the field. Meeks is only a junior, but if he declares he could be taken early on.

The Cardinals’ Offensive Linemen, David Bright, Casey Tucker, and Jesse Burkett all possess NFL potential along with Linebacker, Peter Kalambayi and FS, Justin Reid (junior who has not declared).

TCU has plenty of guys who have aspirations of playing in the NFL, but many may not get drafted. Guys like WR, John Diarse, RB, Kyle Hicks, OG, Matt Pryor, DE, Mat Boesen and OLB, Travin Howard all fit this profile.

The one Horned Frog who is likely to go in the draft is Offensive Tackle, Joseph Noteboom. It is quite the coincidence that ‘boom’ is in his last name as this 6-5, 320-pound beast manhandles defenders at times. He doesn’t have the best mobility which might mean an NFL team transitions him to the guard position. Noteboom could be drafted in the mid-rounds if he impresses over the next couple of months.

Spoiler alert, this game holds another NFL-ready QB. Washington State Quarterback, Luke Falk (6-4, 205) has incredible accuracy. He has thrown 39 interceptions in 43 career games which is due to his occasional poor decision making, not his precision. He knows how to throw a football and, with a couple years learning under a veteran quarterback, could be very good in the NFL. He is similar to Kirk Cousins. Falk has impressed, but not enough to be a 1st rounder in my opinion. I see Falk going on the second day as long as he shows up the next few months.

DE, Hercules Mata’afa looks to be a second day pick out of Washington State. Mata’afa is a junior and could return to WSU, but there is belief that he will declare. I could see him getting asked to adjust to linebacker at the next level because of his stature (6-2, 250). He may not have the strength to constantly go up against professional O-linemen, but he sure has the speed to be successful. He is an explosive ball hawk that does extremely well against the run.

The Cougars also have offensive linemen, Cody O’Connell and Cole Madison who will be later rounds picks. DE, Garrett McBroom (6-3, 280) is an underrated player to keep an eye out for, too.

Michigan State Center, Brian Allen is not a coveted prospect, but has the capabilities to play on Sundays come 2018. He has impressive knockdown skills and has been consistent since taking over the starting role for the Spartans.

RB, L.J. Scott is a 6-0, 230-pound junior that will not make a decision about the NFL until after this bowl game. Scott would be smart to return to MSU as his draft stock is not very great right now. His ceiling is high, but he has had trouble holding onto the football. Scott’s best attribute is his downhill running. He possesses a load of power.

OLB, Chris Frey and DE, Demetrius Cooper are another two Spartans that might hear their names called, but not until very late in the draft.