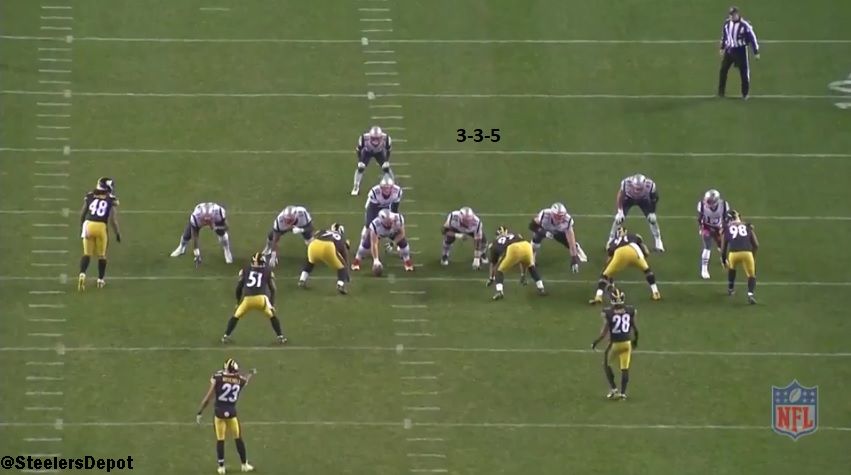 For the New England Patriots, Keith Butler took a long look at his playbook.

Then he threw it right out the window.

At least, that’s what it felt like. Everything we knew about the Pittsburgh Steelers’ defense, or thought we knew, totally changed. Which, to get it out of the way, isn’t a bad thing. It’s New England, after all, and Butler did everything he could to tailor his scheme and personnel groupings to what the Patriots do.

So that’s what we’ll look at today. Not the effectiveness but the ideas that were running through Butler’s head and the many, many different looks he offered up.

In a word, you can describe the Steelers’ defense as “big.” Big meaning three defensive linemen. On snap count alone, you saw Javon Hargrave played 65% of the time. Pretty sure that’s a season high by a comfortable margin. When the Steelers went sub-package, it wasn’t a defensive linemen coming off the field. It was a linebacker.

Fans have been asking about it for years. In an early Christmas present, you got your wish; a 3-3-5 “big nickel” defense. Of the 60 defensive Steelers’ snaps, they used big nickel on 34 of them. Two looks. 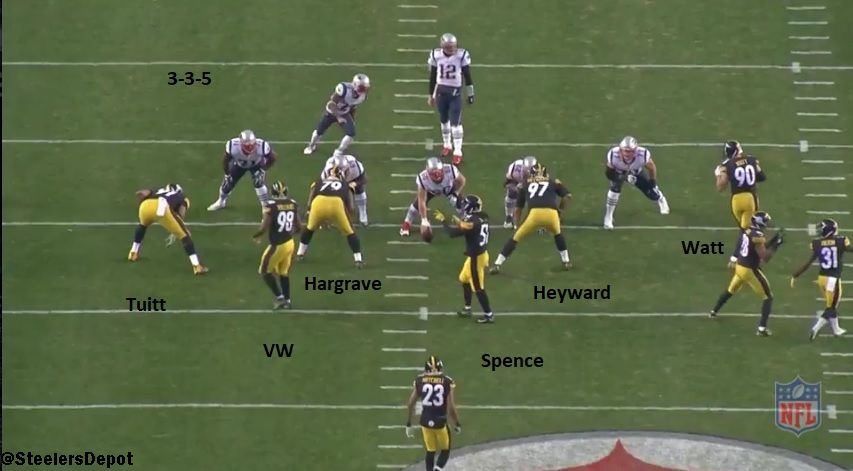 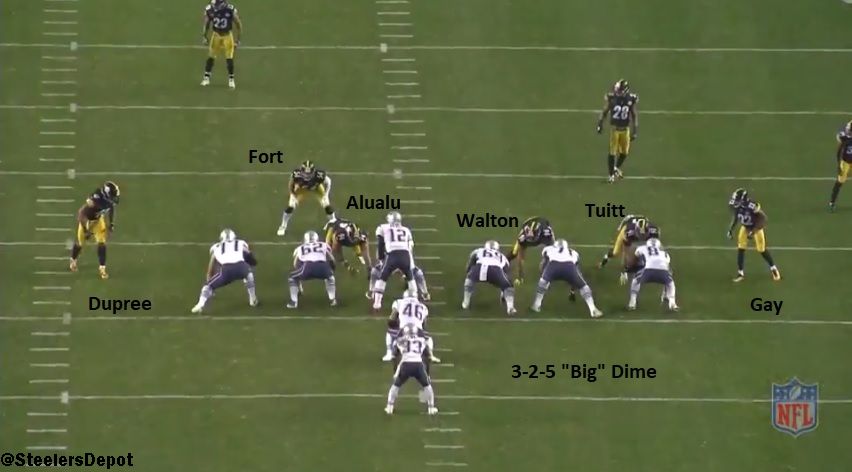 Speaking of which, you didn’t often see both OLBs on the field. By our count, it only happened on 15 snaps, 25% of the time.

And it looked like the Steelers busted out a new goal line/short yardage package. A “big” 4-3. Four defensive linemen, three linebackers, three safeties, and a cornerback. They did that twice. Robert Golden came on to replace Cam Sutton with Artie Burns remaining out there at cornerback. 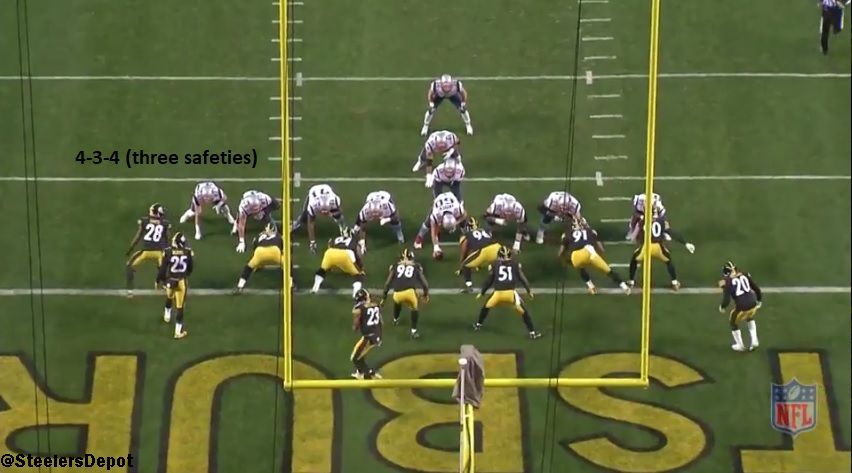 Not a lot of blitzes, though that isn’t necessarily uncommon for Butler this season (9 of 39 snaps – 23%) but even less creativity and sending the house. Six rushes sending five or six and he mostly just either sent an ILB or Hilton from his nickel spot. No safeties, no boundary corners, nothing too crazy. And as PFF pointed out, a lot more man coverage.

And for a large part, it worked. Was it perfect? No. Were there breakdowns? Clearly, especially on the final drive, which the players seemed to own up to.

But I’ll give Butler this. Time and time throughout the year, he has added in wrinkles and adjustments to his defense in response to the problems his defense has faced. Sunday was a RADICAL change. Dick LeBeau wouldn’t recognize this defense. That isn’t a bad thing and against the Patriots, a Steelers defense that has always mightily struggled needed a facelift. They got it.