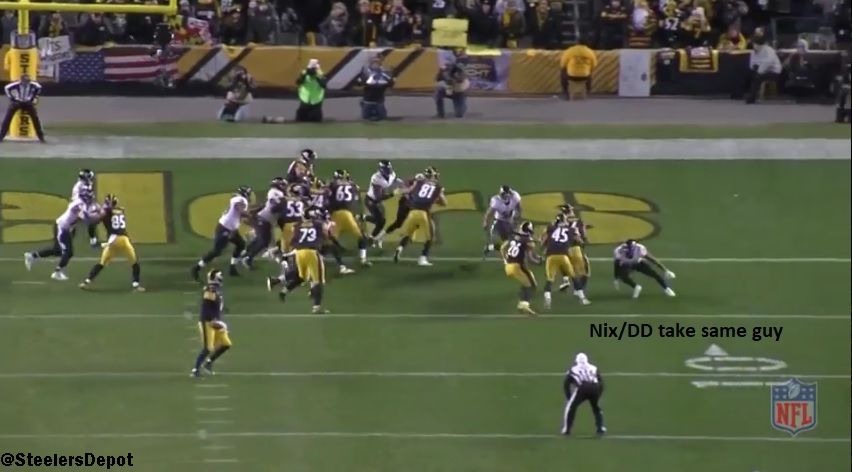 Game notes from the Pittsburgh Steelers bonkers 39-38 win over the Baltimore Ravens. 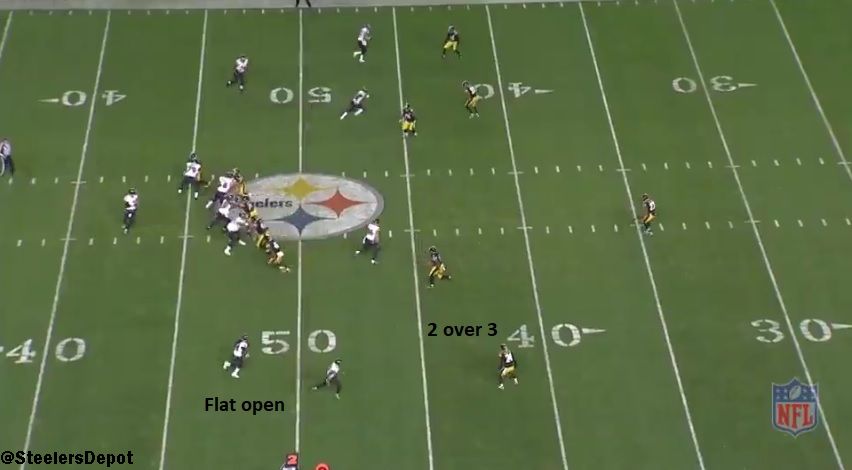 – Sean Davis interception. Two deep zone but no one attacking vertical down the sideline. Good move not to get width and take the seam, picking the pass off. Too bad it was all downhill from there… 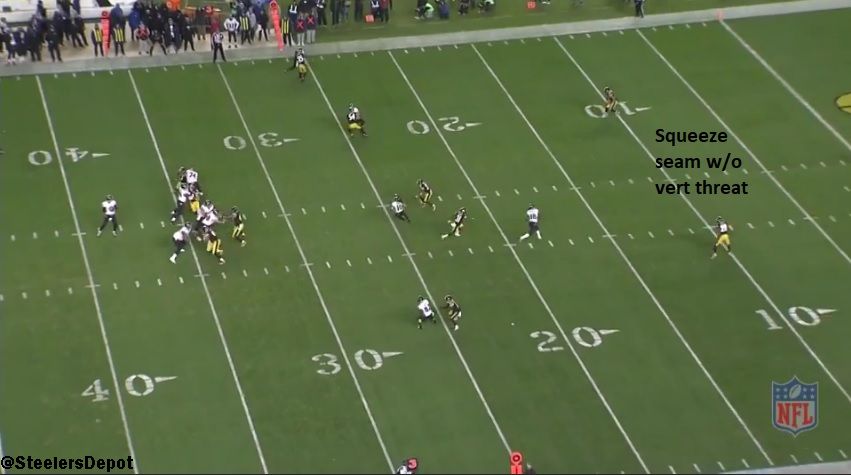 – Villanueva gets dusted on the first snap. Terrell Suggs swims over. 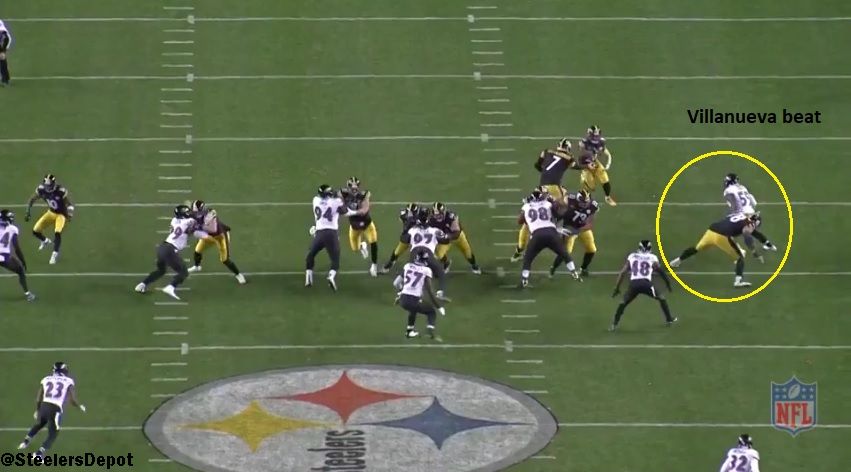 – Linebackers get depth. Ben Roethlisberger makes a good decision to hit Jesse James on the underneath crosser. 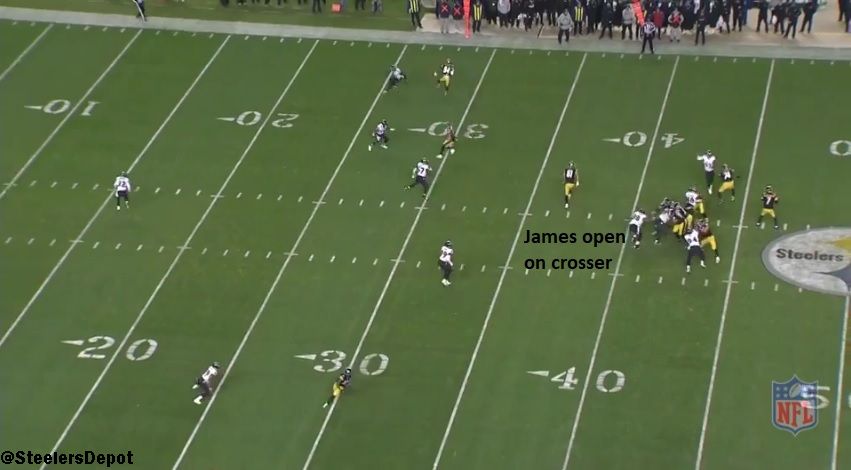 – Why align the ILBs like this? Vince Williams away from the strength, no one outside shade on the OT. Run goes right for seven. 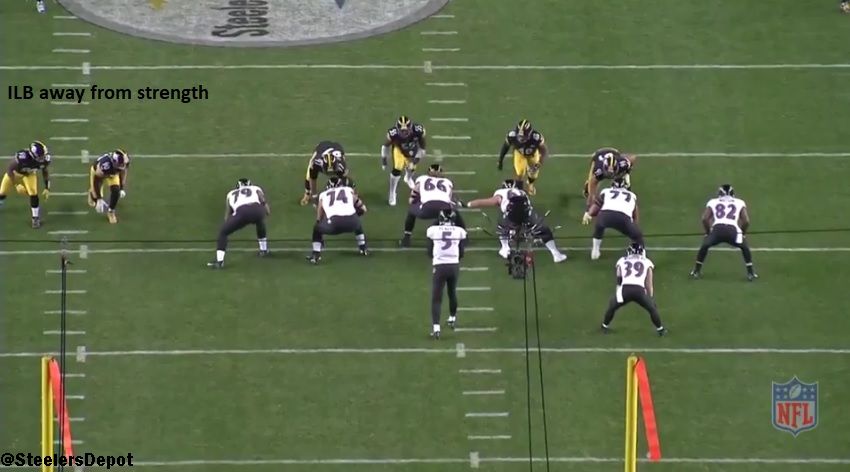 – Bud Dupree has to do a better job attacking the inside half here. 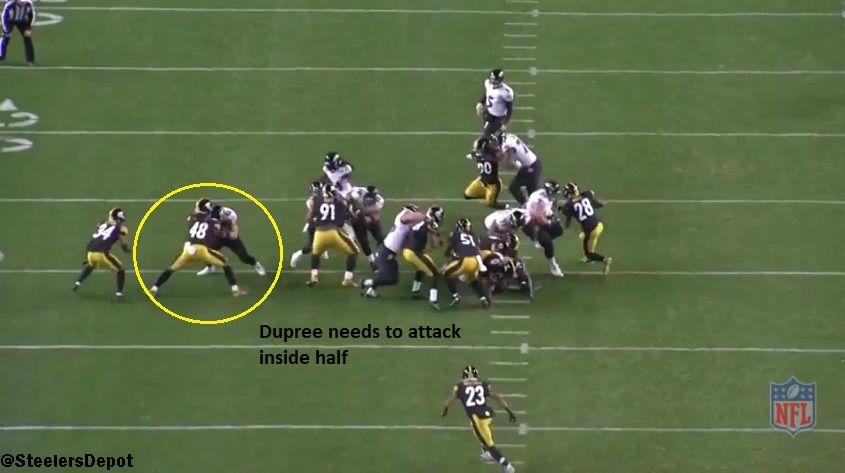 – Sean Spence missed tackle. Mike Mitchell did a great job taking on the puller, Spence is clean, has to make the play. Better clean it up as he gets more reps.

– Underrated part of the FG operation. Clean “pocket” for Chris Boswell on this 52 yarder. Know the kick is going to be more low-liner than others so you can’t allow any penetration. 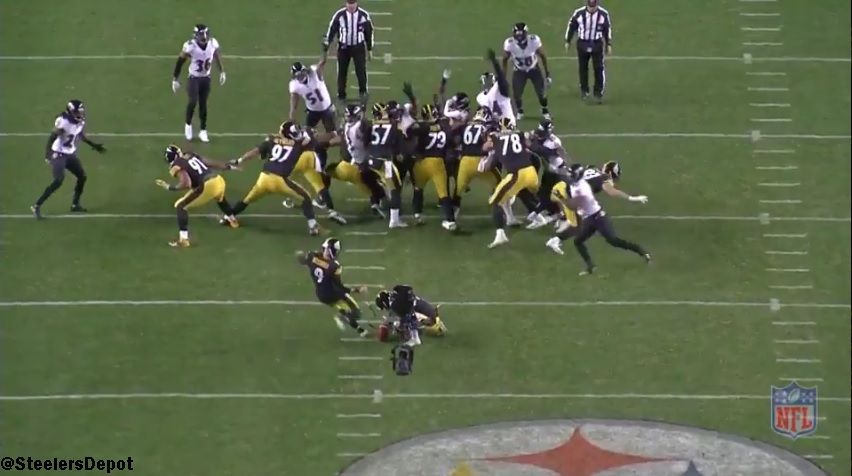 – Cam Sutton late to fill on the crack/replace. Slow to recognize. RB hits the hole. 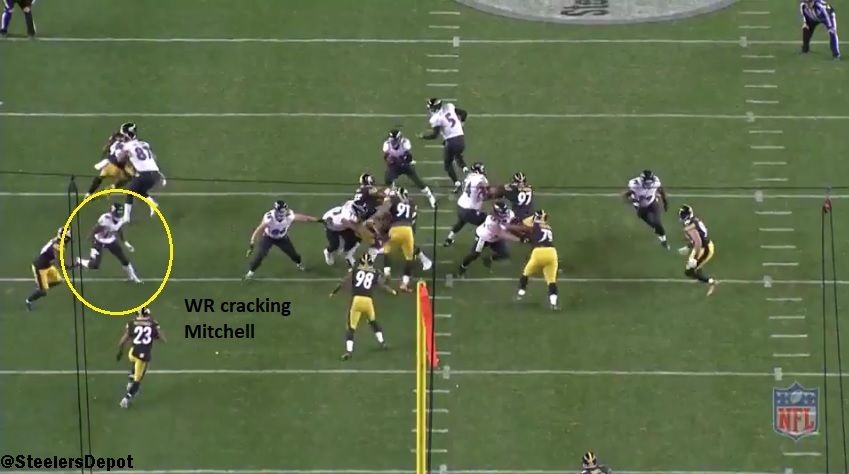 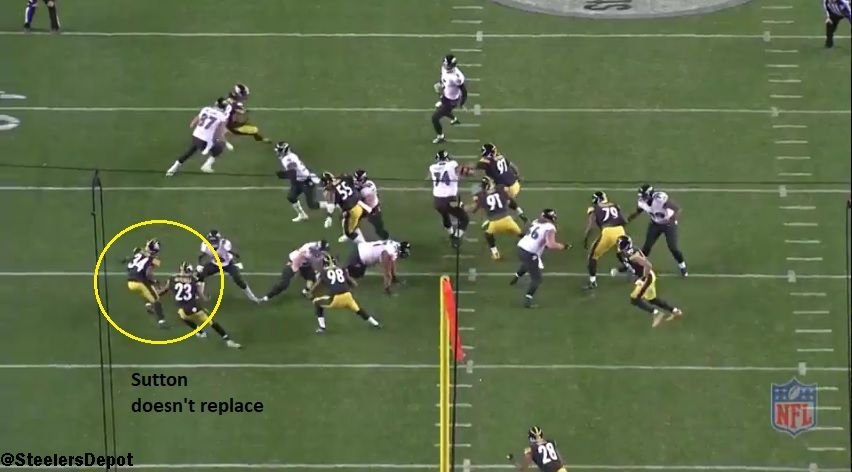 – Punt coverage. DHB/Allen the gunners. On the line. Watt-Fort-Canaday-Moats-Chick. Nix/Davis the wings, Golden the upback.

– Loss of one on this screen. Can’t happen.

– Heck of a punt by Jordan Berry. 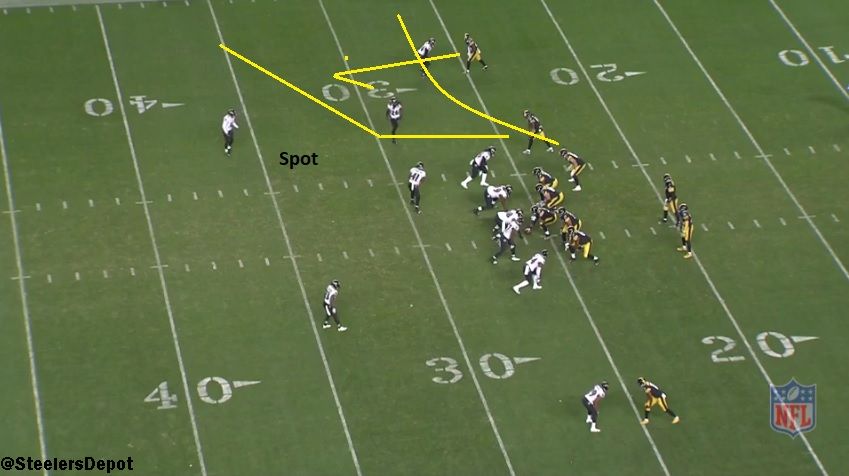