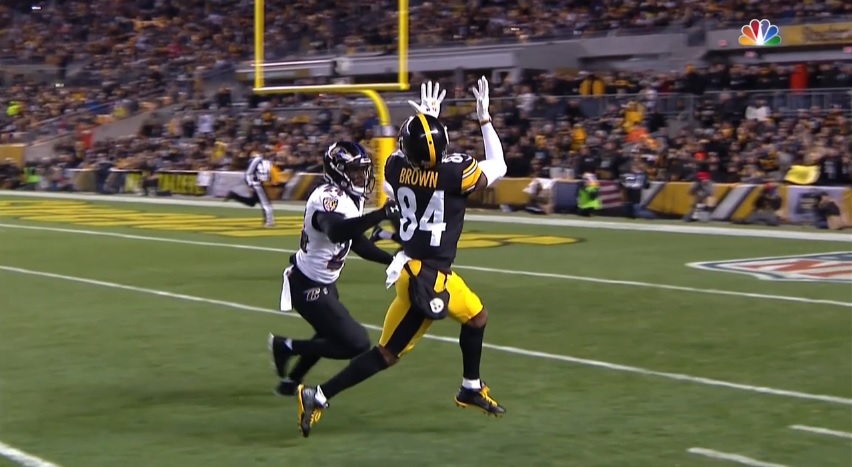 Antonio Brown doesn’t look like much. 5’10, 195 pounds. Definitely not someone who profiles as a vertical, sideline threat. But three times Sunday night, he beat the Baltimore Ravens exactly that way.

1. Release off the line
2. Separation at the top his route
3. Flashing late hands

And yet again, he’s proven why he’s the best in the world. Let’s dive in.

The first one comes early in the second quarter. Brandon Carr is rolled up in a press technique. Brown uses an Inside jab step and then burst outside to get the cornerback off balanced, Carr slightly opening his hips to the inside before having to react and flip.

Off the line, Brown has created space and is able to work upfield, attempting to stack Carr and get on top of him.

At the top of his route, Brown pushes Carr off with his inside arm. Real-time and from farther away, it’s hard for the ref to see and receivers always get this kind of leeway with the corner. That helps create space at the top of Brown’s route. 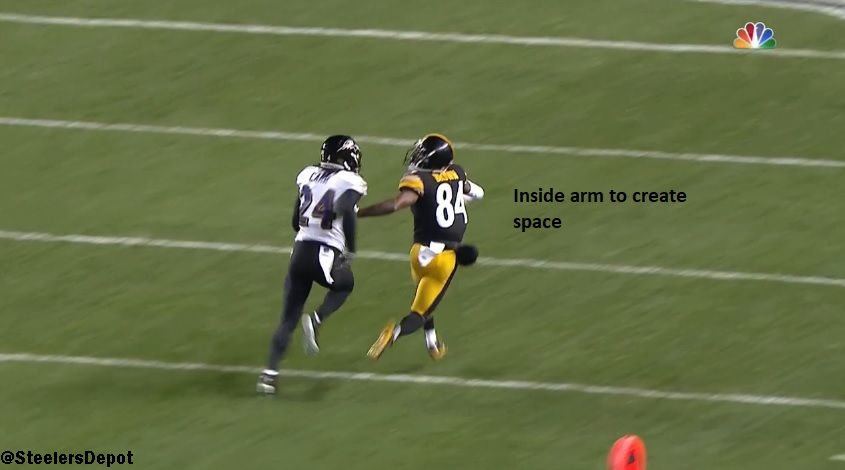 And then Brown finishes the rep. Knowledge of where he’s at in relation to the sideline, getting both feet in. Late hands, putting them out at the last second. Carr has no idea when the ball is about to land and can’t make a play on the ball. Terrific throw by Ben Roethlisberger doesn’t give him much of a chance anyway. Big completion. 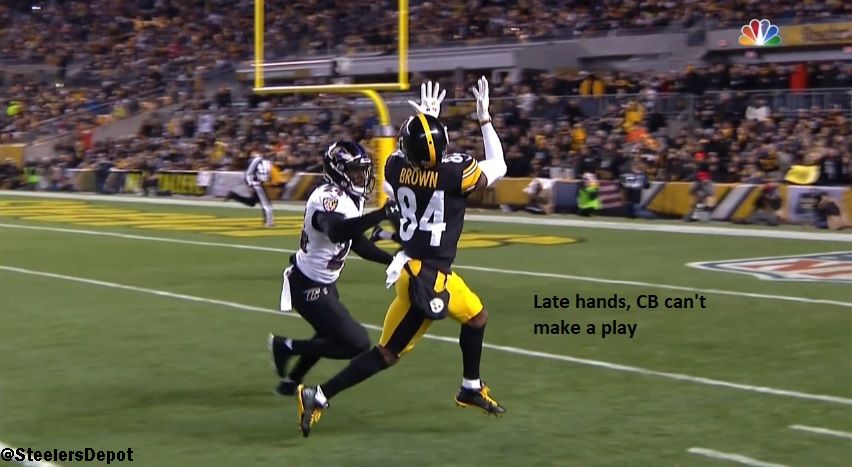 Full look at it.

Similar story on this second one. Carr again in a bail/run off technique, back to the sideline, and Brown has a free release. Burst straight upfield off the snap until he’s nearly even with Carr, then stem outside to get width and try to stack him. Stick the inside arm out to create space, fade away at the top of the route, flash late hands to make the grab.

And then the biggest of the night, third down late in the game. Carr is again rolled up like the first play. He flips his hips and is more balanced than the first clip but tries to bump Brown at the line. Bad idea. Brown is too strong, too well-built and balanced, and again, uses his inside arm to push off and swap hips. 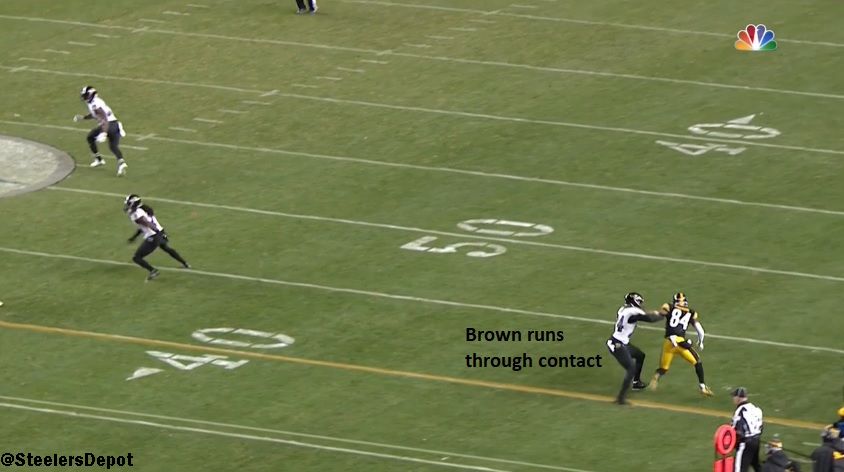 From there, Carr is forced to trail. And Brown again flashes late hands so Carr has no idea when the ball is going to be there. Fade away at the end for an extra inch of space and finish the catch.

It’s important to stress all three of these are magnificent throws by Ben Roethlisberger. On time and correct placement, where only Brown can make the play. And make the play he did. Three times vertically. Winning with technique on all of them. And putting in another all-time performance.

Maybe that’s how they will introduce him at his Hall of Fame Induction.