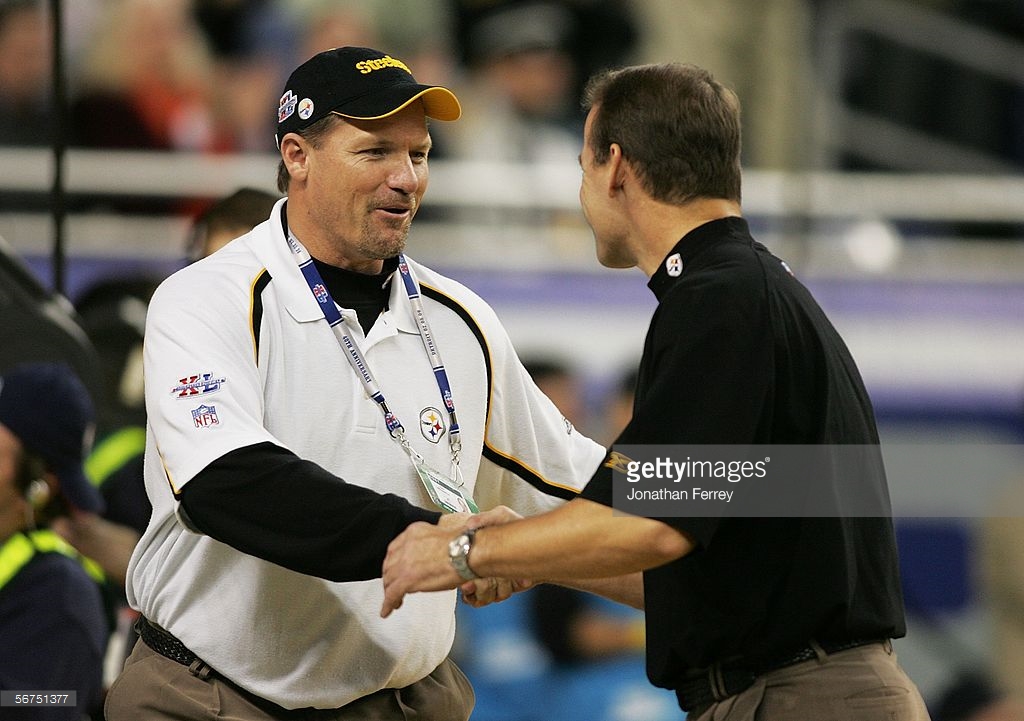 Evidently, former Pittsburgh Steelers quarterback Terry Bradshaw is not the biggest fan in the world of the team’s current head coach, Mike Tomlin, who has been on the job for 11 years now. After getting burned for comments that he made last year about him being a cheerleader coach, he recently evaded the opportunity of offering any sort of opinion.

Tomlin’s predecessor, however, has a much higher opinion. Bill Cowher, who took the team to two Super Bowls and won one, recently spoke to the Pittsburgh Post-Gazette, saying, “I think Mike’s done great”.

After all, how can anybody argue? Coming off a season in which he brought his team to the AFC Championship game for the third time in 10 years, Tomlin has already secured the division with three games to go and could take a huge step toward locking down homefield advantage—fittingly at home—against the Patriots tonight.

“He’s done a great job of creating consistency year in and year out”, Cowher pointed out. They’ve not had a losing record. And at the same time transitioning from one player to another and making some of the tough decisions that go with that.”

Tomlin and Kevin Colbert were tasked with navigating the transition from one defensive dynasty to another. Only two players on defense even remain from the 2010 team, and neither of them are starters, or play particularly much.

Though the Steelers have won 11 of 13 games, many of them have been close calls, but Cowher doesn’t see that as an indictment. “If you win these games and you win them easily, you can lose an edge”, he argued. “I think the one thing the Steelers have not ever done is lose that edge”.

He argued that there is not a great level of difference in quality between the top teams in the league from the bottom. He added, “a lot of times, it’s learning how to win. Expecting to win. Not hoping to win. And I think what you have is a culture in Pittsburgh where, if they’re in close games, there’s not going to be any panic. They understand what they need to do”.

And, once again, that is certainly a point that is hard to argue. The Steelers have won four of their past five games by virtue of a last-minute field goal, and they have shown poise throughout that process. It helps to have Chris Boswell and his composure.

Of course, we all know that the story of the season will be shaped by what happens from this point forward, starting now. Taking down the Patriots and (virtually) securing the top seed would set them up well for their postseason ambitions.

This year, as always in Pittsburgh, it is Super Bowl or bust. It has been nearly a decade since they last won the Super Bowl. And Ben Roethlisberger’s career—Cowher’s player, naturally—is winding down. This season has legacy-cementing implications, in a big way.