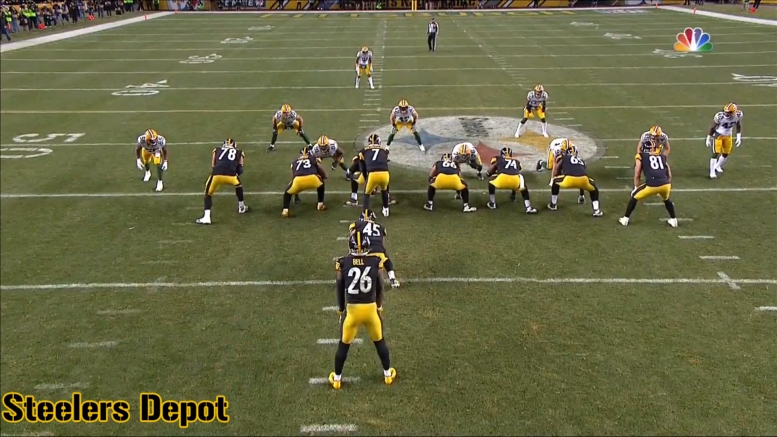 This might be a pretty minor point in the grand scheme of things heading into the game, but I’m quite curious to see how the Pittsburgh Steelers use second-year tackle Jerald Hawkins in this game, assuming that he even dresses.

The 2016 fourth-round draft pick was active for the first time in his career last week, but he not only dressed, he played. The LSU product was brought in to play five snaps as a tackle-eligible in running situations, in a similar manner to the team’s usage of Chris Hubbard and even B.J. Finney.

It would seem that the Steelers have finally reached a point at which they are comfortable dressing him in the event that he is needed to be called upon to play, which certainly did not appear to be the case for the vast majority of the season.

Hawkins seemed to get off to a promising start, being praised throughout his rookie offseason and doing well in his first training camp and preseason game, but he suffered a shoulder injury at that time that landed him on injured reserve, so he missed some important on-field development time.

When he returned this spring, he didn’t appear to be the same player, with reports indicating that he was struggling where last year he was showing promise. The same people who were passing along good words a year earlier were relaying notes indicating the opposite. Bob Labriola from the team’s website was among them.

Then he started off this season, after managing to make the roster with nine linemen, dealing with a minor injury, which many initially presumed was the reason that he was a regular feature on the inactive list, but that inactive status remained through the first 10 games.

Even with Marcus Gilbert missing most of the season, they dressed first-year lineman Matt Feiler, a four-year journeyman who never made a roster for more than two weeks and who has spent the past couple of years mainly playing guard, as the backup tackle.

What has changed exactly, I don’t know, but the inactive list will be interesting to see tonight. Feiler was inactive last week, and I would have to assume that he is likely to remain down this week, given that nothing has really changed from last week to today.

Most crucially, tight end Vance McDonald remains down, or at least figures to be, which likely means that there will be a role in the game for the tackle-eligible tight end at some point. Both Feiler and Hawkins have practiced there, as have all the backup linemen at this point, but Hawkins got the opportunity last week.

Personally, I think he looked a little off, but it’s hard to predict how somebody will look in his first action. That is part of the reason why I’m pretty intrigued to get a second look at him. Especially on the road against a team like the Bengals, who employ long defensive ends that play the run. It should be a good test for the young man.