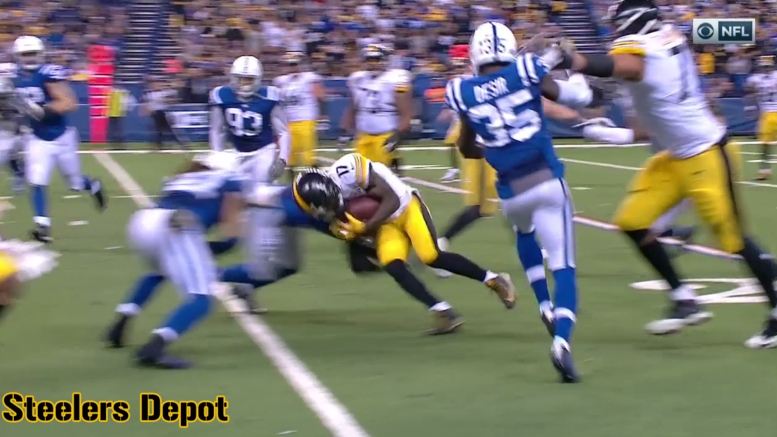 Question: How big of a role will Eli Rogers play with Antonio Brown out?

That is perhaps most significant when we are talking about wide receiver, who have a more diverse set of assignments than anybody else. People were outraged over how many snaps Darrius Heyward-Bey played, but he is the player who runs with the second-team unit in Brown’s spot. Martavis Bryant did not, until this past week, as he is practicing there now.

That is the difference between an in-game change and a change a game later. When Ryan Shazier and Tyler Matakevich were injured, L.J. Fort played the rest of the game. The next game, Arthur Moats played some and Fort hardly at all. Several years ago, after I think Cortez Allen was injured, Antwon Blake replaced him mid-game, but Brice McCain was the one trained to replace him for the next game.

The point is, what you see by the end of a game in which an injury occurs is typically not the same thing you’re going to see in the next game, in many cases. The offensive and defensive lines are less subject to this, but even that goes through the process.

And that finally brings me back to my question. Eli Rogers didn’t play a whole lot even though Antonio Brown missed most of the game. But he played bigger roles in the games Bryant and JuJu Smith-Schuster missed. So how much playing time will he get in Brown’s absence?