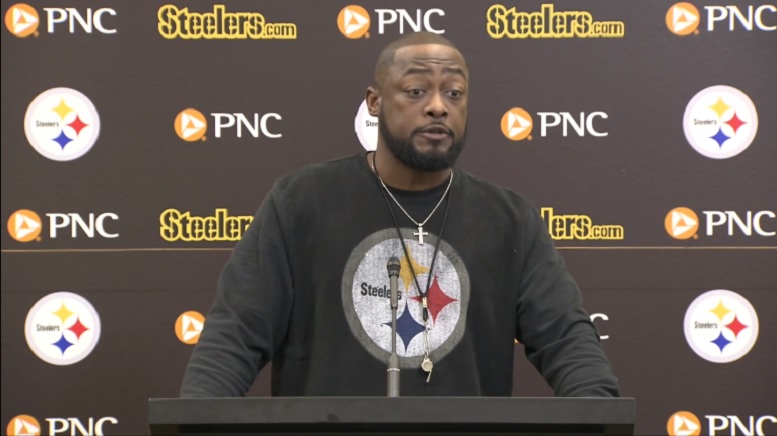 The Pittsburgh Steelers opened the week as heavy road favorites over the Indianapolis Colts and as expected, that has fans of the team very nervous. In case you’ve already forgotten, the Steelers are currently 11-6 under head coach Mike Tomlin when favored by 7 or more points on the road and that sixth loss came earlier this season to the Chicago Bears. additionally, the Steelers lost to the Jacksonville Jaguars a few weeks later at home despite being 7.5-point favorites come kickoff time.

During his Tuesday press conference, Tomlin was essentially reminded that his teams over the years have quite frequently lost to teams they were heavily favored to beat. The Steelers head coach then proceeded to brush off the notion that he or his teams overlook seemingly inferior opponents.

“I’ve just never been one to be disrespectful of anybody that we compete against in the NFL,” Tomlin said. “I know records are what they are but I don’t delve into that. I respect everybody that we play. I think anytime that we step into a stadium people are capable of beating us. That’s just how it goes. We played Kansas City a year, or number of years ago and they might have been 1-5 or something. They maybe won 10, 11 games in a row after that. In hindsight, that wasn’t a bad football team but at the time it could be characterized as such.”

Last season, the Steelers played the Colts in Indianapolis and come kickoff time of that contest they were 8-point road favorites. They went on to win that game 28-7.

The Steelers enter the second half of their 2017 regular season with a 6-2 record and as the No. 1 seed in the AFC. They’ll likely be favored in all but one of their eight second half games and likely favored by a touchdown or more in at least four of them starting with their Sunday road game against the 3-6 Colts.

“I don’t worry about records or painting with a broad brush,” Tomlin said Tuesday. “I think even sometimes we’re given more credit than maybe we deserved. Maybe in the past we weren’t as good as maybe you thought we were. That’s just the reality of it. We better prepare and respect these moments and expect the best from those that we compete against and that’s the mentality that I have and that’s the mentality that I’m always trying to relay to our football team.”

We’ll see over the course of the second half of the season if Tomlin’s mentality was successfully relayed properly to his team. One more slip up against one of the four seemingly far inferior teams the Steelers will play in the second half of the regular season could ultimately result in them missing out on either the No. 1 or No. 2 seed in the AFC.