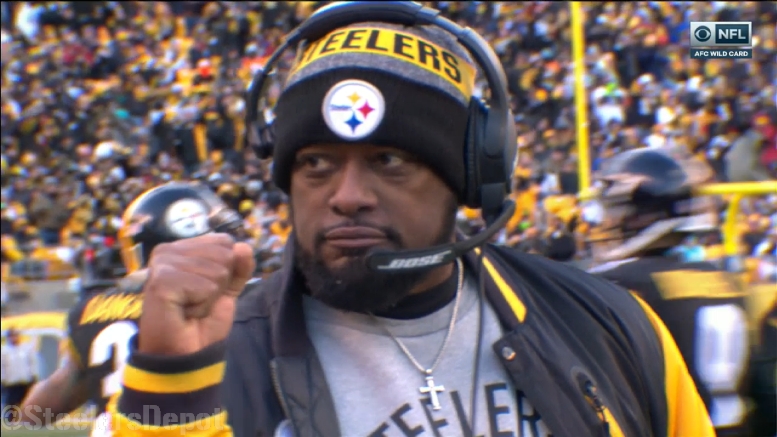 It took a really long time before they ever really amounted to much of anything, but following the more direct influence of Dan Rooney, the Pittsburgh Steelers became a flagship franchise for the NFL on the eve of their official merging with the AFL in 1970.

As a simple matter of fact, no team has been as successful as have the Steelers in the modern NFL, following the merger. They have, of course, the most Super Bowl titles of any team, and nobody has more wins in the postseason.

They also have the most wins, period, since 1970, and by a comfortable margin. In Sunday, the Steelers won their 450th game as a franchise in the modern era, becoming the first team to do so. And to give some perspective to that number, only 130 of those victories are credited to quarterback Ben Roethlisberger.

That is quite a lot of winning over the years, which requires periods of sustained success, with marginal plateauing. A percent example of that is the fact that the Steelers have not posted a losing record since 2003, the year before they drafted Roethlisberger.

The closest team to Pittsburgh’s regular season record, unsurprisingly, is the Dallas Cowboys, who this past weekend secured their 430th victory since the merger. In other words, they are a full 20 games behind the Steelers. The Denver Broncos are third with 429, while the Miami Dolphins have 428.

Since it is inevitable that there will be those who want to know what the New England Patriots’ record is, they have the fifth-most victories since the merger, at a distant 419. Incredibly, the Patriots can attribute 189 of them to Tom Brady. Considering they have traded their two backup quarterbacks, perhaps they’re planning on having him around long enough to account for a full half of their post-merger victories.

We are the first NFL team since the 1970 AFL-NFL merger to record 450 regular season victories. pic.twitter.com/Bx0rmMncPV

But all four of those teams—all teams, in fact—have a hill to climb in order to reach the height of the Steelers, who have been the beacon of consistency over the years, the only team to have never gone five seasons without a postseason victory since the merger.

Every franchise—except for the Cleveland Browns, apparently—experiences peaks and valleys over the course of decades. The Steelers understand that they are on the downward slope of one particular peak as Roethlisberger heads toward the end of his career. Perhaps rapidly so.

But they have proven in the past that they are still able to win games almost no matter the circumstance, employing a steady hand and consistent habits with comparatively little turnover. After all, as they say, if it ain’t broke, don’t fix it. So I don’t think they will be firing Mike Tomlin any time soon. Maybe Todd Haley, eventually, but that’s another topic.