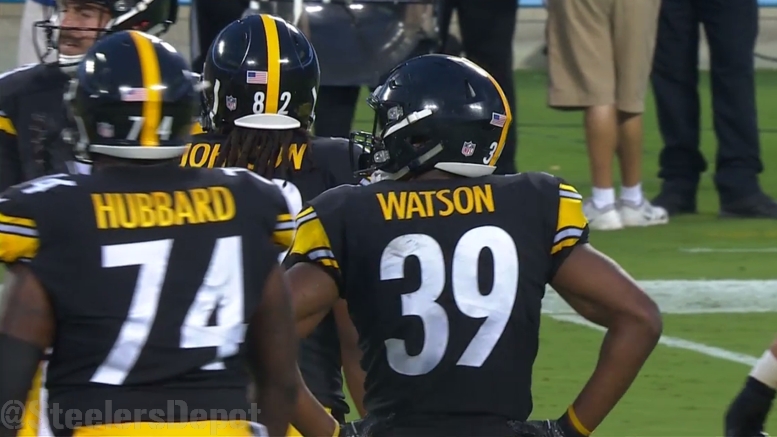 As expected, the Pittsburgh Steelers made one practice squad move on Tuesday and it included running back Terrell Watson being signed to the 10-man unit.

We have signed RB Terrell Watson to our practice squad.

Watson, who was waived from the Steelers 53-man roster on Saturday to make room for running back Fitzgerald Toussaint being signed off the team’s practice squad, had dressed and played in the first 10 regular season games this season. The Azusa Pacific product was mostly used on special teams during those 10 games but did rush five times for 8 yards in his limited offensive snaps.

Watson originally signed with the Steelers this past May following his release from the Philadelphia Eagles. After entering the league with the Cincinnati Bengals as an undrafted free agent in 2015, Watson has since been a member of the Cleveland Browns, Denver Broncos, Eagles and Steelers.