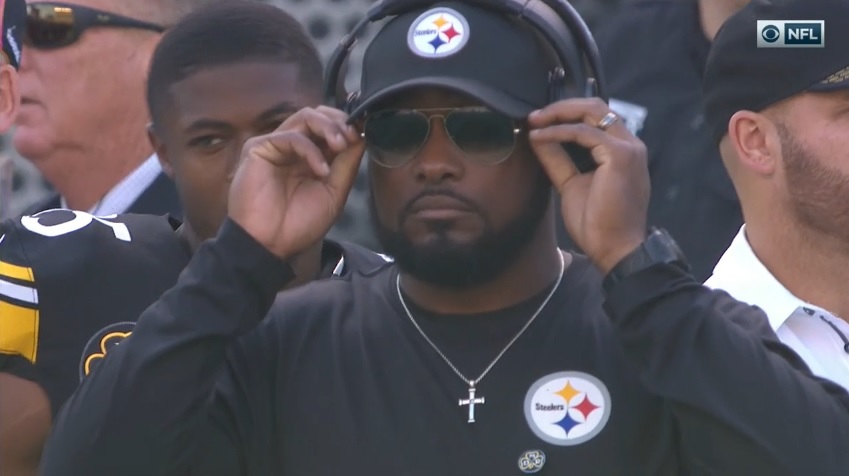 The Pittsburgh Steelers are going to win the AFC North. It’s a done deal, even if only half the season has been played. You know it, I know it, the sports books know it too. The Steelers’ odds are so high that it’s literally not even worth betting on them.

Per @BovadaLV the Steelers– at the season's midway point– are an incredible 1:50 favorite to win AFC North

It’s thanks to the Steelers playing well, or at least well enough, and the rest of the North being comprised of three tire fires. The Baltimore Ravens have no offense, the Cincinnati Bengals no leadership, and the Cleveland Browns…well, they don’t have much of anything.

So through nine weeks, the Steelers have a 2.5 game lead on the Ravens, who are sitting at 4-5. And really, even a bigger lead than that considering they have a game in-hand over Baltimore.

The last time the Steelers had such a lead through nine weeks? You’d have to travel all the way back to 1978, the middle of Chuck Noll’s dynasty and a year where the team finished 14-2. Through the first nine weeks, Pittsburgh went 8-1. Sitting in second place were the Houston Oilers at 5-4, essentially assuring the Steelers the AFC Central crown. And oh yeah, the Steelers won the Super Bowl that year.

In other words, in the lifetime of a lot of people reading this article, including yours truly, have never seen the Steelers open up this kind of lead at this point of the season.

This time in 2016, the Steelers and Ravens were neck-and-neck with 4-4 records. Pittsburgh broke away with a strong second half, as has been the trend recently under Mike Tomlin. This year, they don’t need that kind of surge to win the North. Though if they want to reach their ultimate regular season goal, the #1 seed overall, that kind of second half stretch is necessary.