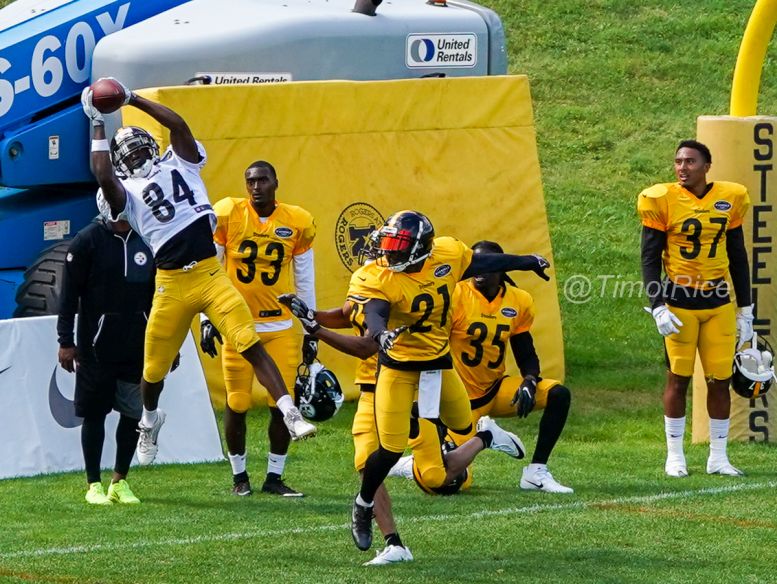 Full-contact in practice has been heavily restricted by the NFL and current CBA. And seeing it happen late in the year is even more uncommon. But wanting to get back to basics, the Pittsburgh Steelers went full pads today at the UPMC Rooney Sports Complex.

That’s according to PennLive’s Lauren Kirschman. She points out that teams can only wear pads for three practices over the final six weeks of the season.

Cornerback Coty Sensabaugh said he was happy with the decision.

“It just gives us a more realistic opportunity to work on our tackling,” Sensabaugh told Kirschman. “I thought it was good for us. Guys kind of got after it, so I think it will help us this week.”

The Steelers came out looking pretty good in our latest missed tackles report, just nine charted by our Josh Carney, but they came at terrible moments. On two of the Packers’ long touchdowns, the Steelers either took bad angles or flat out missed in the open field. That’s been a recurring issue over the last month as the defense has allowed chunk play after chunk play.

Mike Tomlin has stressed the need to get guys down in the open field to get the Steelers’ red zone defense on the field and try to hold teams to field goals.

Tomlin’s words didn’t do enough to get the Steelers to fix the problem. So he’s resorted to more action and getting the team in pads. The fact the Steelers don’t play until Monday night probably helps too and gives his guys an extra day of rest.

It may be another reason why you didn’t see some guys like Mitchell suit up, guys who are dealing with nagging injuries who don’t need to be worn down even more. That’s also good news for someone like JuJu Smith-Schuster, the team having enough confidence in his hamstring to let him be a full go.

We’ll see if Tomlin’s newest tactics produces any better results Monday night against the Cincinnati Bengals. As a reference point, the Steelers’ tackling had one of its best weeks in their previous meeting, missing only seven of them.