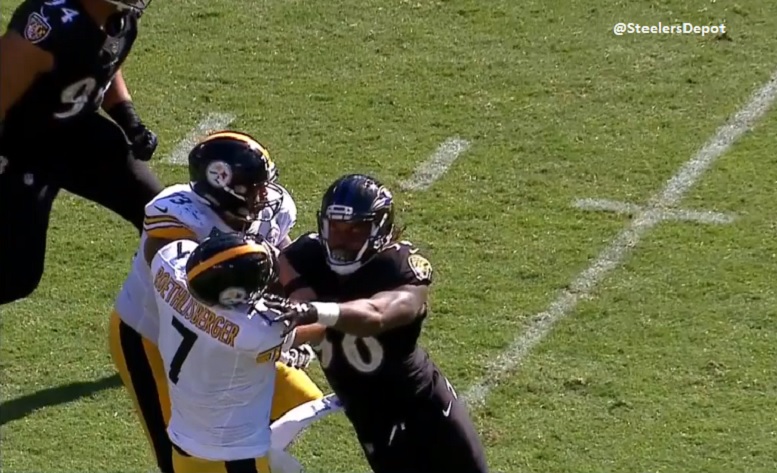 The Pittsburgh Steelers and the New England Patriots appear to be two trains on the same track, barreling down in opposite directions toward one another and set to collide in three weeks’ time. And whoever comes out of that wreckage the victor seems destined to be the one to host the AFC Championship game.

This is the conventional thinking heading into the final six games of the regular season, anyway. The two teams share the best record in the AFC at 8-2 after yesterday’s games, with the Jacksonville Jaguars currently the only team within a game of them at 7-3. They have, of course, beaten the Steelers already.

But in the cases of both teams, the only game left on their schedule against a team that has a current winning record is each other. And most of the rest of the games for both teams is a drive through the scrap heaps of their division.

Even though the AFC North and the AFC East have commonly, and frequently, been weak at the back end, division games often tend to have a funny way of being a lot more competitive and surprising than they have any business being, so who knows what will happen from here on out.

For the Steelers, the AFC North leaders have a game apiece remaining against each of their divisional opponents, including back-to-back games following Sunday’s game against the Bengals in Cincinnati and then at home against the Ravens.

Both teams actually managed to win their games yesterday, though neither have risen to a winning record. The Ravens beat a struggling Packers team without their quarterback, while the Broncos have been losing for a while now. The Steelers wrap up at home against the winless Browns.

As for the Patriots, it seems hard to believe, but five of their six remaining games are all within the division. They will face the 4-6 Dolphins twice in the next three weeks, sandwiched in between that a game against the Bills. After facing the Steelers, they conclude with another game against the Bills and Jets.

Still, the bottom line is that both the Steelers and Patriots are set up to be the favorites in all of their remaining games against other teams. It’s quite possible that one team goes 14-2 and the other 13-3. But if they both go 13-3, the one who won head-to-head will advance, so unless one team loses two other games, it really doesn’t matter.

We’ll see what the mayhem of the divisional gauntlet might have to say about this potential showdown for the top seed in the AFC.