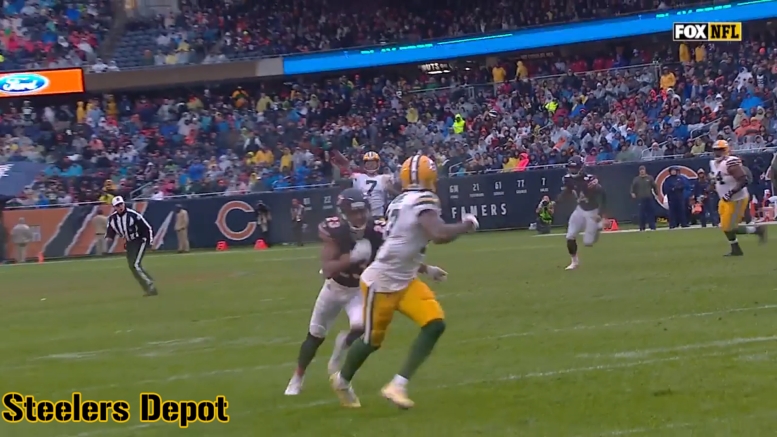 Things have not gone all that well in recent weeks for the Green Bay Packers since their quarterback, Aaron Rodgers, was sidelined with a shoulder injury. They have only won one of their last four games, slipping to 5-4 on the season, though they are coming off of the first win of Brett Hundley’s career over the Bears in Chicago.

The Packers will host the Baltimore Ravens today in a game that I hope will tell us a little bit more about their third-year quarterback, given that the Pittsburgh Steelers will play host to them a week later. While many have marked this game down as a win since Rodgers went down, Green Bay is currently the last team other than the Patriots on their schedule with a winning record.

A former fifth-round pick out of UCLA, Hundley has started the past three games for the Packers, playing in five games. He has completed 75 of 122 pass attempts for a 61.5 completion percentage, throwing for 701 yards, which works out to an average of 5.7 yards per pass attempt. He has thrown just two touchdowns to four interceptions while being sacked 11 times and fumbling twice. He also has 85 rushing yards on 10 attempts with two touchdowns.

In the Packers’ win over the Bears, he completed 18 of 25 passes for 212 yards and one touchdown, which has easily been his best performance to date, averaging 8.5 yards per pass attempt. He did take three sacks for a loss of a combined 30 yards.

Davante Adams was his big target in the game, finding the fourth-year wide receiver a team-high five times for 90 yards and his lone touchdown pass. One of those completions went for 42 yards. He also connected with Randall Cobb on a 38-yard gain. Cobb caught three passes in total for 52 yards. Jordy Nelson had three catches for 20 yards.

Hundley did show that he is willing and able to spread the ball around, completing a pass to nine different targets. The Packers also use a diversity of players to carry the ball, as five players, excluding the quarterback, recorded at least two carries against the Bears.

The Ravens’ defense should offer more of a challenge for the young quarterback, especially against Baltimore’s talented secondary, which has helped the defense rank second in passing yards allowed.

With Brandon Carr, Jimmy Smith, and first-round rookie Marlon Humphrey serving as their starting cornerbacks in front of a safety pairing of Eric Weddle and Tony Jefferson, the Ravens have almost entirely rebuilt their secondary over the course of the past two seasons, and has gotten results.

Yet it has come at the expense of the offensive side of the ball, which has been holding the team back the past couple of years. With the Ravens so far off in the division, I wouldn’t mind seeing them beat the Packers as an indicator of what to expect out of Green Bay.