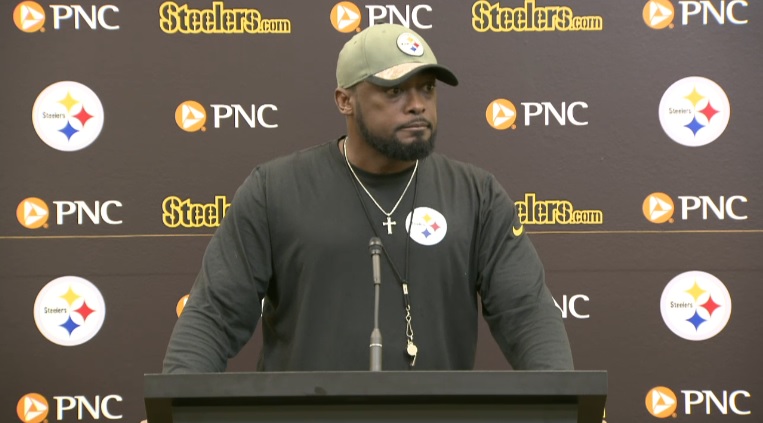 Pittsburgh Steelers cornerback Joe Haden suffered a fractured fibula during the team’s Sunday win over the Indianapolis Colts and while he’s sure to miss several weeks with his injury, it doesn’t sound like the team has plans to put him on their Reserve/Injured list.

“We’re still in the process of evaluating Joe’s leg injury,” Tomlin said Monday during his press conference. “It could be less than we think, it could be more than we think. The reality is, is he’s not playing this week [against the Tennessee Titans]. We will leave him available to us in the short-term until we get a better sense of what the prognosis is. Obviously, if there’s a chance for him to participate with our team this year, we’ll leave that light on. But really, we know he’s not playing this week as I stand here.”

Haden posted Monday morning on Twitter that he hopes to be back on the field again sooner rather than later. In the meantime, Tomlin said the team will turn to and support cornerback Coty Sensabaugh, who will now start in place of Haden while he’s out injured. Tomlin also didn’t give any indication Monday that rookie cornerback Cameron Sutton would be activated to the 53-man roster from the Reserve/Injured list this week.

As for the other players injured in Sunday’s win over the Colts, safety Mike Mitchell and tight end Vance McDonald, Tomlin wasn’t ready to rule them out for Thursday’s home game against the Tennessee Titans on Monday.

“We’ll see as the week goes on,” Tomlin said of Mitchell’s status for Thursday night. “Obviously, there’s not a lot of physical participation to measure but he has a chance and we’ll leave the light on for him. Same with Vance McDonald. I think he was another one that I probably failed to mention.”