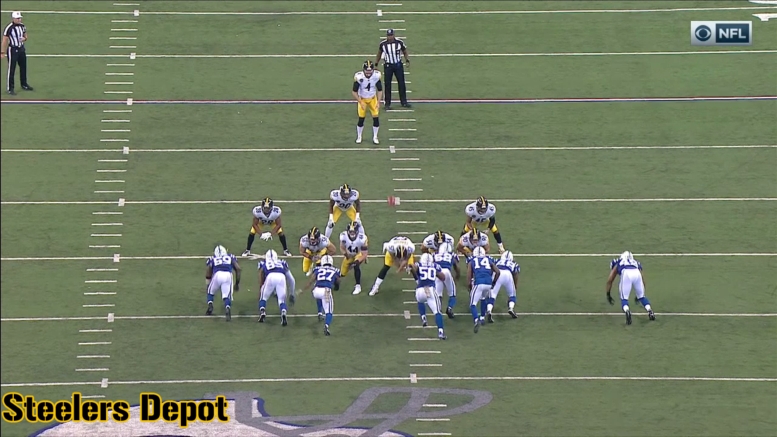 I had just written about Jordan Berry prior to yesterday’s game in the context of my belief—and the analysis of Pro Football Focus—that the third-year Pittsburgh Steelers punter was struggling. After all, he ranks toward the bottom of the league in most categories among punters.

Then he went ahead and had his best game of the season. Not only did he have by far his best gross average on his six punts on the day, he also posted the best net average of the season while putting three of them inside the 20, and despite the fact that four were returned, the total yardage was just 17.

Berry was called upon to punt six times during yesterday’s game, and his boots traveled a total of 297 yards. The Colts’s 17 yards in returns netted him a total of 280 yards. That translates to a gross average of 49.5 yards, his previous high on the year being 45.8, and a net average of 46.7, the first time this season he has posted at net of 45 yards or more.

This doesn’t even factor in the fact that Berry had a sequence in which he had to punt three times, first due to a holding call on long snapper Kameron Canaday, and then yet another on Sean Davis. His original punt was fair caught inside the 10-yard line. After begin backed up 20 yards, his third punt—still a decent one—was fielded at the 32.

Interestingly enough, his first punt of the game was his worst. While he got one off for 55 yards, he allowed a 17-yard return, the Colts using vice jammers on the play and really locking in on Mike Hilton as the right gunner.

He then punted 51 yards, fielded at the 10, then 56 yards to the 15 with an 11-yard return for a net of 45, both of which were negated by penalties. His final punt of the sequence was a 53-yard boot back to his own 18 to the Colts’ 28-yard line. Anthony Chickillo missed a tackle that would have held it to no gain, but they still allowed just four yards to the 32.

His next punt was one of this best as well, despite traveling just 31 yards, as the coverage was able to down it at the seven-yard line. Hilton, in fact, simply caught it. He could have chanced it and let it bounce even closer to the goal line, but that is an unnecessary risk.

But the best result of the afternoon came later. Again, from his own 18, Berry’s punt traveled 56 yards to the Colts’ 25. The coverage chased the returner wide and ended up bringing him down for a loss of four from where the ball was fielded.

Later, a 58-yard punt was returned for 12 yards, but the return was negated by a hold of Darrius Heyward-Bey, the right gunner, who could have induced a fair catch without the hold. His final punt was fair caught at the 11-yard line on a 41-yarder.