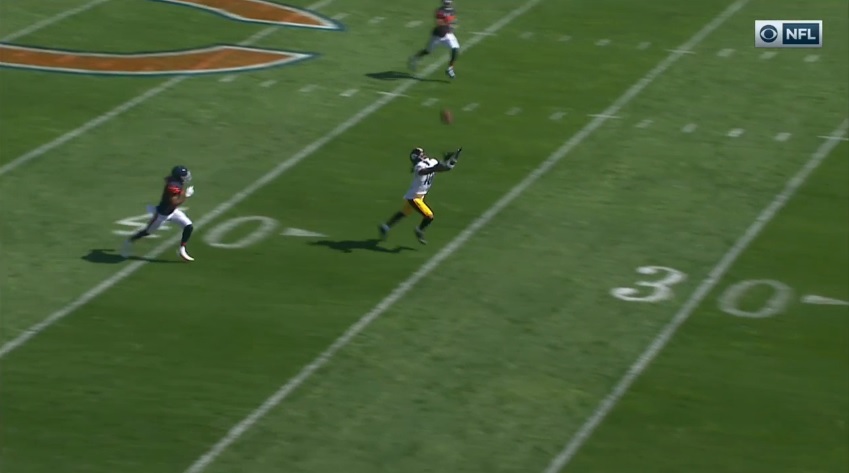 The bye week allowed Mike Tomlin and the rest of the Pittsburgh Steelers’ coaching staff to take a step back and offer a long evaluation of the team. In today’s press conference, Tomlin noted two areas the team needs to get better at to have an equally successful second half of the season.

“We’re minus one,” Tomlin told reporters. “That usually doesn’t go along with 6-2. I know one of those games really skews that number because we turned the ball over quite a bit in Jacksonville. Nonetheless, to be minus one at the turn is an area we’d like to be better at. We need to take care of the ball better. We need to get the ball more. So that’ll be something we focus on. Usually, teams on the rise over the second half of the year do a great job of taking care of the ball and an increasingly better job of getting the ball. And that needs to be us.”

That minus-one ranking is tied for 18th in the league. Only one other team in the NFL that’s in the red in this stat has a winning record – Carolina with an improbably bad -8. Look at the teams that surround the Steelers: Tampa Bay, San Francisco, the Giants. That’s a lot of losing.

In 2016, the Steelers finished in the top ten with a +5, a number they’ll look to match, or ideally, better, this time around.

The turnover ratio led into Tomlin’s next point of emphasis.

Tomlin, of course, is referring to Ryan Shazier’s dropped INT on 4th and goal against the Detroit Lions. Shazier honestly may have been able to run it the whole way back and even if he didn’t, would’ve given the Steelers much better field position that in the event of a punt, the Lions would’ve had to drive the length of the field with little time to do so.

Later in the presser conference, Tomlin referenced the missed first play against the Chicago Bears, Martavis Bryant not hauling in a pass deep downfield that would’ve been a walk-in touchdown.

Despite those valid critiques, the Steelers offense isn’t doing an objectively bad job at producing big plays. They have nine passes of 40+ yards, tops in the league, when they had just ten such plays a season ago. It’s not about sweeping changes but gradual improvement so come playoff time, the Steelers are playing their best football.