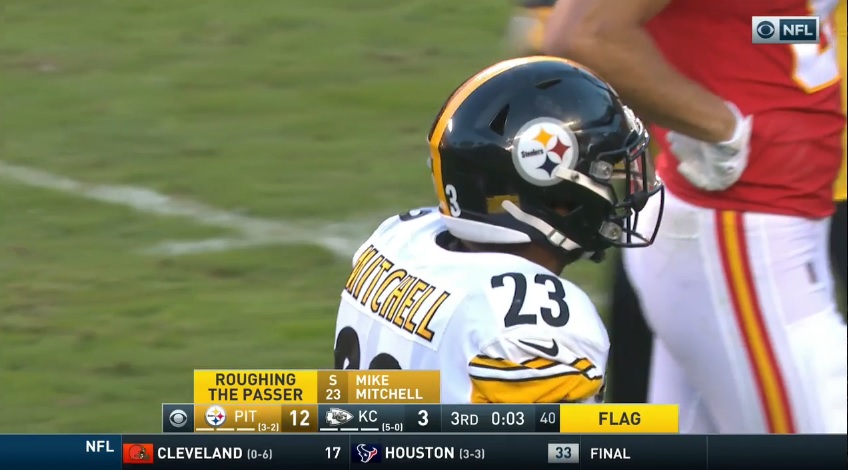 When Mike Mitchell’s hit on Alex Smith first happened, it looked bad. Like, suspendable bad. But a closer look seemed to show Mitchell was tripped into Smith’s leg. The NFL appeals committee has apparently agreed,  rescinding his fine. That information comes from SNF’s Michele Tayofa, written up by Pro Football Talk.

As a refresher, here’s the hit with a close-up view of him being tripped by Anthony Chickillo.

Mitchell was initially fined $9,115 for the hit. But his appeal to the committee obviously worked and honestly, the evidence is clear. Mitchell only fell into Smith’s leg after getting stepped on by Chickillo and even tried to fall out of the way at the last second. He was flagged for roughing the passer on the play, an understandable judgment by the ref in the moment.

In the PFT article, Mitchell apparently told Tafoya that he was “frustrated with Alex Smith and people in the media.” He pointed out ESPN’s Matt Hasselbeck for calling him a “repeat offender” despite Mitchell having a clean record penalty-wise on hits like these.

Though he has a reputation of a dirty player, Mitchell has done a good job of changing his launch point as the league has tightened their rules.

He still paid a heavy price in that Chiefs’ game, being fined over $48,000 for his hit on Charcandrick West, which considering the hit, seemed more than fair.