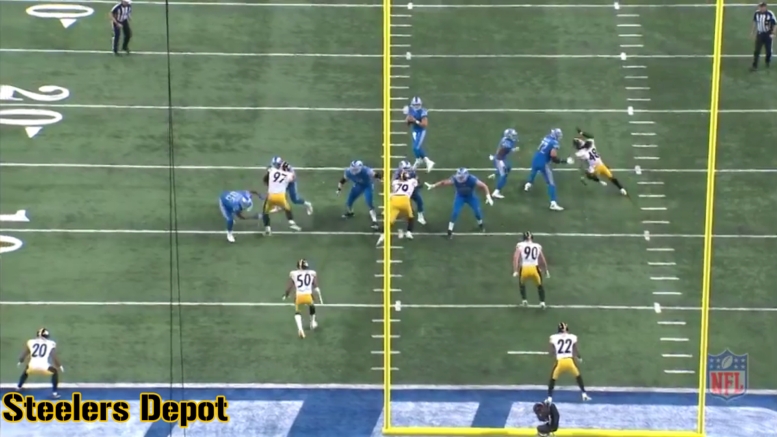 It’s arguably the biggest source of frustration for Pittsburgh Steelers’ fans. Anytime Keith Butler sends three, check Twitter out and you’ll see a sea of hate. It’s something he did a ton in the last game against the Detroit Lions, constantly rushing just three against Matthew Stafford, to mixed results. Speaking with reporters yesterday, Butler explained why and when he likes to rush the minimum.

“If our coverage is good enough to make him hold the ball, where he gets to his back step, what we call a three step, five step, seven step drop by the quarterback, when he hits his back foot and lets the ball go, there’s not much you can do,” Butler said via Steelers.com. “So sometimes we rush three in that situation. And tighten the windows down in terms of zone defense to make the quarterback a little more limited. If he’s used to throwing on time or at a certain time, then that will mess him up.”

To sum up, it’s a change up to get the quarterback flustered. And while it’s been frustrating in pockets, like Butler’s insistence of using it on nearly the entire Lions’ final drive, it’s been extremely effective in the red zone. The windows that Butler spoke about are inherently tight without the threat of anything vertical and dropping eight makes it that much tougher.

The results, in the red zone at least, have been excellent. The Steelers stopped the Lions on their final drive, forcing a 4th down incompletion (on a play where they rushed three), one in a long line of similar results. Back in 2015, Jarvis Jones picked off Matt Hasselbeck on the goal line on a three man rush and last year, Lawrence Timmons did the same to Eli Manning. Both huge plays.

Butler was then asked if this week’s QB, Jacoby Brissett, is an “on-time” passer.

For the record, Butler’s comments about the completion rate are incorrect. Brissett has his worst percentage on third down, just 54.8%, compared to 65% on first down and 63% on second down. Either way, the Colts aren’t doing a horrible job on third down, they’re middle of the pack. So this isn’t a layup for the Steelers though if you’ve been following this team, you know they never are.