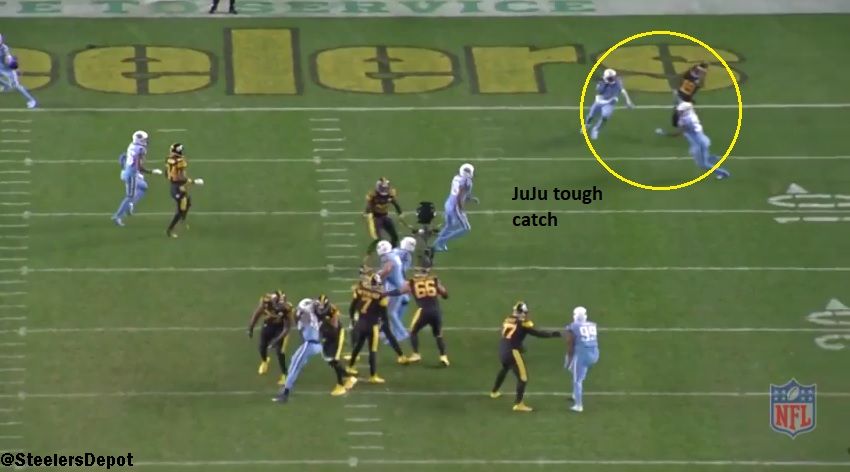 Game notes from last Thursday’s win over the Tennessee Titans.

– Three options for Ben Roethlisberger on this play. Swing/seam, inside zone, hot to Antonio Brown on a curl. 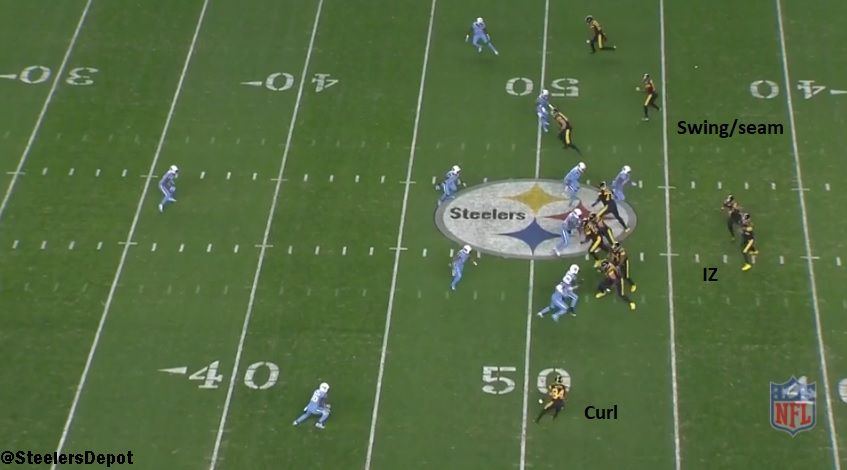 – Kick coverage from left to right. Sensabaugh-Golden-Nix-Fort-Watson-Matakevich-Boswell-Chickillo-Vince Williams-DHB-Hilton. That’s a 6×4 formation but they went to a 5×5 look after the first one.

– Great push by the interior on the Titans’ first FG block. End up getting it on the second one. 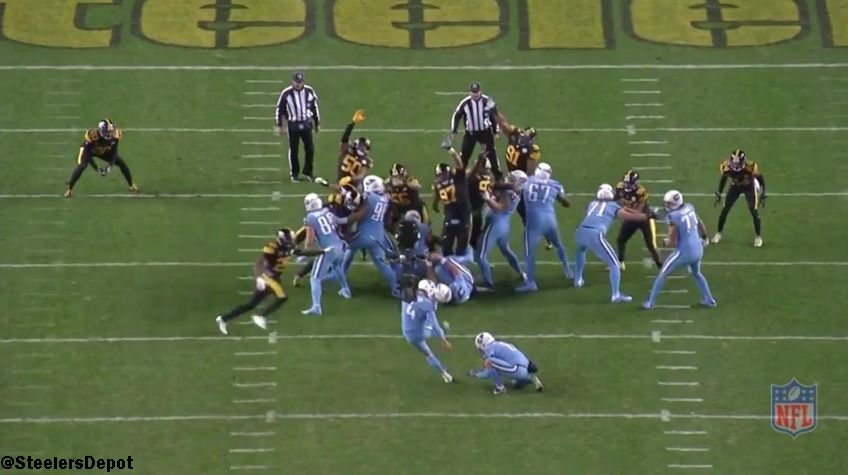 – Hats to the ball. Best run defense. Especially when the tackling isn’t great. 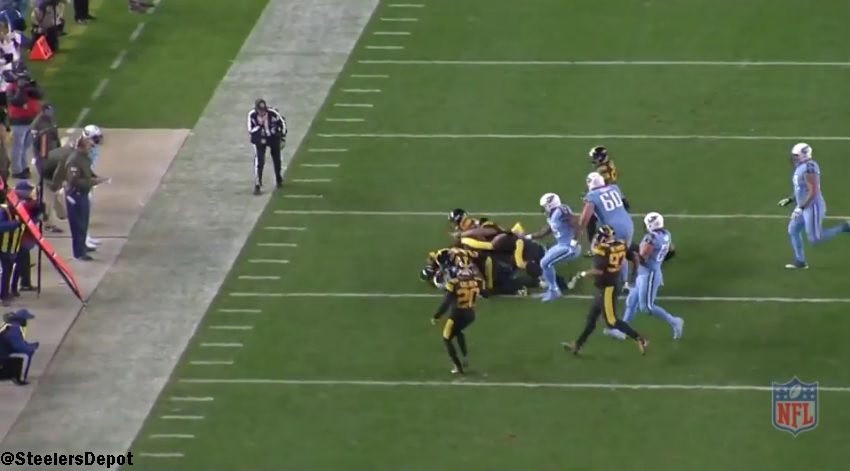 – Maurkice Pouncey/David DeCastro not on the same level on this stunt. Crasher slips through and gets pressure. 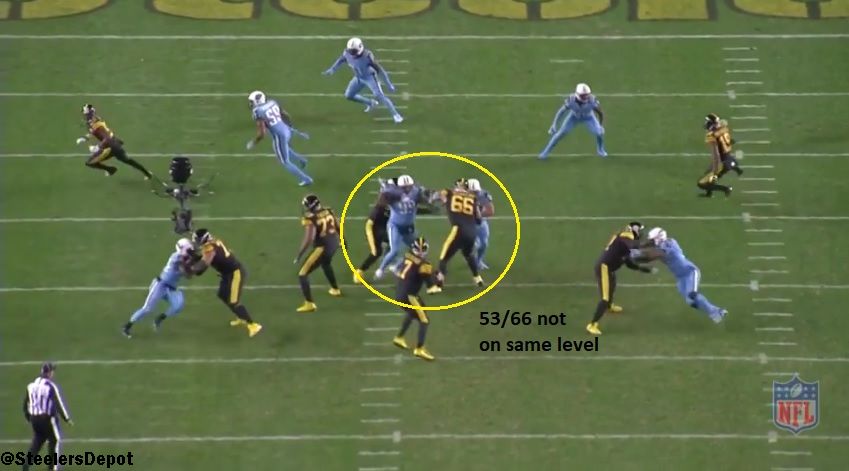 – What a tough catch by JuJu Smith-Schuster on third down. 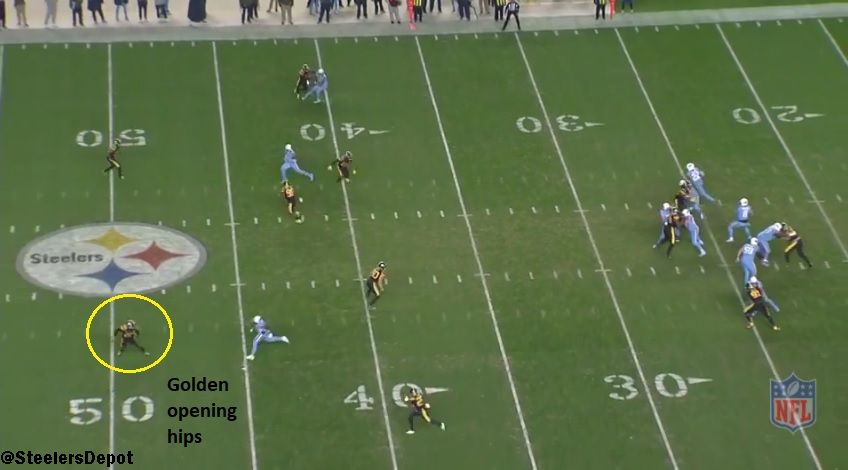 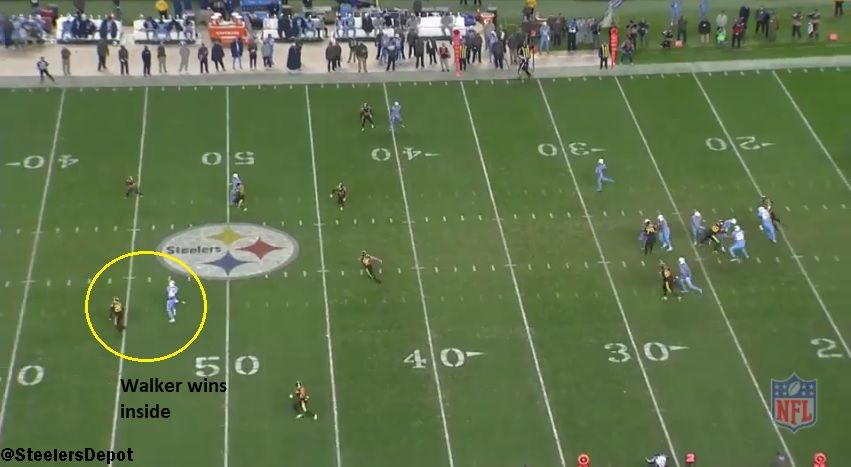 – Great contain by Cam Heyward. Winds up with a 15 yard sack. 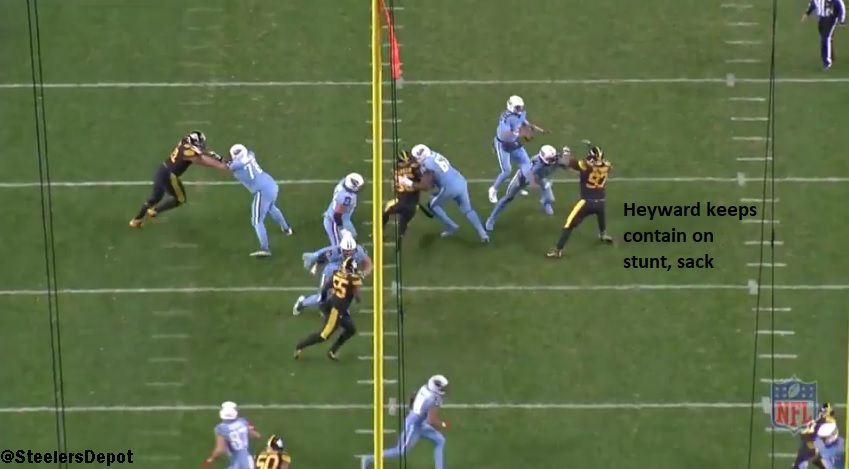 – Smash concept 3rd and 10. Cornerback rolls up on Le’Veon Bell, getting Martavis Bryant free for the catch and conversion. 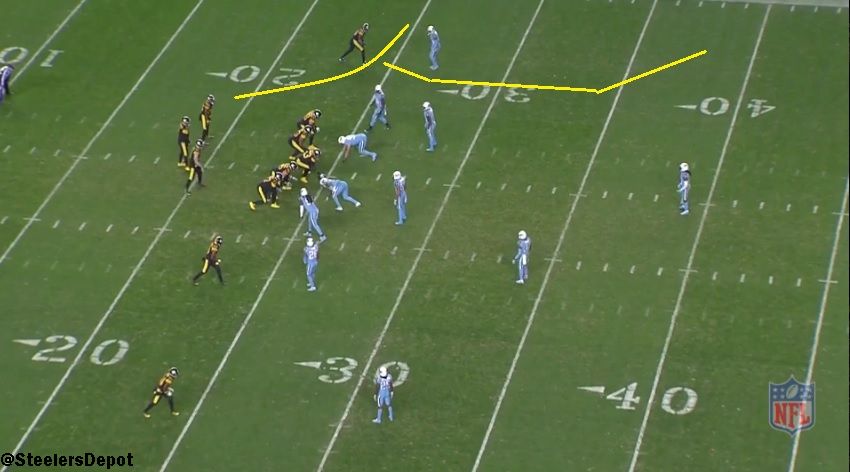 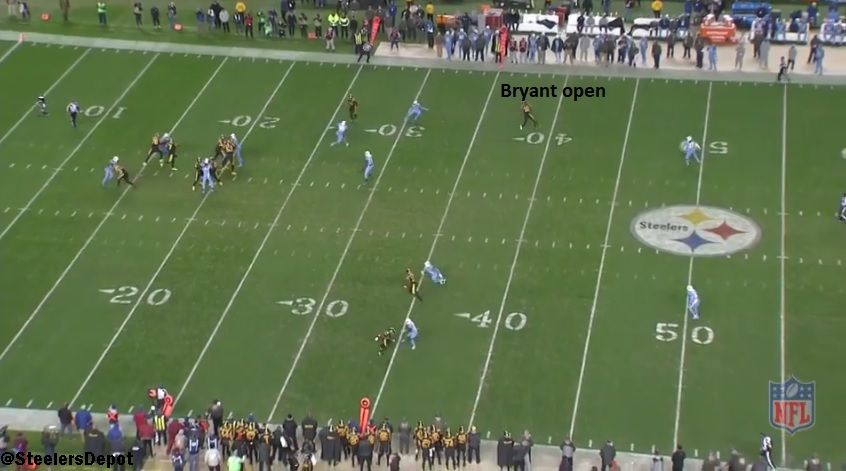 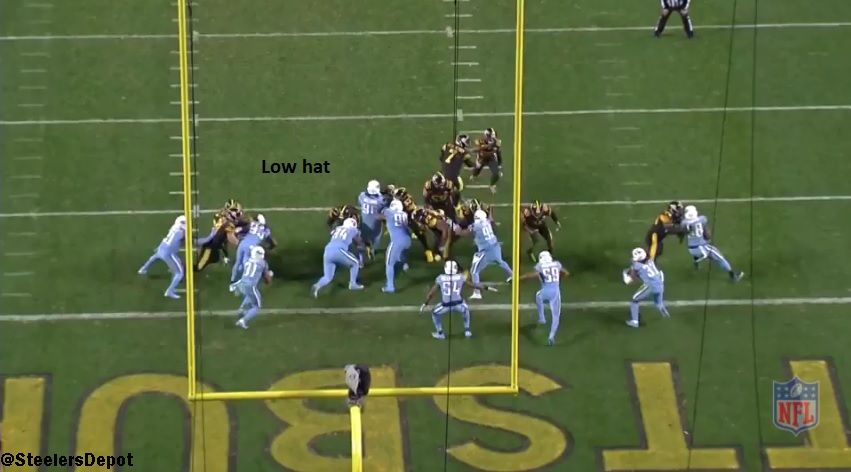 – Nice cutblock from Marcus Gilbert. Too bad he isn’t here the next month… 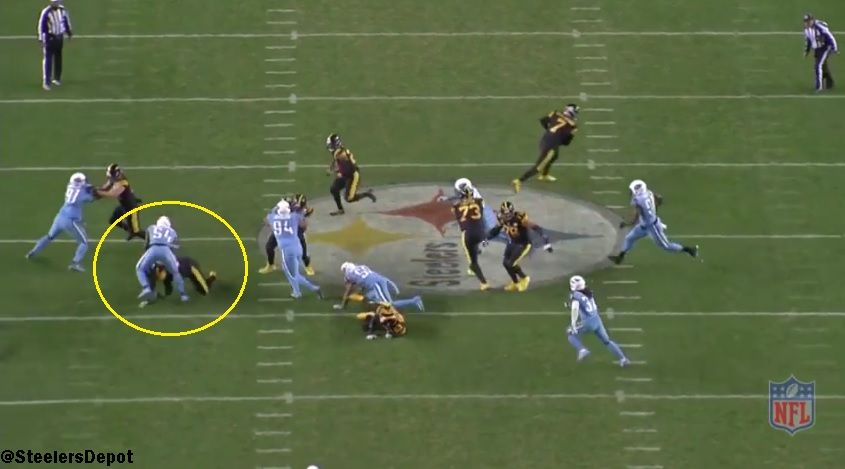 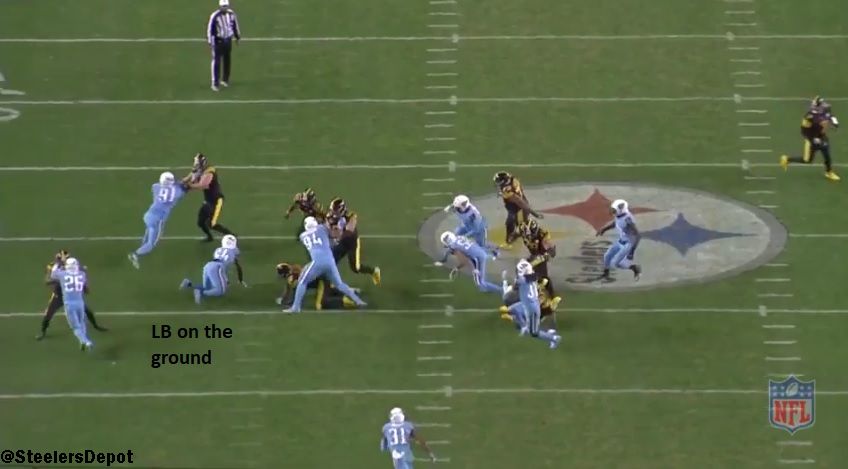 – Press and cover every gap. Line has no idea who is coming/dropping. Slide the wrong way, Vince Williams free for the sack. 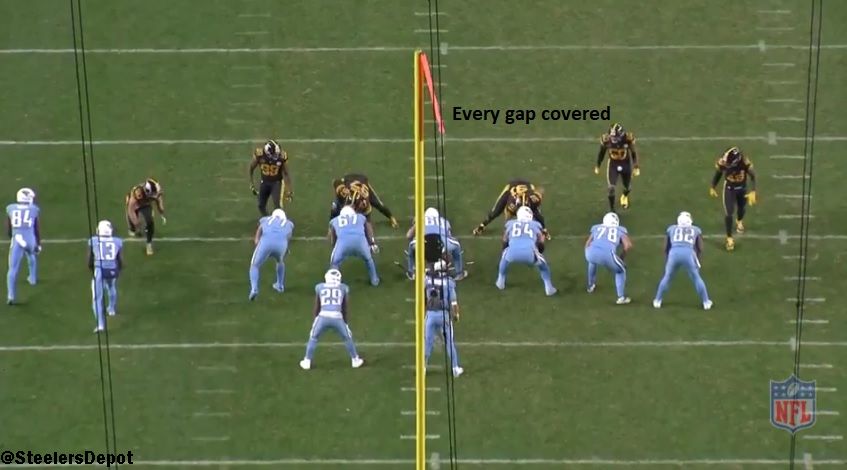 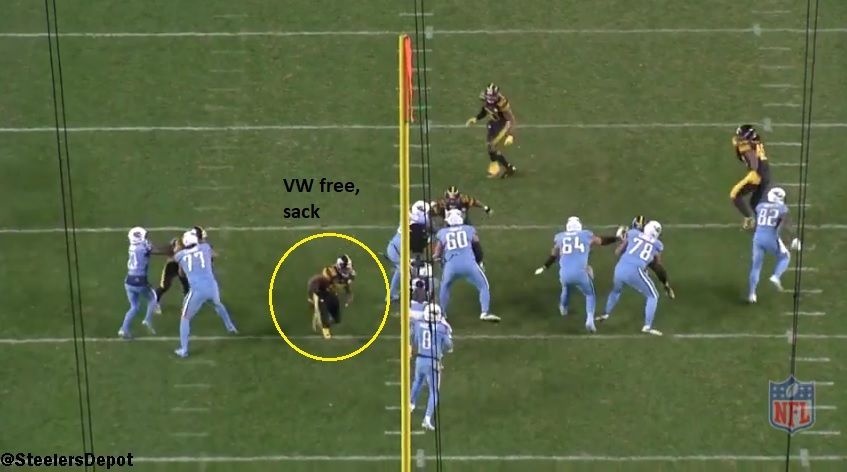 – Cover 3 but matching the seams. That’s the way to do it. 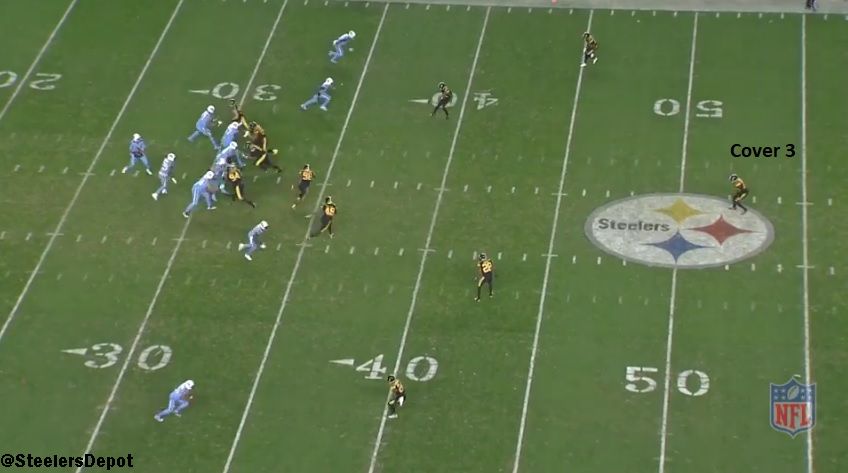 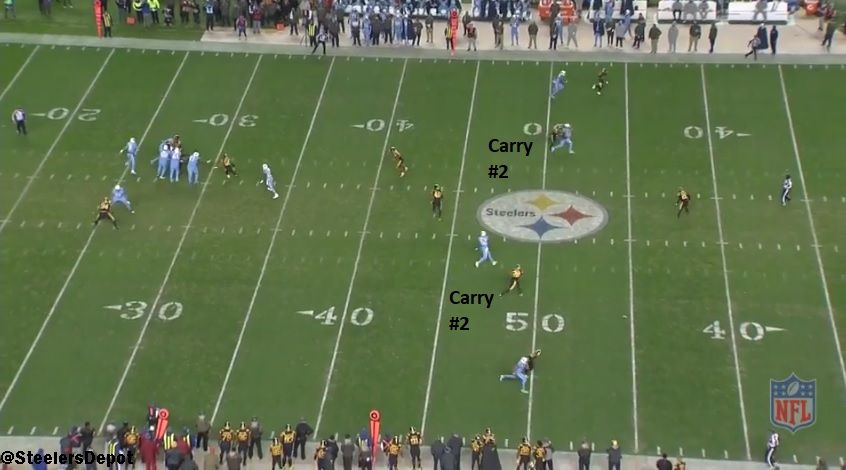