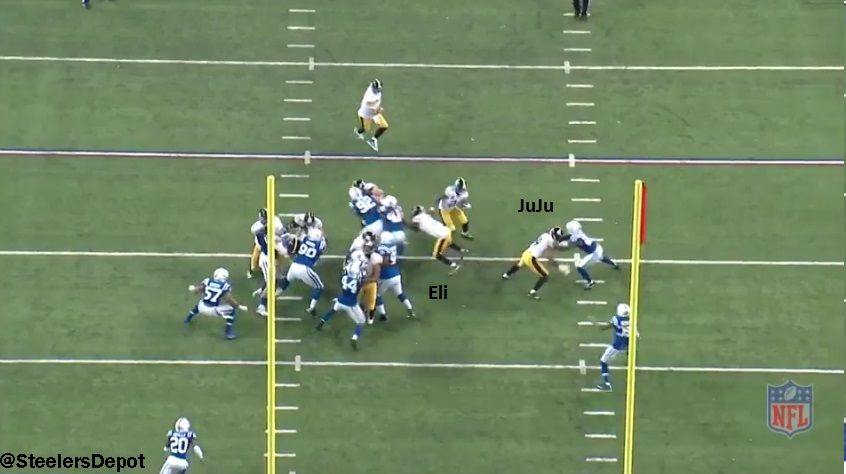 Game notes from last Sunday’s win over the Indianapolis Colts.

– Out of the bye, Keith Butler brought back his over front a couple times. Seemed to be more successful. Also kept Hargrave at the nose and Heyward was always the 3T. So a more simplified version of it. 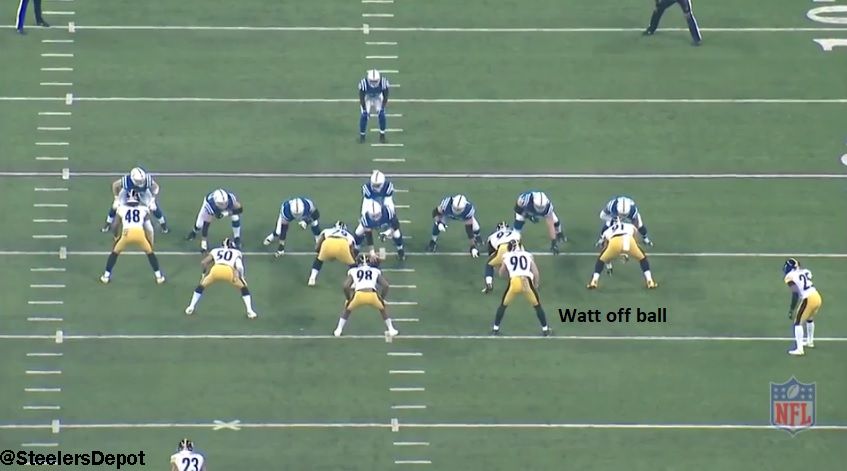 – Great rally to the ball by Mike Hilton on third down. Peels off man coverage to force Jacoby Brisssett short of the sticks. 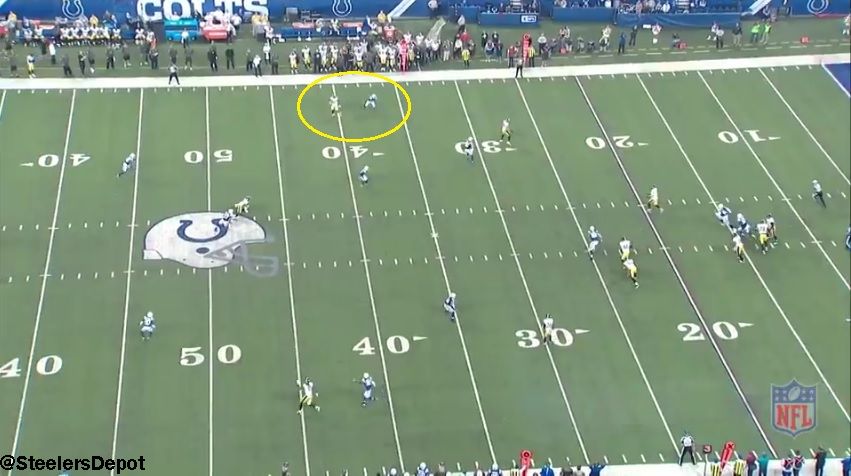 On the third punt after two straight holds, Arthur Moats subbed in for Watt and made the tackle. Good personnel decision.

– In this instance, Hilton carries #2. Unlike what happened on the touchdown to start the second half. Just inconsistent playcalls – don’t get it. 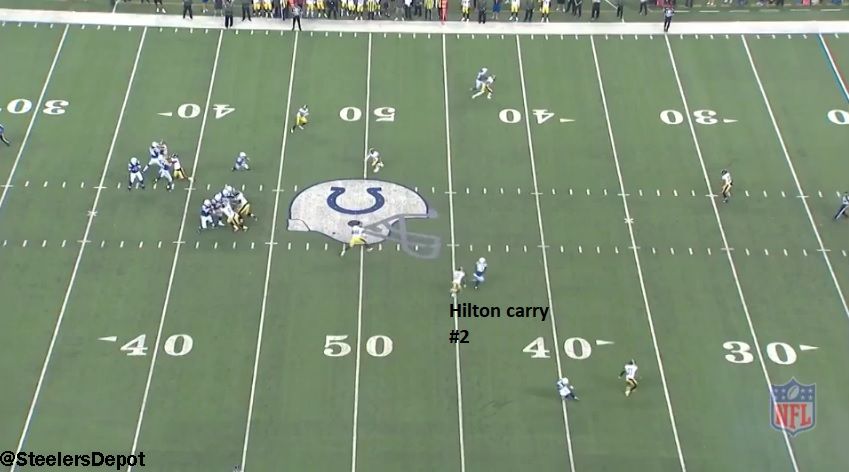 – Le’Veon Bell skinny through the hole. 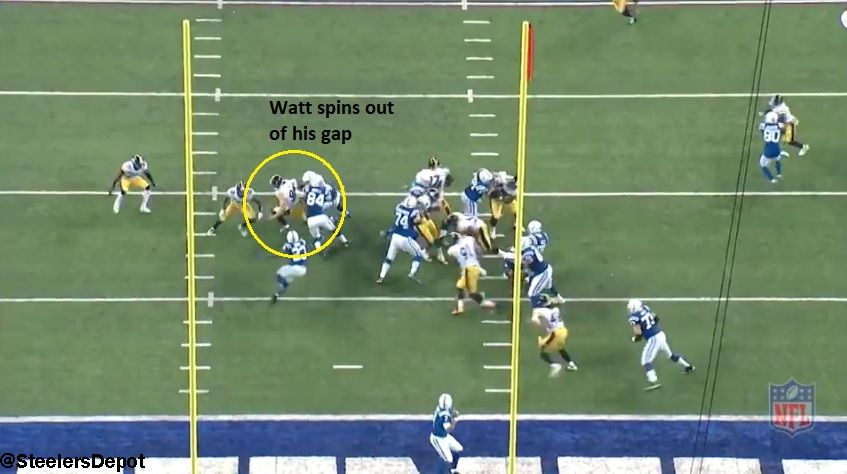 – TJ Watt can’t spin away from this block. Loses vision, loses his gap. He had his worst game of the season. 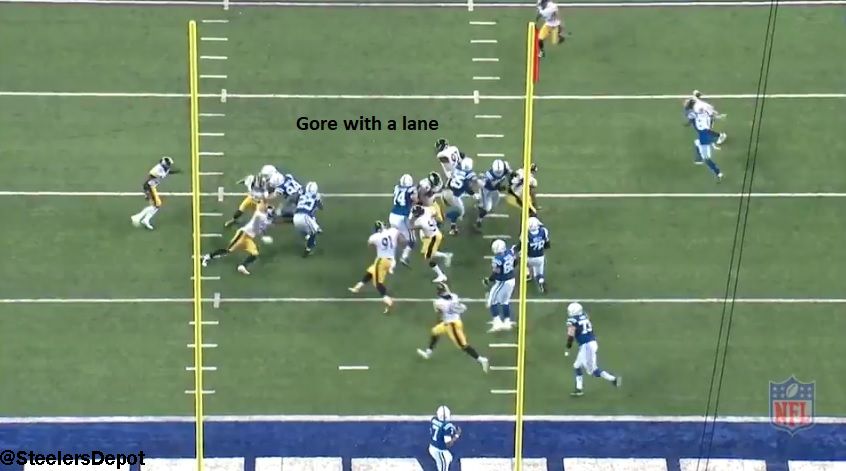 And Watt wasn’t much better as a pass rusher.

– Good seals by Eli Rogers and JuJu Smith-Schuster on 3rd and 1.

– Interior and exterior pressure on this extra point block. Lot of problems. 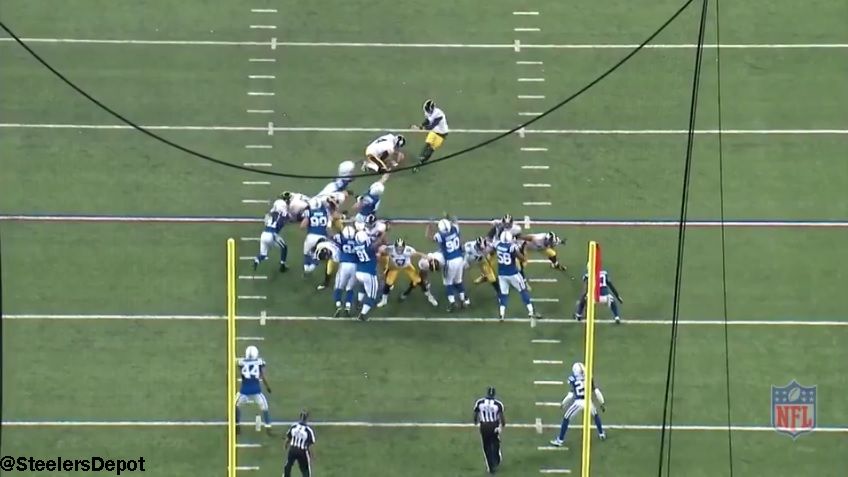 – Disappointed Bell couldn’t get the edge. 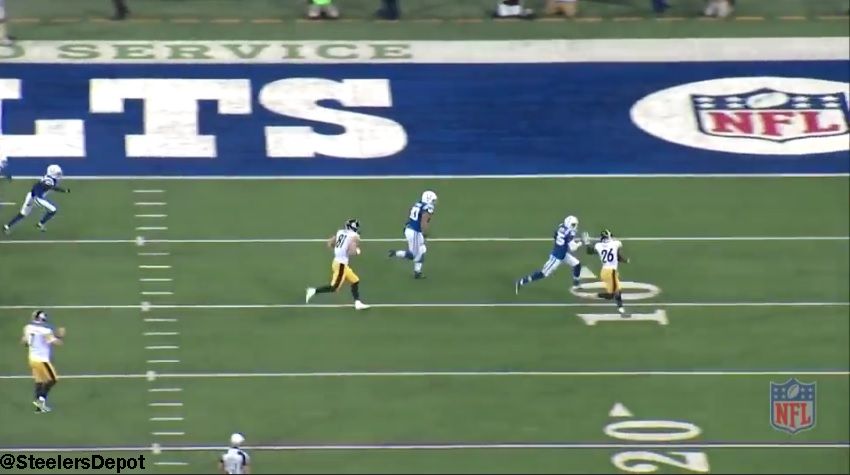 – JuJu…fearless. 20 yard reception on third down. 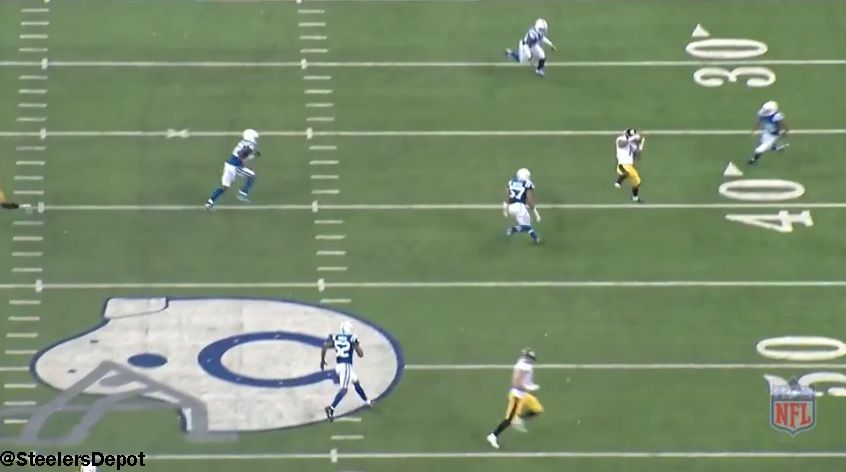 – Lastly, assortment of clips of the Steelers’ DL beasting and feasting.

Hargrave, Heyward, Tuitt all dominating the LOS. From 2nd and 1 to 3rd and 6. pic.twitter.com/eyVQUMmQre

No homer. Cam Heyward might be the most underrated DL in the NFL. pic.twitter.com/dWGpgkIuyX