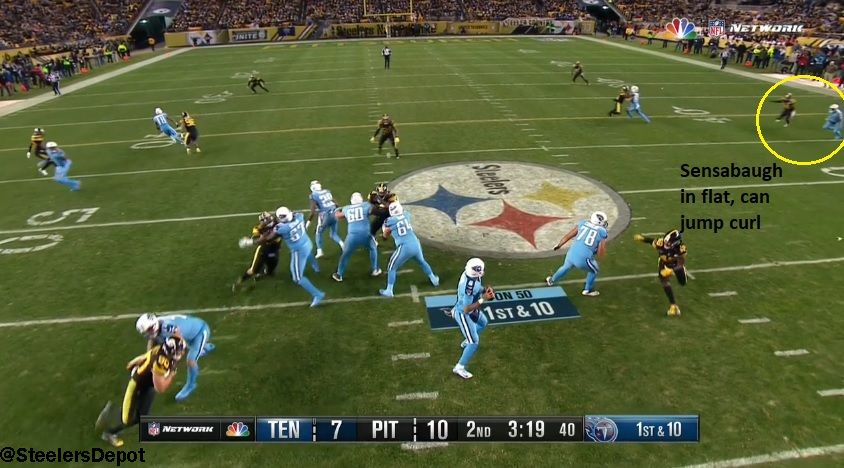 The Pittsburgh Steelers’ secondary put in work Thursday night, picking off Marcus Mariota four times, the first instance by the Steelers’ secondary in 22 years. Two of them were tip-drills, another coming in the game’s waning moments. Arguably the most impressive of the night was Coty Sensabaugh’s pick at the end of the first half. Sensabaugh made a great play but the Steelers schemed it up really well. Let’s check it out.

Quarterbacks are always trying to figure out the coverage pre-snap. Everything the defense does is information used to make that decision. Pre-snap, Mariota motions #81, tight end Jonnu Smith in an “orbit” motion, going from one side of the formation back to his original spot (hence the “orbit” name).

No Steelers follow, which is an indication of zone coverage. 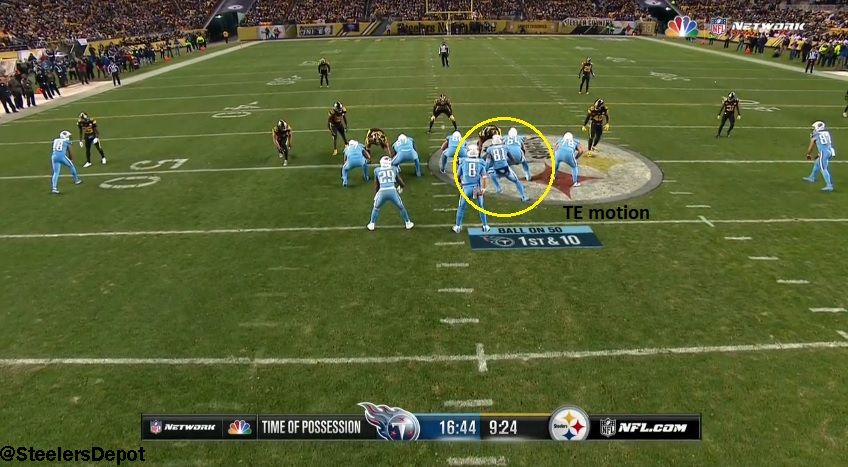 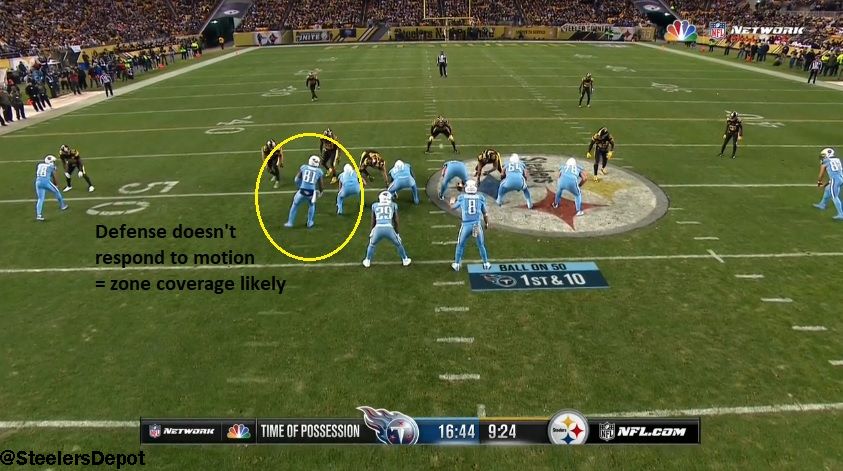 So that’s step one – it could be zone. Step two. Watch SS Sean Davis. With five seconds left on the play clock, Davis takes a couple steps down towards the line of scrimmage. 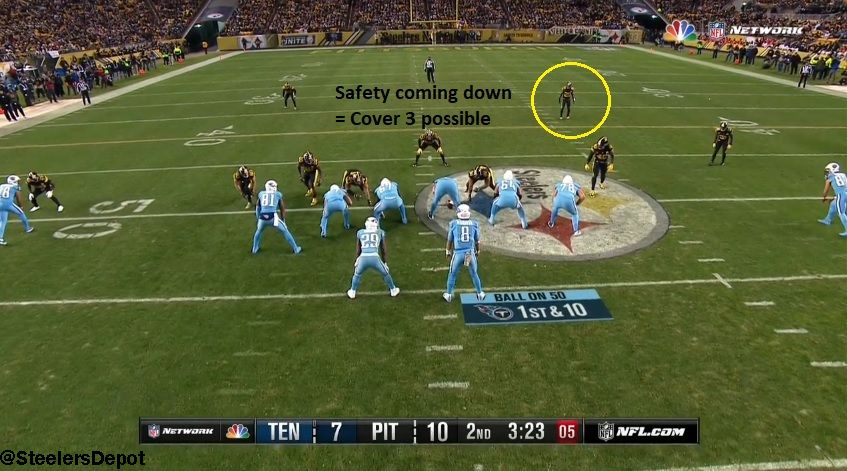 There’s the information. Zone and the SS coming down. Mariota probably believes it’s Cover 3, the cornerbacks playing the deep third, allowing the curl route the receiver runs to be open. An easy completion.

But at the snap, Davis bails out and it turns into a two deep shell. It’s not Cover 3, it’s Cover 2. Which means the cornerbacks are playing in the flat and able to jump on anything short. 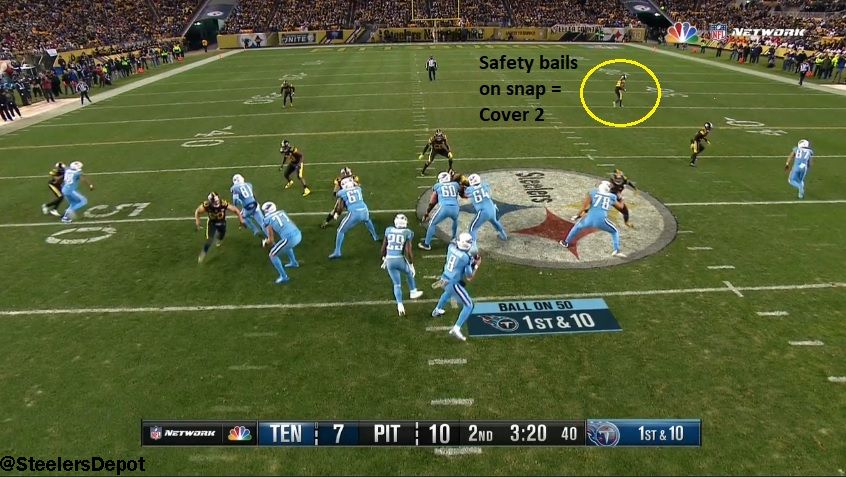 Mariota doesn’t seem to process that information and he’s late throwing the curl. Sensabaugh, with the luxury to take the risk, reads the throw, jumps the route, and picks it off. Goes the other way until Mariota chases him out of bounds inside the Titans’ 20.

That’s a marriage of scheme and execution. And why a guy like Sensabaugh was brought in. A heady veteran who is going to trust his instincts and make a play when given the chance. He’s not Joe Haden but he’ll hold down the fort. Toss in a good disguise from Butler and you have a defense that continues to come up big.