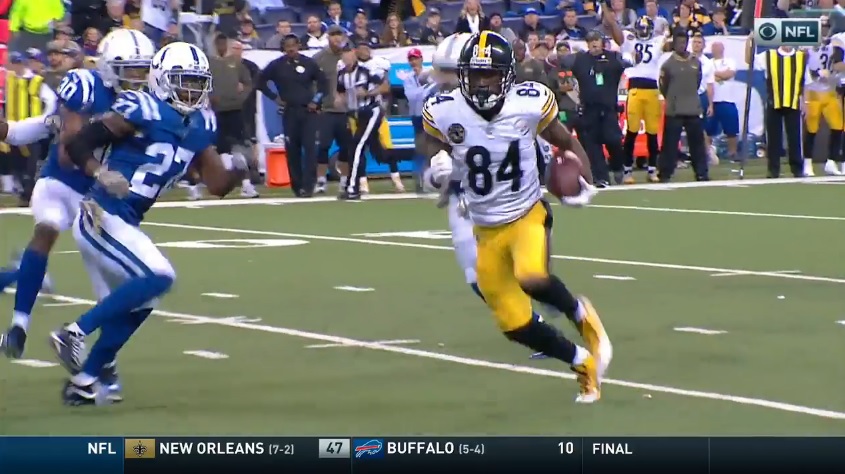 Ben Roethlisberger is in his “Toby Keith” phase of his career. There’s a song of his that captures Roethlisberger’s point in his career perfectly. “As Good As I Once Was,” with the chorus:

Roethlisberger may no longer be the consistently excellent quarterback he once was but he’s capable of making one great play of yesteryear. That showed up on the game-winning drive to beat the Indianapolis Colts, a 1st and 10 completion to Antonio Brown that gained 32 yards and put the Steelers in field goal range.

It was a busted play, one meant to get the ball out quick, and turned into a make-it-up-as-you-go scramble drill Roethlisberger thrived on for a large chunk of his career.

The call was a slant/flat concept to the boundary and a bubble screen for Martavis Bryant to the field. The ball is supposed to come out at the top of Ben’s drop. Both tackles are cutting the edge rushers to keep their hands down and keep the throwing lanes clear. That doesn’t lend itself to having to hold onto the ball. But that’s how things unfolded. 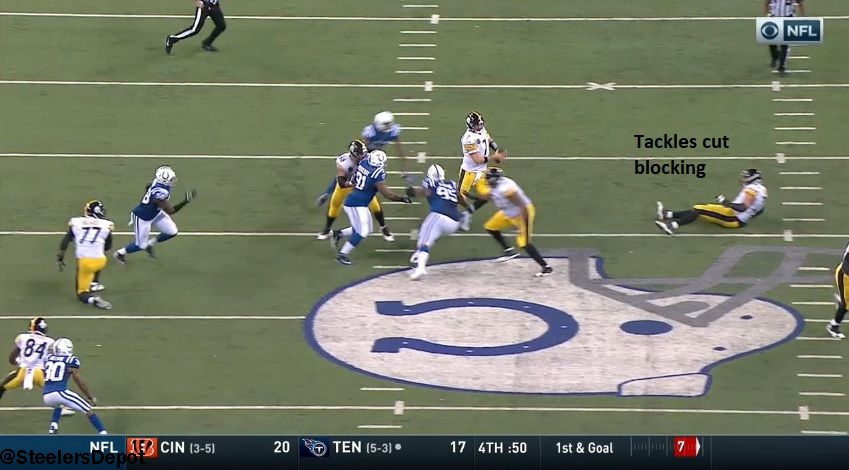 So there’s pressure off his left side and as Big Ben climbs, up the middle. Two Colts who get a hand on him. But Roethlisberger keeps vision downfield. And that’s where Brown comes into the play. After sitting down on his original route, Brown realizes the play is breaking down. And like he’s done time and time again, he works the scramble drill. Run away from the defender, find grass, get in the vision of the QB. 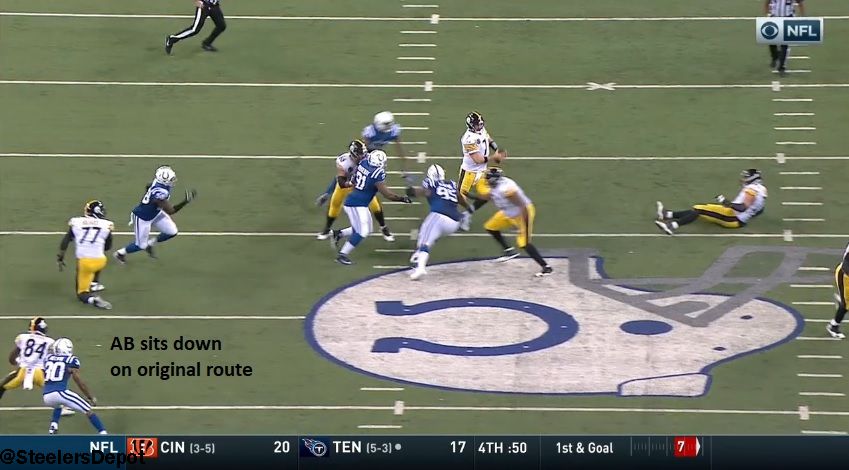 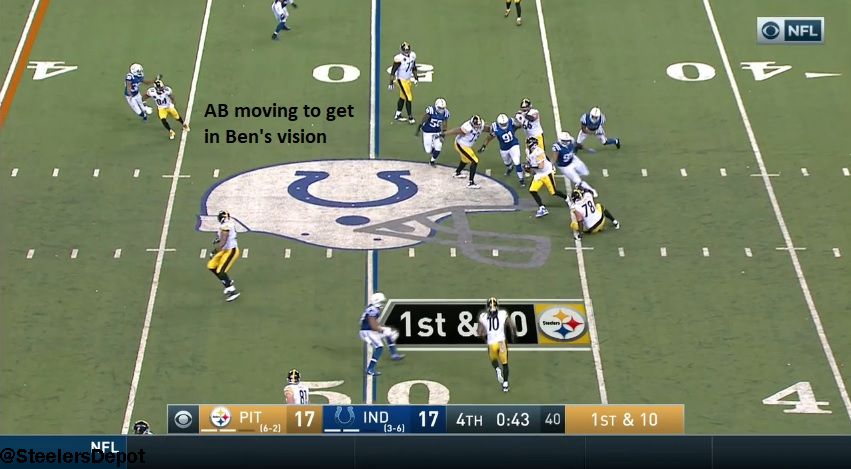 Ben makes the throw, Brown the catch, and AB does what he does best. Quick to secure the ball, get upfield, make several guys miss, and finish off the play. 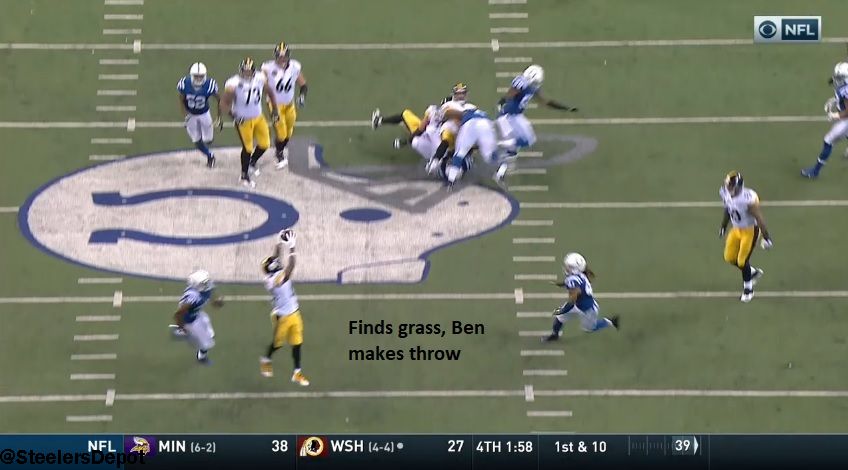 Two looks at it from the broadcast and replay angles.

Roethlisberger working the scramble drill isn’t nearly as common anymore and why I’ve rejected the idea he’s still “Backyard Ben.” It’s been much more conventional and at earlier points against the Colts, he was struggling in those scramble drill plays (and guys weren’t getting open).

It was Joe Haden, the fresh face from the outside, who commented on the chemistry those two have when the play falls outside its structure. Here’s what he said a couple weeks ago.

“The one thing he has with Big Ben is the scramble drill. Once that first initial route breaks down, AB is the best I’ve ever covered of helping the quarterback scramble and get open, creating the next route.”

After the game, Roethlisberger told reporters that “When AB and I start making plays, it’s pretty fun.”

Fun play. An old school one. And a game winner.

Moments like that aren’t going to happen all the time anytime. But one time, it looks as good as it’s ever been.