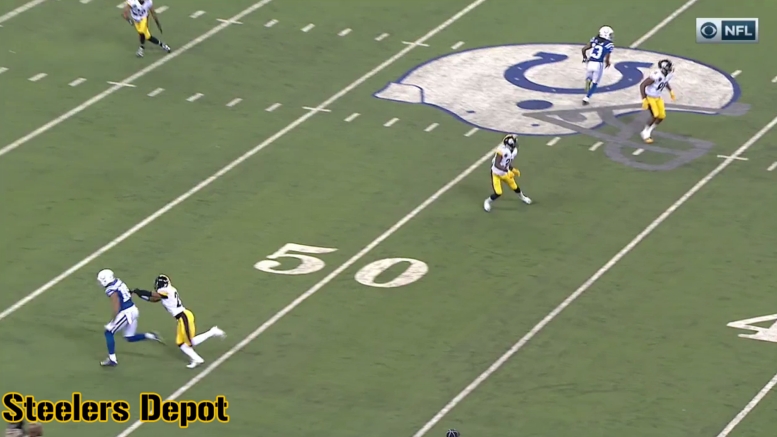 Through the first several weeks of the season, the Pittsburgh Steelers were among the top secondaries in the league, not just in terms of limiting total yardage output, but also with respect to limiting the big play. Not just the explosive plays, but the huge, field-flipping plays, which often end up as scores.

Part of that, admittedly, was due at least to a degree simply to luck. Alex Kozora wrote an article—or was it created a video—several weeks back highlighting some of the instances this season in which the defense got away with preventing a big play that was set up for them to give up.

The defense has not been getting so lucky anymore in recent weeks, and it’s beginning to become a trend, which could become a problem, if the problem is not addressed quickly. As it has always been since the Dick LeBeau system was installed, this system is predicated upon keeping the play in front of you.

Through weeks one through five, the Steelers did not allow a single passing play of 40 yards or more. Not one. It is a big reason why they were leading the league in passing yards allowed per game at that point. I can’t recall if they were the only team to have not done that at that point, but they were certainly one of the few.

Now, five games later, they have allowed seven plays of 40 yards or more, starting with a big 57-yard touchdown from Alex Smith to De’Anthony Thomas in Kansas City, though of course they went on to win that game.

The floodgates, since, have opened. While they did not give up any huge plays through the air against the Bengals a week later, they have given up two in each of their past three games, and they have hurt. Given that they have played twice this week, they have given up three touchdowns of 60 or more yards just in the past several days.

It started on the other side of the bye week, with Matthew Stafford in Detroit finding success getting his receivers in space. He found Marvin Jones for 43 yards, and threw Eric Ebron open on an intermediate pass that went for 44. Mercifully, neither of them scored.

But Jacoby Brissett had about two good passes all night on Sunday, and both of them reached their destination in the end zone. First it was a 60-yard strike to Donte Concrief, beating Artie Burns. Then it was a 61-yarder to Chester Rogers, attacking the Steelers’ Cover-3 with four verticals.

Just last night, Marcus Mariota beat the defense for two long plays, including a 75-yard touchdown to Rishard Mathews, beating Coty Sensabaugh on a deep post, with safety Robert Golden missing a tackle on the back end.

Topped off by another 42-yard hookup with Delanie Walker down the seam, that’s seven 40-plus yard passes allowed, including four touchdowns, in the past five games. The Steelers cannot allow this to continue to happen.