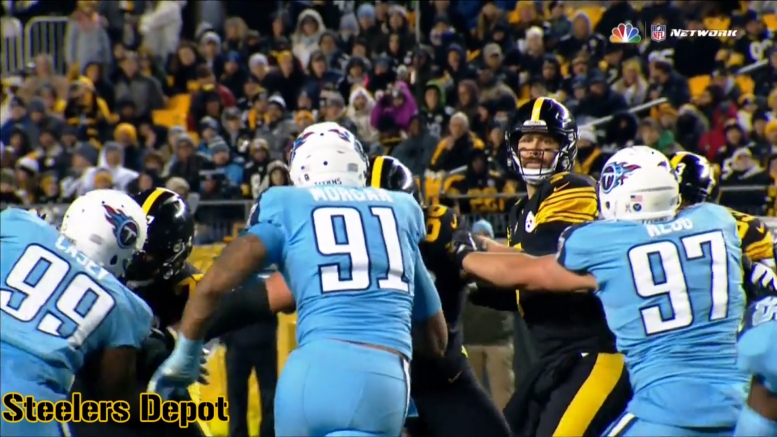 It is fair to say that Pittsburgh Steelers quarterback Ben Roethlisberger is not having the best season of his career, nor even within his past few seasons. It is also fair to say that he has brought questions about his commitment upon himself due to the fact that he talked about retirement during the offseason and refrains from committing to playing beyond this season.

Yet I also believe it is fair of him to take issue with those who say that he no longer has it in him mentally to continue playing; that he is ‘mentally retired’. This is a topic that I wrote about following the five-interception game against the Jacksonville Jaguars, following which an off-hand insincere remark was taken out of context and blown out of proportion.

Coming off his best game of the season, however, during which he threw for four touchdown passes and 299 yards without during the ball over, he spoke yesterday during his usual radio stint on 93.7 The Fan and talked about the gossiping about his purported ‘mental retirement’, and he wasn’t thrilled by the talk.

Saying that those people “don’t know what they’re talking about”, as transcribed by Jeremy Fowler of ESPN, the veteran quarterback sounded off. “I’m going to go out here and bust my butt every day and be limping with bruises and put my body and my family through this and not care?”, he asked. “You’re absolutely nuts”.

After all, he does have a point. Even for the quarterback position, any NFL season is a grueling one physically, as well as mentally, that takes a toll on you. He may not be playing the best football of his career, but I have a hard time imagining this team would have managed to get to 8-2 without him being fully invested in the process.

While his comments read as somewhat personal, Roethlisberger insists that he “laughed about” such comments, as when a certain ESPN personality that is rather annoying, whom I won’t name, questioned his commitment. “I’ve done this long enough, too, that I can let it roll off my back”, he said.

“‘Why is Ben still playing if he doesn’t care? If he’s not playing well, he must not care about it’”, Roethlisberger asked the question for his doubters. “It couldn’t be further from the truth. You don’t know what you’re talking about”.

Playing in his 14th NFL season, Roethlisberger is putting up some of the lowest numbers of his career, though they are improving as the season goes on. His completion percentage and yards per pass attempt are both among the lower totals in his career, while he is maintaining the third-lowest quarterback rating over a season.

In the meantime, he is beginning to pass members of the Hall of Fame in all-time numbers, such as completions and passing yardage, in the top 10 in NFL history in both categories. Will he continue to make history into the 2018 season? I don’t think he even knows right now. That is what he would have us believe, anyway.