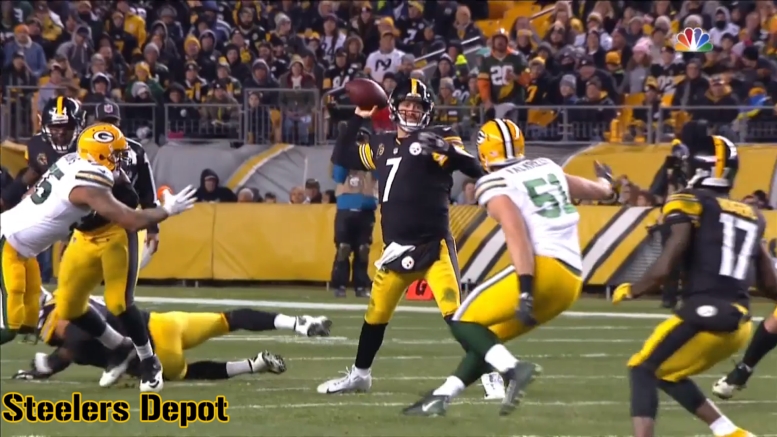 The Pittsburgh Steelers have done plenty of winning this season, but they had not had to do much playing from behind late in the game until recently. Two of their past three wins have required a last-second field goal to serve as the difference, though in both instances a miss would have only resulted in overtime, and not a loss.

Like last season, Ben Roethlisberger’s first game-winning drive did not come until late in the year, but it was followed up soon after by another. He is so far two for three in delivering game-winning drives on the season, his only other opportunity being in Chicago.

Which almost sounds like a disappointment for the quarterback, who said recently during his radio spot on 93.7 that he likes those moments. He had better, considering that he has recorded 41 game-winning drives and/or fourth-quarter comebacks over the course of his career.

He ranks seventh all-time in both categories, currently, passing Eli Manning in game-winning drives on Sunday, which is third among active players, while he is fourth among active players for fourth-quarter comebacks. If he plays one more season, it is achievable to rise to either in both lists, which would see him trailing only Peyton Manning and Tom Brady, who have distanced themselves from the rest.

Of course, when you play for a long time, it helps to accumulate such statistics. But it also helps you get better at them, to.

“I’ve been in almost every situation”, he said, as transcribed by Jeremy Fowler. “I’ve had a drive in the Super Bowl to win it. So I’ve been in a lot of different situations. I think you can go back to those situations when you’re in the next moment and recall things”.

The cachet of his prior success also serves to aid those around him, particularly his younger teammates, as they look to him for leadership in those moments, and for the hope and belief that their goal is one that is achievable.

“If I can portray and come across as I’m not worried, we’ve been here before, we can do this, we’re okay”, he said. “I hope they see that confidence and it comes across when we’re on the field”. And, of course, we have heard from a number of teammates over the course of years that that is exactly the case.

Personally, I’ll take the 40-17 games over the 31-28 ones. It’s better for my blood pressure, for one thing. But one does have to admit that the intensity of a close game is clearly more exciting, and for those in the game, it gets their competitive juices flowing.

“As a competitor, I want those moments”, Roethlisberger conceded. No doubt that is why he has been so successful in them over the course of his career.