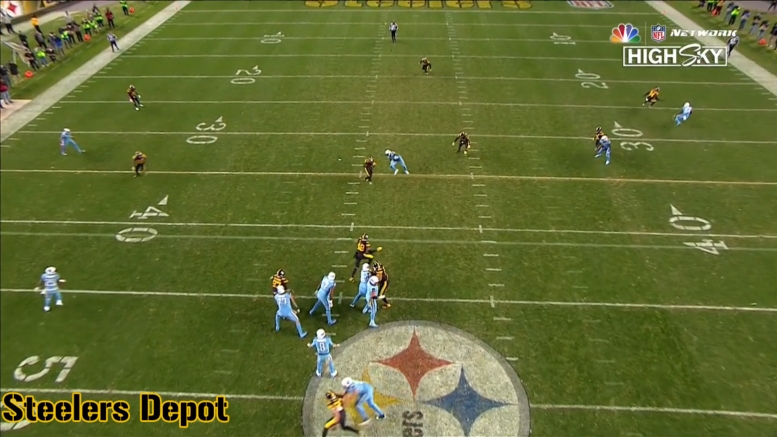 Far more often than not over the course of this decade, the Pittsburgh Steelers have been an average team at best in terms of taking the ball away, especially when it comes to picking off passes. Following a big four-interception game against the Titans, could that be changing?

Through 10 games, the defense now has 12 interceptions on the year, which puts them on pace to record more than one per game for just the second time since the 2010 season, when they recorded 21 interceptions thanks in large part to safety Troy Polamalu’s seven.

Nine different players this season have also intercepted at least one pass. While linebacker Ryan Shazier leads the team with three interceptions, and T.J. Watt, the rookie, also has one, the Steelers have had seven different members of the secondary intercept at least one: Mike Hilton (with two), Sean Davis, Joe Haden, Coty Sensabaugh, Robert Golden, J.J. Wilcox, and William Gay.

And we are still waiting upon the first interceptions of the season from Artie Burns and Mike Mitchell, the only two members of the starting secondary yet to pick off a pass. Yet even if they do, it still wouldn’t tie the 12 different players who intercepted at least one pass for the team in 2015.

The Steelers had 17 interceptions that season, but in every other year between 2011 and 2016, they had a maximum of 13, and usually 10 or 11. The 13 came last season, thanks largely to Shazier and Burns each having three, and two from Timmons.

The Steelers this year already have more interceptions in 10 games than they did in any year over a full season from 2011 to 2014, during which they averaged 10.5 interceptions per season. Nobody ever had more than three in a season, and twice the leader on the team had only two.

Part of the reason that interceptions were down is because sacks were also down. And not just sacks, of course, but also consistent pressure. After all, you can’t record a sack an in interception on the same play; sacks are just indicative of solid pressure.

The Steelers have been better this season in generating pressure than they have in years, getting pressure on about 30 percent of their rushes, which according to some stat trackers is top five around the league. Their 34 sacks in 10 games roughly equates to what they were getting over full seasons from 2011 to 2014.

The question really is what happens now. They jumped from eight interceptions to 12 in one game. Do they build from that, or does that stand out as an outlier? This offense could certainly use the benefit of some short fields, and maybe a free touchdown or two, from time to time.