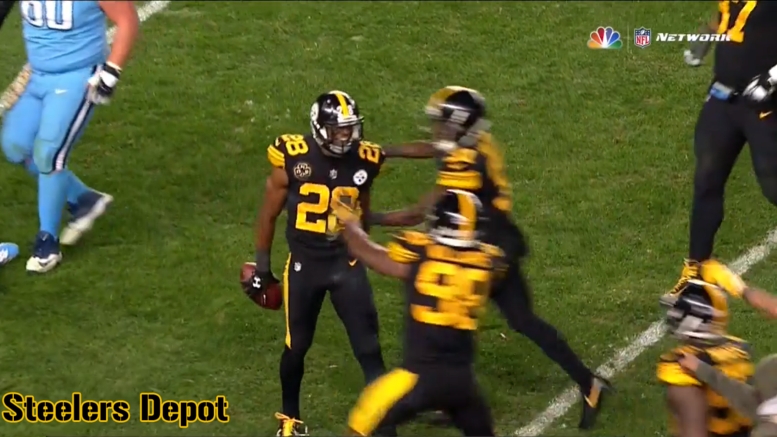 Question: Does last night’s performance in any way reshape how you view the Steelers of 2017?

The Steelers for the first time all season got an opportunity to play under the lights on their home field, just their second primetime game of the year, though there are more to come just behind. But the first home game under the lights was also the first game that saw them go off offensively…and defensively.

Ben Roethlisberger threw four touchdown passes and Chris Boswell hit on four field goals as the Steelers put up 40 points and more than doubled up their opponents. The defense registered four interceptions, the most that they have had in over a decade, and added five sacks to boot, with four of them coming from the defensive line, among three different players.

While there were still some issues on both sides of the ball—the running game was still average, the defense missed tackles and was still gutted for some big plays, despite ultimately containing the Titans—Pittsburgh never let the game get away from them, and in fact they led from start to finish, scoring a touchdown on the opening drive and never drawing even.

Even special teams made some plays, as T.J. Watt recorded a blocked field goal and Antonio Brown actually looked dangerous on a punt return. With a defense that is able to get after the quarterback and make plays on the ball, and an offense with a quarterback that can hit big-time throws, this suddenly looks like a team that is 8-2.

And it is a team that is 8-2, by the way, which just so happens to be the best record in the AFC. At least for now, pending the Patriots’ game against the Raiders in Mexico, which should be interesting. But their defeat of the Titans, who came in 6-3, was big, especially considering that New England is the only remaining opponent with a winning record and a healthy quarterback.