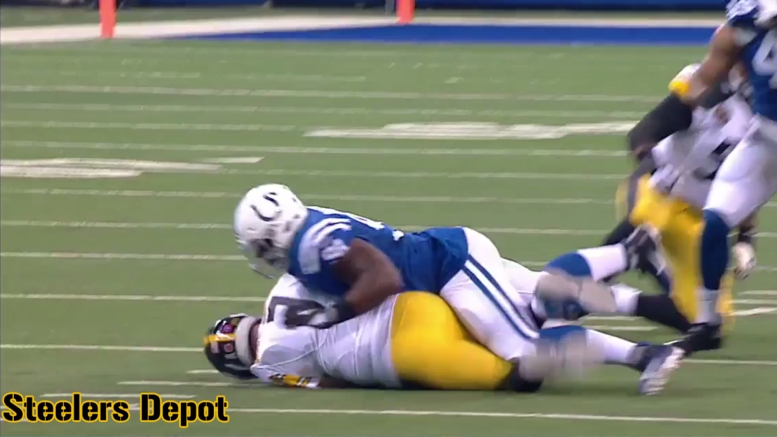 Question: Game Edition – What one thing must the Steelers do to avoid blowing tonight’s game?

The stage is set tonight for the Steelers to really start to author their story for the 2017 NFL season. Running on a four-game winning streak that has mostly consisted of sub-par teams, many of whom they somewhat narrowly escaped, the Titans remain one of their greatest remaining impediments to their ultimate goal.

In order to secure homefield advantage throughout the playoffs, Tennessee suddenly becomes a pretty important player. After all, they are also on a four-game winning streak, and are just a loss behind the Steelers. Should the Titans win, they would have the same record. And the head-to-head tiebreaker.

For semantic purposes, I should point out that if the Chiefs also win this week, resulting in the Steelers, Titans, and Chiefs all being 7-3, then the Steelers would still control the number two seed, as the head-to-head tiebreaker among three teams who have not all played each other is not applicable. The next tiebreaker is the conference record, and Pittsburgh would still have the best, at 5-2, even with a loss.

To really belabor the issue, which will not even be relevant for long, with six more games to play after this, should the Patriots also lose in Oakland and fall to 7-3, the Steelers would still have the top seed, for the same reason. New England would have a 4-2 conference record. Edit: A reader pointed out to me that the Jaguars are also 6-3. They currently have a conference record of 6-2 and are playing the Browns. If the Steelers, Patriots, Chiefs, Titans, and Jaguars all end up at 6-3, here’s how it would go:

The Titans and Jaguars are in the same division, so they would have to settle a tiebreaker. The Titans beat the Jaguars earlier this year, they the Jags would be put aside for the moment until the Titans are seeded. In this scenario, the Steelers would still be on top, then the Chiefs and Patriots would have to break a tiebreaker among them based on common games if there are at least four. I don’t feel like figuring it out right now, but they would be two and three, followed by the Titans. The Jaguars would still be a wildcard.

But what was I even talking about again? Oh yeah, avoiding the above scenario by beating the Titans and assuring to not do the one thing that would make it most likely that they would lose. And what would that be?

This is the class participation part of the lesson.