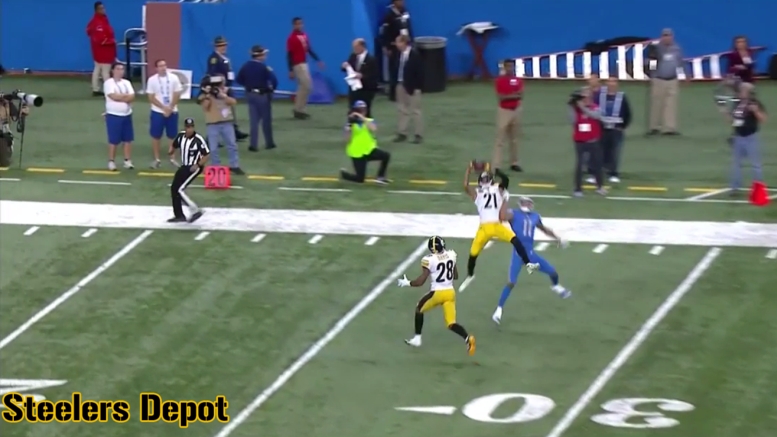 Before we have kickoff today, I wanted to take one more pause in the waning hours of our ‘off’ time stemming from the bye week. I spent most of the past two weeks evaluating the top 24 players on offense and defense for the Pittsburgh Steelers, but in this article I want to devote some reflective thoughts to the team’s free agency class.

By that I mean, of course, outside unrestricted free agents with the requisite number of accrued seasons. The Steelers signed six of them, from the start of the free agency period all the way through to the end of August, so let’s talk about them. We’ll do them in the order in which they were signed.

The first outside acquisition of the offseason was wide receiver Justin Hunter. The former second-round pick bounced around three teams the year before, but ended up signing on to a team with a wide receiver depth chart that was shallower than it first looked.

Still, he has had trouble getting on the field, spending several games on the inactive list, and he has not made many contributions, his biggest to date being a conversion on I believe third and five in the team’s last game against he Lions. He is the fourth or fifth on the depth chart—occasionally sixth.

The second signing was Knile Davis. His primary competition was thought to be Fitzgerald Toussaint, but it ended up being Terrell Watson who won the third spot on the roster. Toussaint remains on the practice squad, while Davis remains unsigned after looking pretty unimpressive throughout the summer.

Next up was Coty Sensabaugh. Very late in the preseason, the Steelers moved to thrust him in the competition at left outside cornerback with Ross Cockrell. Of course, neither of them ended up winning the job, but he has been a core member on special teams as a jammer and on kickoff coverage.

The biggest signing of the initial period was defensive end Tyson Alualu. He has played for the majority of the season to date due to injuries to Stephon Tuitt, and has proven to be a great signing, with the ability to start if necessary. While he lacks much in the way of the pass rush, he does have two hustle sacks and has played the run well.

Heading into minicamp, the Steelers signed Titans safety Daimion Stafford. In spite of the fact that they were immediately looking at him for a possible dime role, he never reported to training camp and has evidently retired.

Finally, there was the late splash signing. When the Browns released former Pro Bowl cornerback Joe Haden, the Steelers pounced, signing him to a three-year contract later that same day. He has been plug-and-play and has gotten better throughout the year. His signing really helped solidify not just the secondary, but the entire defense.

Of the six signings, two failed to make the roster, while two have been major contributors, including one major addition as a full-time starter. They also added Vance McDonald and J.J. Wilcox, which deserve a mention, despite their acquisition via trade, and not free agency.