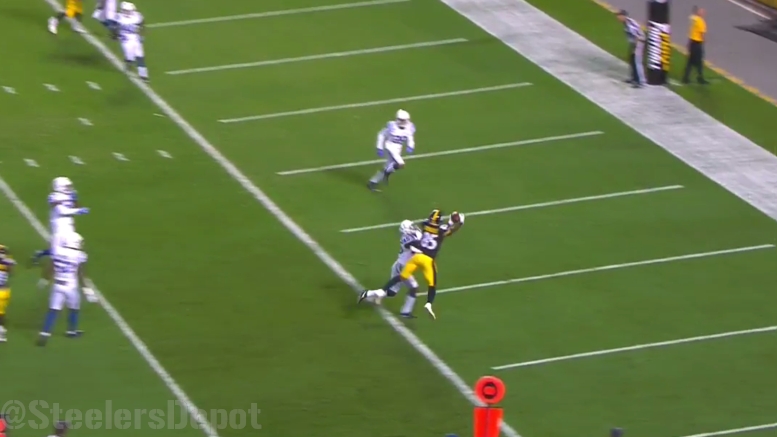 The last time that Pittsburgh Steelers tight end Vance McDonald missed a back, back in the second week of the season, that didn’t necessarily lend itself toward Xavier Grimble seeing for himself an expanded role. But that is exactly what happened last week when McDonald left the game early in the second half.

And it wouldn’t be surprising if that is what we see again today, with Marcus Gilbert also remaining out while recovering from a troublesome hamstring injury that has sidelined him for the majority of the first half of the regular season.

While the Steelers showed earlier this year that they were willing to use interior reserve B.J. Finney in the tackle-eligible role, it seems clear that they are much more comfortable carrying out that package when they have Chris Hubbard available to them.

Of course, they have not had him available to them for that role for most of the season to date because he has had to serve in the starting lineup at right tackle. The only other option for them there would be to start two players who have no snaps in a meaningful game: either Matt Feiler, who has mostly been playing inside, or Jerald Hawkins, who has not yet been active for a game.

So Hubbard is for now stuck in the starting lineup, which I’m sure is a major grievance for him—the sarcasm here being implied—but on the back end of that, we could be seeing an opportunity here for Grimble to make his first significant impact of the season after being relegated to, effectively, the fourth-string tight end with no individual role.

Last season, at least, the young tight end did have something of a role, when Ladarius Green was out anyway, which was most of the year. Being the ‘athletic’ tight end of the group, Grimble got his opportunities smattered throughout the season to run in the hurry-up offense as the receiving option, and he did turn in some impressive receptions.

While his preseason performance as a blocker was inconsistent, he did have a strong showing to close it out. I’m not sure that they will simply plug him right into the role that McDonald has played and hope that he delivers the same results, however.

I know that there are at least a few people here who are in Grimble’s corner and want to see him have an opportunity to show what he can do. That may be what we have on deck for tonight’s game. He did finally catch his first pass of the season, a 12-yard reception on third down, albeit that a third-and-13.